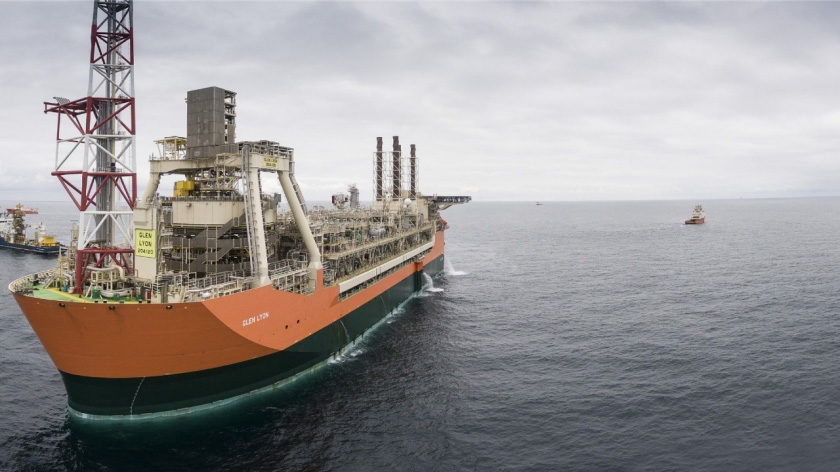 BP has started development of the Alligin field, a two-well development west of Shetland that will tie back to the Glen Lyon FPSO (pictured). Source: BP.

BP has started development of the Alligin and Vorlich in the UK North Sea, adding production to its portfolio in the area with a pair of new fields expected to produce 30,000 gross BOE/D at peak production.

Alligin and Vorlich are satellite fields located near existing infrastructure, meaning they can be rapidly developed through established offshore fields. Alligin, a two-well development west of Shetland, will be tied back to BP’s Glen Lyon floating production, storage, and offloading (FPSO) vessel. Vorlich, a two-well development in the central North Sea, will tie back to the Ithaca Energy-operated FPF-1 floating production facility, which lies at the center of Ithaca’s Stella Area production hub.

In a statement, incoming BP North Sea Regional President Ariel Flores said that the new fields continue on from a period of record investment by BP in the North Sea. The company started production from Quad 204, west of Shetland, last year, which is expected to unlock an estimated 450 million bbl of oil out of the aging Schiehallion and Loyal fields. Clair Ridge, the second phase development of the Clair field, also located west of Shetland, is planned to start up later this year. BP is targeting 640 million bbl of recoverable resources from the development, which includes two new bridge-linked platforms.

“While not on the same scale as Quad 204 and Clair Ridge, Alligin and Vorlich will lead significant production gains and further demonstrate BP’s commitment to the North Sea,” Flores said.

Subsea 7 will deliver project management, engineering, procurement, and construction services for the subsea pipelines connection from the Alligin field to Glen Lyon. Offshore activities are expected to get underway in 2019.