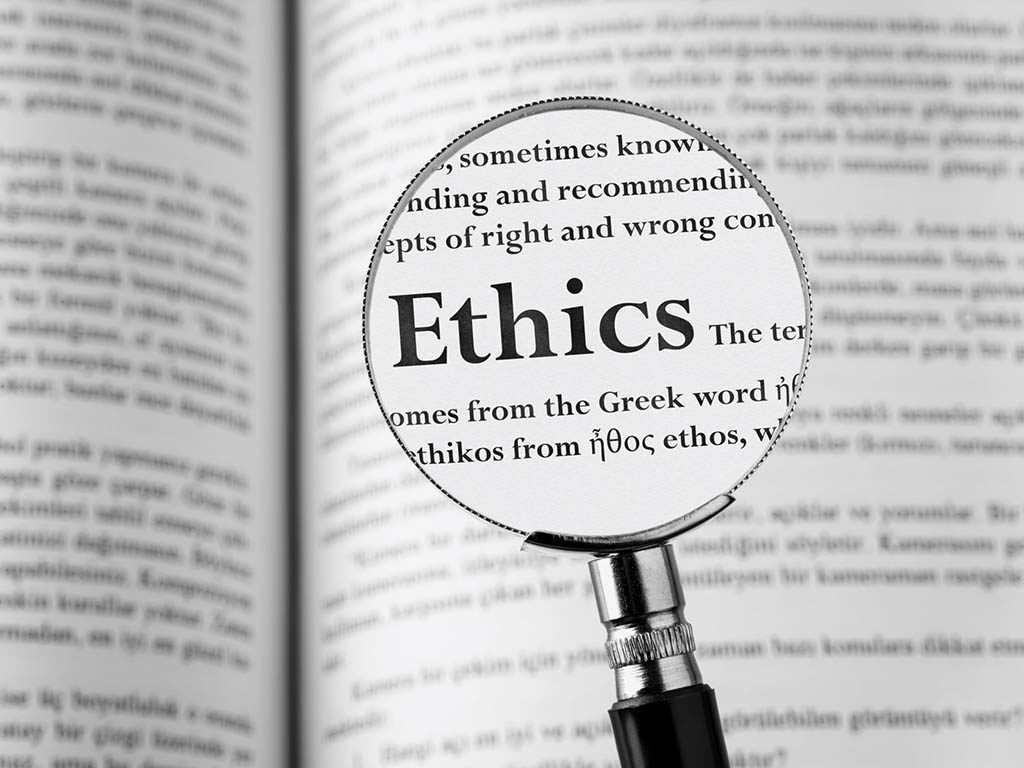 In an SPE training course webinar in April, “Ethics for Engineers,” Larry Brown, a licensed professional engineer in Oklahoma and Texas and an SPE Distinguished Member, reminded engineers of the ethical obligations they carry in their professional careers. Approximately 140 participants joined the webinar to learn about the role of ethics in society and specific ethical considerations for engineers.

Brown said the Texas Board of Licensed Engineers estimated that 30% to 35% of all US engineers are licensed. SPE’s estimates for its members are similar, he said. An early record of engineer licensing related to water rights was documented in 1907 in Wyoming. The first licensing of engineers in Texas occurred in 1937, Brown said.

The legal basis for licensing of engineers is that it enables the state to acknowledge responsibility to the public, sets standards for a minimum level of competence and ethical practice, confers privileges, and defines responsible practices. An industrial exception allows engineers who offer services exclusively to their employers to practice without licensing. Engineers who offer services to the public must be licensed. Brown said there is speculation that the industrial exception may be eliminated in the future and that supervisors working in engineering companies may be required to be licensed.

Brown commented that although society perceives a general ethical crisis, “we don’t have a greater crisis than before. Instead, ethics problems are more obvious due to mass communication.”

Brown said, “What’s true for me may not be true for you, but that’s okay, illustrates an approach to decision making that relies on a relativist context. This doesn’t work for engineers, who work with absolutes. Two plus two always equals four, regardless of what anyone thinks.”

Three general categories of ethics guide people’s decisions, Brown said. The categories are not mutually exclusive, and there may be conflicts between the ethical demands of two or more categories. Citing Kidder (1995), he contrasted elements of each category:

Professional ethics protect the public from unscrupulous practices by those who have exclusive rights to engage in a profession, and are often codified and included in licensing  requirements.

Ethically wrong decisions can be classified as one-time or continuous and deliberate. Brown referred to the Matagorda Island block 669 well blowout in August 1980 as an example of a one-time wrong decision. A mud engineer deliberately left his post and subsequently missed noting the evidence of a kick, causing a blowout at an adjacent platform.

Brown’s example of continuous and deliberate wrong decision making was Bernard (Bernie) Madoff, who confessed to and was convicted of running a Ponzi scheme in 2009 that defrauded investors of billions of dollars.

Decision making often involves making a choice between two right motives, resulting in an ethical conflict. A right vs. right decision may include the choices between truth and loyalty, individual and community ethics, short-term and long-term outcomes, and application of justice and mercy.

Using the choice between truth and loyalty as an example, Brown created a hypothetical scenario in which an engineer’s boss made an error in judgment. He asked the webinar participants to think about their own choices—could they challenge their bosses, or would they choose loyalty and go along with the boss’ decision?

During another exercise, a poll was conducted during the webinar, posing the question, “Without additional knowledge or information, which of the positions do you generally favor?” Table 1 shows the results, tallied from the online responses. 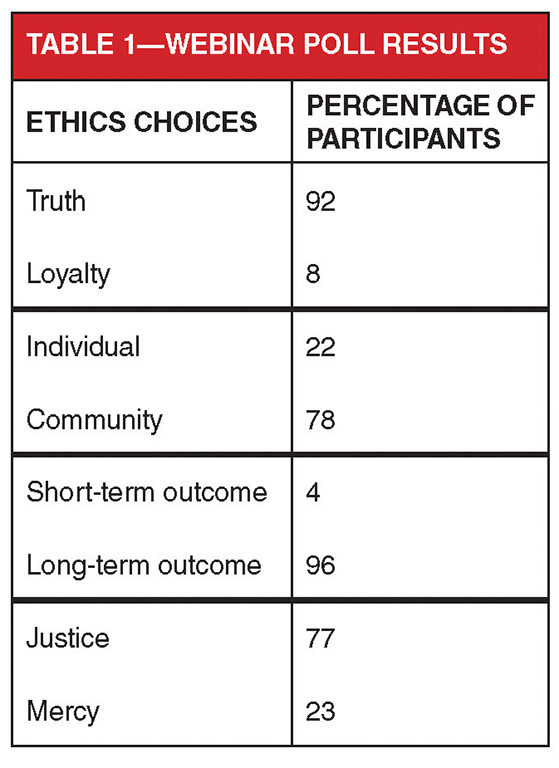 Brown emphasized that the possibility of a compromise solution should be considered when an engineer is facing a right vs. right decision. Brown recommended the following rules, which are dictated by circumstances, for decision making:

He reminded engineers to be cautious in the application of the rule-based approach. It may be too rigid in some situations, precluding compromise.

Brown encouraged engineers to be mindful of ethics in daily practice. He recommended periodic review of SPE’s “Guide for Professional Conduct,” available at www.spe.org/about/docs/professionalconduct.pdf.