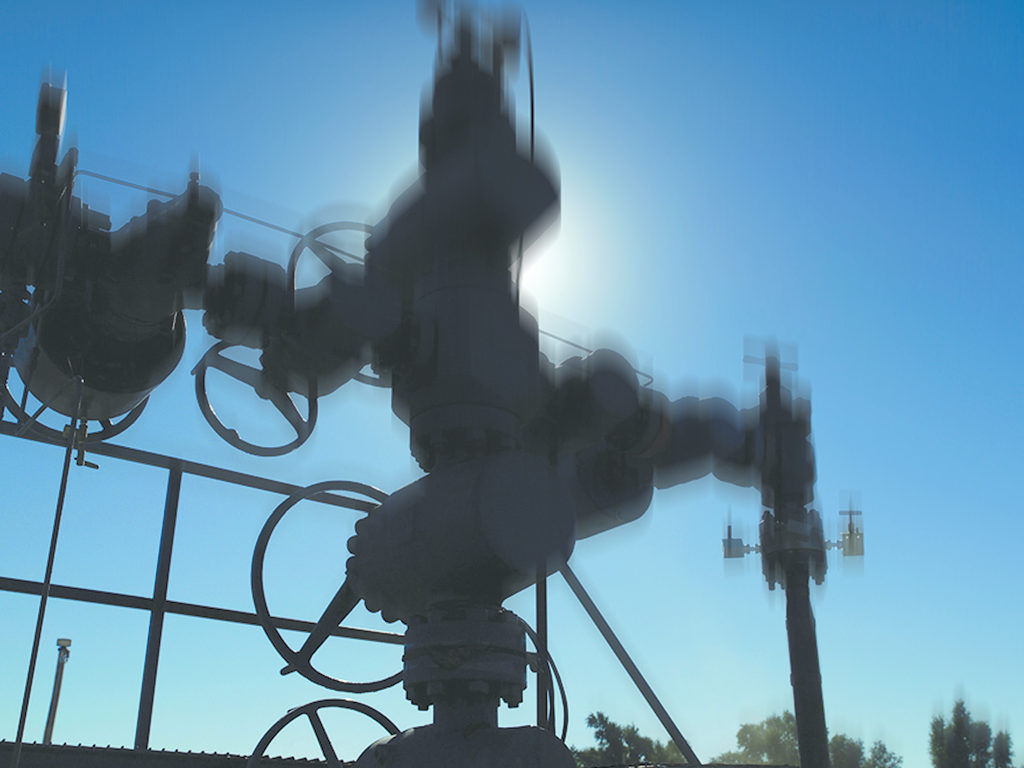 As the development of US shale plays expands to undeveloped or underdeveloped areas, the environmental issues related to surface facilities move to front and center. Operators, regulators, politicians, and the general public have become more aware of and concerned about environmental effects than in earlier times when shale plays were in the nascent stages of discovery, exploration, and production.

Few unconventional gas formations in the United States would be economically viable without the application of hydraulic fracturing to induce fractures in geologic formations and increase the pathways for gas flow. While improving the recovery of oil and gas from shale reservoirs, hydraulic fracturing has also brought unique demands for capabilities, capacities, and infrastructure requirements of surface facilities to support operations.

Barriers often exist that can prevent the accurate and thorough identification and assessment of environmental issues. Robert Holmes, program manager of oil and gas at Tetra Tech, said, “One of the greatest challenges is bringing together the various disciplines involved in a project to communicate with each other.”

Holmes said communication between disciplines is important in streamlining the design of facilities and in garnering the regulatory permits required for the project. Using production as an example, he said, “The people doing the subsurface assessment may be looking at one phase of the project, planning for x number of B/D of production. But then there are additional phases. That’s an important piece of the puzzle for the facilities engineers to know up-front so they can design the facility within the limits of the available footprint and to allow scaling up of capacity.”

A complete understanding of expected production is also important in permitting. “If I know what production is going to be, it’s easier to permit the facility at 2,500 B/D and only produce 900 B/D for a period of time. If the permit limit exceeds the early stages of production, it eliminates the need for having to repeatedly go back to the regulating agency,” Holmes said.

Operators are becoming more aware of the need for improved communication. “We see more clients stepping back in the feasibility stage to bring together a multidiscipline team, including the developer, engineers, operations, environmental, and stakeholder engagement people,” Holmes said.

Environmental concerns have become more widely recognized by an expanded network of stakeholders, including the public. Dan Arthur, managing partner at ALL Consulting, said, “Modern shale gas development has changed in terms of what is viewed as acceptable by society concerning environmental issues, such as how urban and rural environments are affected by oilfield activities. With social media outlets, information about the issues is further expanded.”

Information—and misinformation—can be disseminated widely and quickly by digital communication. In some cases, preconceived beliefs about environmental issues may be founded on a lack of or incomplete understanding of the facts. When planning or operating facilities, it is important to not only identify the environmental issues, but to also understand the underlying causes.

Holmes described a water quality issue in Pennsylvania’s Marcellus Shale play to illustrate how presumptions about causes may be inaccurate or invalid. In 2008, drilling wastewaters were perceived to be responsible for elevated levels of total dissolved solids (TDS) in the state’s Monongahela River.

From June 2007 to October 2008, operators drilling for gas in the Marcellus Shale were allowed to dispose portions of their flowback and produced waters at municipal sewage treatment plants that discharge treated effluents into the river. In October 2008, the Pennsylvania Department of Environmental Protection directed the municipal plants to significantly curtail the treatment of the drilling wastewaters because of elevated TDS levels found in the river. It was concerned that the flowback and produced waters could be contributors.

The Marcellus Shale Coalition, an organization that works with exploration and production companies to address issues related to gas production from the Marcellus and Utica shale plays, commissioned Tetra Tech to perform a water quality study of the Monongahela River.

The study found the following:

The absence of significant changes in TDS over the previous 7 years supported the conclusion that drilling operations contributed only minimally to the total TDS concentrations and mass loadings in the river during the time the study was conducted. The presence of sulfate in the TDS was most likely the result of coal mine drainage.

Taking a long-term view in facilities planning for environmental contingencies is critical. Arthur said, “We spend time with clients to explain that although they may know how they’ve previously done things, we show them how they need to do it now so they’re prepared for what may be coming down the pike. We emphasize the importance of managing change in this modern environment of constant change.”

Managing change can pose obstacles when those in charge lack the breadth of experience in decision making and execution of projects necessary to fully evaluate actions and assess outcomes. The shortage of mid-level professionals from the boom and bust years in the industry and the retirement of senior-level facilities engineers present challenges, including decision makers not having the legacy knowledge in which to view long-term plans. Arthur said, “At one of our largest private sector clients, the average age of its employees is 28 years. Sharp, young people are being brought into
the industry, but because of what happened in the industry over the years, we’re missing the mid-level people and their experience.”

Environmental issues associated with shale plays are shown in Table 1. Although many of the issues are common across the plays, there are unique circumstances. For example, noise mitigation is a higher priority issue in plays located in proximity to urban areas, such as the Barnett, Haynesville, and Marcellus compared with the Fayetteville, where drilling takes place in rural or remote areas.

Horizontal drilling, the predominant method used for extracting oil and gas from shale plays, is often criticized because of the hydraulic fracture stimulation associated with this technique and its potential effects on the environment.

In a 2009 paper (SPE 122931), the authors cited differences in land impact when horizontal and vertical drilling methods were compared.

In a study prepared for the US Department of the Interior’s Bureau of Land Management in 2008, “Arkansas: Reasonably Foreseeable Development Scenario for Fluid Minerals,” an analysis of the Fayetteville play estimated that a shallow vertical shale gas well in Arkansas would require a 2-acre well pad, 0.10 mile of road, and 0.55 mile of utility corridor. A total of 4.8 acres of land would be disturbed per well. A horizontal shale gas well would require a well pad of approximately 3.5 acres. With roads and a utility corridor, the total land requirement was estimated at 6.9 acres.

However, the horizontal well has the ability to drain at least four times the acreage of a vertical well. By comparing the disturbed acreage, 6.9 (horizontal) vs. 3.5 (vertical)×4 wells, required to achieve equivalent drainage, the horizontal well results in one-third the disturbed acres than the vertical well. Using multiwell pads in horizontal drilling can further decrease the environmental footprint while increasing production.

In this analysis, horizontal drilling demonstrates advantages in reducing environmental impacts. The paper said the results are less landscaping requirements, vegetation loss, disturbance of wildlife habitat, soil erosion and compaction, and a reduction in the amount of construction needed. Noise and dust caused by drilling and associated equipment is also lessened. Sound walls and spraying of gravel roads with dust suppressants can further reduce these impacts.

Reduction in the number of wells also decreases the number of field workers and truck traffic. If water treating facilities are centrally located, fewer wells at higher production levels may justify the economics of installation of a water transport pipeline.

The paper said the land disturbance for pipeline installation is small and of short duration because the trenches can be filled and revegetated. Safety features such as cutoff valves installed along the pipeline will isolate the line if a leak is detected by pressure drop. Trip-wires overlaid on the pipeline will break if the line is breached by equipment.

Besides flowback and produced waters, the drilling of shale gas wells generates used drilling mud and cuttings that must be managed. The paper said the volume of mud roughly correlates with the size of the well drilled, so a horizontal Marcellus well may generate twice as much drilling waste as a single vertical well. However, as discussed above, a horizontal well replaces four vertical wellsites.

Drilling wastes can be managed on-site in pits or steel tanks. Each pit is designed to keep liquids from infiltrating into vulnerable water resources. Although on-site pits are standard in the oil and gas industry, they are not appropriate everywhere. They can be large and they disturb the land for extended periods of time.

Arthur said, “Pits are a significant issue across all the shale plays. In New Mexico, the New Mexico Energy, Minerals and Natural Resources’ Department Oil Conservation Division (OCD) is currently reviewing the siting, design, operation, and ultimate closure of pits.”

He has been testifying to the OCD on issues related to the agency’s proposed rules to regulate drilling waste pits. When planning pits and impoundments, factors such as water contamination; wildlife endangerment; the distance required to set back pits from residences, surface water bodies, and wetlands; and the eventual in-place closure of pits have to be taken into consideration, Arthur said. Closure methods depend on solids content; solidification of waste fluids or mixing the fluids with soils; and whether a liner will be left in place. Putting soil on top of the pit for revegetation can prevent waste contamination of groundwater and the destruction of vegetation over the long term.