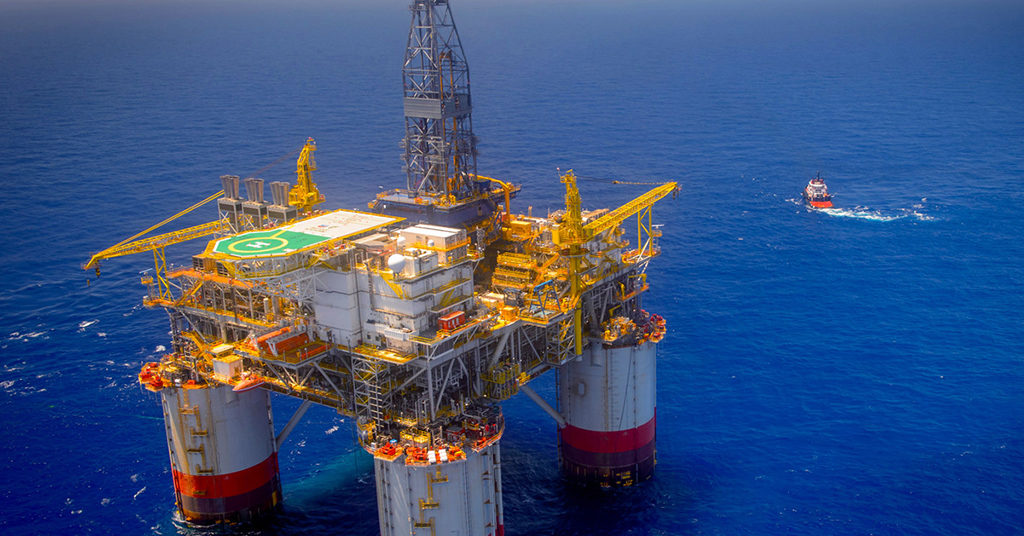 Following a failed installation in 2015, Chevron began delivery of its Big Foot TLP to the Gulf of Mexico in February. Source: Chevron.

Though the price of oil is on the rise, operators in the deepwater space are still focused on providing competitive returns on short-cycle investments, and a focus on efficiency may be critical to ensuring long-term stability. Speaking on the first day of the 2018 Offshore Technology Conference (OTC), Chevron North America Exploration and Production President Jeff Shellebarger shared his company’s approach to offshore deepwater development in the current economic environment.

Shellebarger said that shareholders expect competitive financial performance in deepwater projects and those projects must generate competitive investment returns at the lower end of the price environment in order to be viable and continue to attract investment capital. The industry, he said, is working to meet the challenges of financing through a focus on efficiency, technology, and standardization.

Chevron has been focused on reducing the number of days it takes to drill and complete its wells, and Shelleberger said it has been largely successful on that front. He said the company’s US Gulf of Mexico (GOM) deepwater drilling days per 10,000 ft have been reduced by more than 35% since 2014, and over that same time period it has reduced completion times by almost 40%. In addition, GOM operating costs have been cut in half since 2014 primarily because of the company’s ability to take advantage of general efficiency opportunities.

“If you combined the sustainable drilling efficiencies with the rig rate reduction we’re starting to see as the rigs come off long-term contracts, that will go a long way toward improving overall returns in the deepwater environment,” Shellebarger said.

On the technology side, Shellebarger said Chevron has been using data analytics applications in a multitude of areas including operations, logistics, completions, and reservoir management. He said the company has seen improvements with its subsea pumping technology, which has enabled longer tiebacks that allow the company to better leverage existing infrastructure. He also said Chevron has “made great headway” on high-pressure/high-temperature subsea well control and production components.

An emphasis on standardization has also been critical to lowering project costs, not just for Chevron but industrywide. He said deepwater equipment specifications have been a particular area of focus, as industry has moved away from one-off designs tailored to a specific company’s wants in favor of a single, repeatable design. The industry is moving toward a commodity environment with respect to subsea kits and floating production systems, and operators will play a key role in driving standardization in other areas, Shellebarger said.

“As operators, I think it really starts with us,” he said. “We’ve got a lot of really good engineers in our company. They want their wellhead to be better than anyone else’s wellhead. We can take advantage of much more of the manufacturing process in the industry. All of that is going to work toward more repeatable projects and lower costs overall.”

Shellebarger also discussed Chevron’s deepwater activity during the presentation. In January, it announced the discovery of more than 670 ft net oil pay at Ballymore in the Mississippi Canyon area. The company also holds a minority interest in the BP-operated Mad Dog Phase 2, which was sanctioned last year. And after a failed installation 3 years ago and several other challenges, the Big Foot tension-leg platform is being delivered, with production scheduled to start later this year.

Shellebarger said Chevron has several good prospects for further exploration in the GOM and in other parts of the world.

“We’re doing a lot of deepwater exploration right now,” he said. “It was a little painful at other parts of the price cycle, but we kept the drills running.”