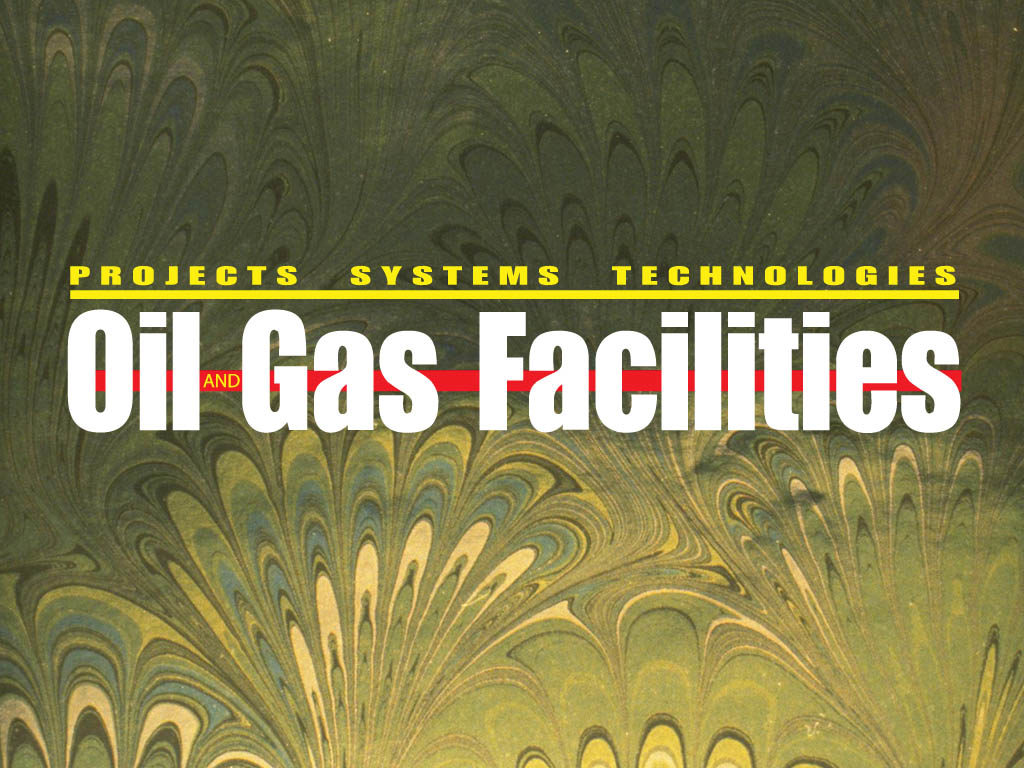 The adoption of subsea processing, including separation, pumping, and compression, is growing (Table 1). High water cuts and limited-capacity topside facilities are among the drivers. 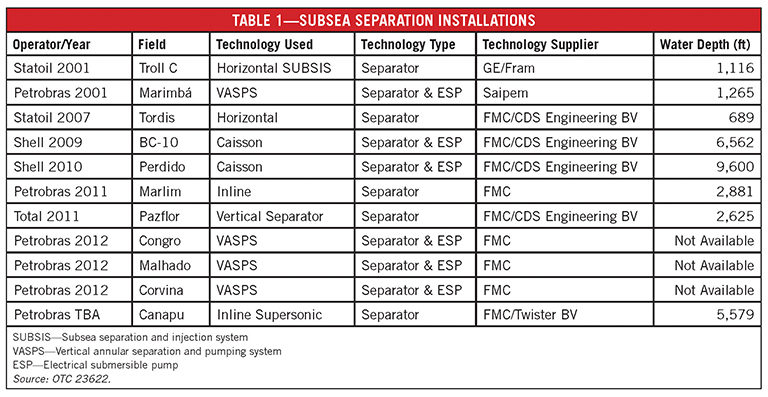 The OTC 2012 Spotlight on Technology awards highlighted two FMC Technologies systems in the Pazflor and Marlim fields. The world’s first installation of subsea separation and boosting in a new subsea field that will produce two grades of oil (light and heavy) was installed in Pazflor field, offshore Angola. The equipment installed in the Marlim field, offshore Brazil, is the industry’s first use of oil and water separation technologies in deep water, and the first subsea system to separate heavy oil and water. It is also the first to reinject separated water back into a subsea reservoir to boost production.

Daigle noted that the control and monitoring of subsea processes will be critical in demonstrating to regulatory agencies that the processes are working, effective, and compliant with regulations. From a review of state of the art technologies relevant to seabed produced water treatment and discharge, Daigle presented the following main findings:

Daigle said that multiphase flowmeters are currently the most commonly used measurement technology in subsea processing installations. Typical measurement principles, not yet used in subsea applications, include:

Emerging and new technologies for measurement and monitoring include:

Reliable and accurate subsea water quality measurement devices will need to work reliably to water depths of more than 9,000 ft with the temperature and pressure of process fluids far higher than that experienced on the surface. Testing and qualification will play a vital role in the technology development and deployment.