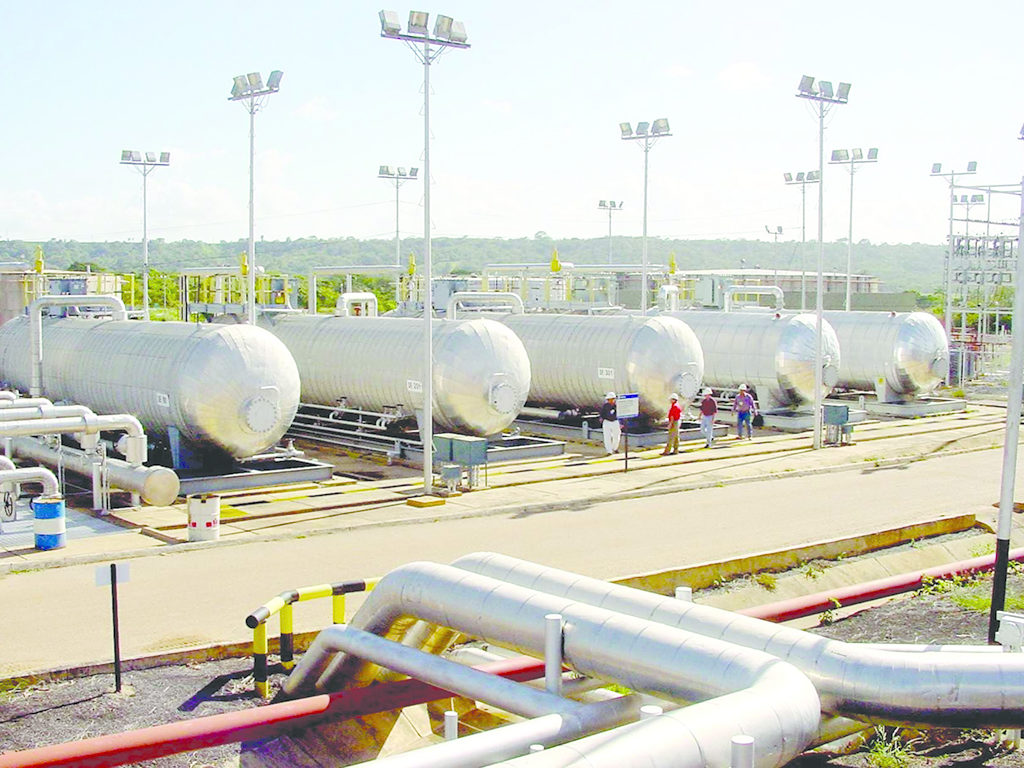 As operators produce more opportunity crude oils, oils that provide a higher refining margin relative to other crudes, dehydration of the oil becomes more difficult. Physical properties of the crude oil, such as API gravity, oil viscosity, and water density, determine the challenges and drive the selection of technologies to be used for effective dehydration.

Opportunity crude oils are generally heavy, described as crude oils with API gravities of approximately 20 or less. Very heavy oil is defined as below 14°API, and extra heavy oil is 11°API and below. Known problematic crude oils include Venezuelan Merey (16°API), Mexican Maya (21°API), and Doba (21°API), produced in Chad.

To dehydrate crude oils with high viscosities, the dehydration treaters must be larger than those used for lower-viscosity oils or the temperature must be increased to lower the viscosity to achieve effective dehydration. However, there is an upper limit of approximately 300°F for most dehydration processes.

Higher operating temperatures require increased size of treater power units. Larger supply systems and substations are required to provide the power to these units. A disadvantage to this approach is that the increased power results in electrical current that heats the crude oil and causes other issues.

Coalescence of water droplets dispersed in crude oil occurs when the droplets collide with enough energy to overcome barriers to coalescence, such as surface films adsorbed on the droplet’s surface, dispersion of fines around the droplets, and interfacial tension.

Electrostatic fields generate forces that can create conditions for improved coalescence of water droplets, resulting in improved separation of water from the crude oil.

Electrophoresis moves water droplets horizontally between electrode plates in a uniform DC electrostatic field. With a force of up to four orders of magnitude larger than dipolar attraction, the water droplets collide more frequently.

Treaters using AC fields are effective for bulk water removal, but their performance suffers when lower water cuts are processed. The lower water cut means the water droplets are farther apart, which weakens their dipolar attraction.

DC fields use electrophoresis to enhance water droplet collision rates and promote coalescence. Because the application of a DC field to an emulsion with significant water content results in electro-corrosion, the method is limited to treaters used in refined products.

Dual polarity technology (Fig. 3) applies a weak AC field to remove bulk water, followed by a stronger DC field to remove remnant water droplets. The potential for electro-corrosion is eliminated because the DC field exists only between the electrode plates

The most recently developed of the enhanced electrostatic field technologies is dual frequency. The dual frequency technology was developed by Cameron; the first patent was issued in 2004, Gary Sams, managing director of research and development at Cameron Process Systems, said.

In AC/DC treatment of crude oils with high conductivity, one set of electrode plates experiences charge decay while the alternate set of plates is being charged. The decay can result in the loss of the DC field. To minimize this effect, the time between charges must be decreased by increasing the frequency of the power source.

The DC field in a treater can be strengthened by replenishing the voltage on the electrodes at a faster rate. Dual frequency technology restores voltages on the electrodes at frequencies of 800 to 1,600 Hz compared to 50 to 60 Hz for a traditional AC system. As a result, “the benefit of the DC field is regained in high-conductivity crude oils,” Sams said.

The low interfacial tension of many crude oils can be used to promote droplet coalescence by energizing the water droplet surface. Modulating the power at a frequency close to the resonant frequency of the dispersed water droplets can achieve this.

The frequency of the power supply (base frequency) is set to a value high enough to minimize field decay and is modulated (pulse frequency) at a rate sufficient to energize the water droplet surfaces. The high sustained field strength energizes the droplets so that they readily coalesce.

Sams said that, for retrofitting a dual polarity unit to a dual frequency unit, the only physical changes required are the power unit and the electronic control system for adjusting the base frequency and modulating the DC field.

He said that there are more than 50 installations of the dual frequency technology worldwide, representing more than 100 transformers. “Some operators using the dual polarity technology have pushed it beyond its capacities or their oil proved to be more difficult than they expected it to be. Following replacement of the transformers at the existing vessel to convert to the dual frequency technology, operators typically see a performance benefit. They’re back to spec and can potentially push more crude.”

Process tests performed at the Cameron Technology Center in Houston verified that crude oil dehydration capacity (flux) can be improved by using AC/DC technologies instead of conventional AC technology.

Besides requiring a smaller footprint, the use of shorter treaters on floating production systems is that trim issues with the floater will have less of a negative effect on the treater level control system. With longer treaters containing level sensors in one end of the treater, the effect of a 1° trim on the floater can push the oil/water interface outside the measuring range of the level sensor, requiring the operator to use manual level control of the treater interface.

Operators of the dual frequency technology require initial training. “Once the technology is tuned and demonstrating that the parameters are operating successfully on the crude being processed, the parameters really don’t need to be adjusted again,” Sams said. “The operators need to understand that they shouldn’t be tweaking knobs for the sake of tweaking knobs, because that will get the process out of sync quickly.”

“Operators can also be reticent to make adjustments to the technology until they gain an understanding of what it can do for them. Once they have that understanding and realize that they have another tool available to them besides chemistries, temperatures, and reduction of flow rates, they realize they now have a means to tune their operations at a fairly modest cost. They are no longer incurring the same costs for chemistries or heating, and they’re not losing production,” he said.