Project Management With a Focus on Details 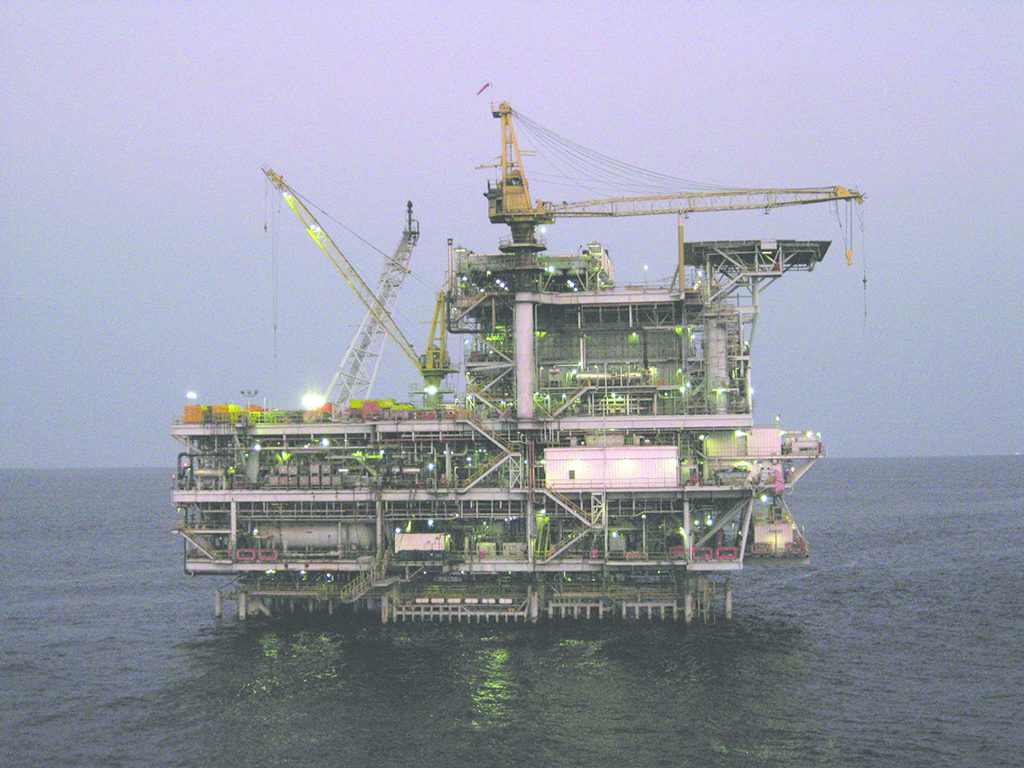 As of February 2011, Dynamic Angola successfully completed a brownfield project of the South Nemba A platfom in 386 ft of water. The project was completed over the course of 20 months offshore, with more than 2.5 million man-hours with a strong safety record.

With the complexity of most offshore facilities in today’s market, project management has become a process of drilling down to discover the smaller details hidden within the bigger picture. “If you get the little things right, the big things seem to disappear,” said Donnie Sinitiere, vice president and managing director international EPC for Dynamic Industries.

The company recently completed a major installation offshore Angola in west Africa and is currently ramping up to execute a second project in the same arena. “Project management begins when you’re preparing your proposal to bid,” he said. Each offshore project is unique, and an early planning phase can extend from a matter of months to more than a year depending on the complexity of the scope of work and the geographical region of installation. Organizing an execution plan and determining how much time will be needed is an important first phase in any offshore project.

The majority of offshore projects have a long life cycle. Once an operator has qualified contractors based on their capabilities, safety performance, and capacity, an invitation to bid is released. The time limits for projects are set by the operator’s scope of work and internal considerations, which can vary. “During that period of time, depending upon the phase the project is in, you have adequate time to plan that project and to organize execution,” Sinitiere said.

Proposal periods can differ drastically for each project, depending on where it is located. Offshore brownfield projects in the US Gulf of Mexico tend to have shorter periods because execution is simplified by the availability of infrastructure. In areas such as west Africa and the Middle East, proposal periods can take much longer.

Timeframe can also be influenced by the project’s current development stage. Many operating companies have stages where a project begins as a concept, which is a very early and incomplete design phase. Work before the front-end engineering and design (FEED) involves some of the FEED work and further validates the viability of the project. Operators begin defining the scope of work in greater detail during the FEED stage. Once funds are committed to the project, it then goes live and the selection of contractors begin refining their execution plans. “The greater amount of time you have to plan, the more successful your execution is going to be,” Sinitiere said.

For offshore regions outside of the US, many major oil companies act as concessionaire to a national oil company. This can also influence a project’s timeframe because both organizations have to go through a similar approval and funding process. “At a minimum, execution planning takes months, typically a year plus,” Sinitiere said. In general, from the time an offshore project is awarded to the time it goes offshore could be a matter of years.

Dynamic Angola is currently active offshore Angola working on a project for Cabinda Gulf Oil, a subsidiary of Chevron. As of February 2011, the company successfully completed a brownfield project on the South Nemba A platform in 386 ft of water.  The company submitted prequalification materials for this project in December 2005. “The timeframe from 2005 to 2011 is an indication of how long a project can take from genesis to completion,” Sinitiere said. Planning for this project began in 2007, and fabrication continued until offshore mobilization in 2009, culminating after 20 months of offshore execution in 2011.

Cumulative man-hours for fabrication amounted to more than 350,000, with a cumulative offshore man-hour count exceeding 2.5 million. The project was carried out safely, on schedule, and under budget with zero days away from work (DAWF) and no reportable environmental incidents. In today’s oil and gas industry, it is not uncommon to see megaprojects reach completion with no reportable DAFW. While the risk involved in working in offshore environments is high, many companies, from operators to subcontractors, practice clearly defined safety protocols with zero incidents set as the goal. “We firmly believe it can be done. You have to plan projects with this goal in mind, offer training, and have proper supervision in place to ensure that all work is carried out safely,” Sinitiere said.

Health, safety, and environmental considerations are a top priority for planning and executing offshore facilities projects. “Can it be done safely? What are the risks? Can these risks be mitigated? These are always the first questions to ask for any work performed in an offshore project,” Sinitiere added.

Training is a key aspect in achieving a zero-incident goal. For many projects the safety performance of contractors is one of the main qualifiers for awarding contracts. Client training programs are often overlaid on the contractors, in addition to robust audits and evaluations being performed on the variety of subcontractors. “We want to know if our subcontractors can adapt to our safety program,” Sinitiere said. “Regardless of the size of a project or whether it is under budget and on schedule, if someone gets hurt on the job, you have failed.”

The company is currently preparing to execute another brownfield contract on the South Nemba A, North Nemba, and Lomba platforms for the same operator. The Nemba ESR and Flare Reduction Project Stage II brownfield project entails further modifications to achieve providing additional gas injection capability into the reservoir. South Nemba A and North Nemba B contain 300 MMcf of gas to be produced, compressed, and injected into the reservoir to enhance secondary oil recovery and eliminate flaring. Dynamic’s role includes engineering, procurement, fabrication, offshore construction and commissioning of various process piping systems, and structural modifications to the existing platforms.

The scope of work includes modifying the existing Nemba A platform to accommodate flows and interfacing with  a new platform currently under construction in South Korea. The process system is designed to flow between the platforms. North Nemba’s incoming pipeline will be rerouted, which requires building and installing new pipeline. In addition to installing a variety of new equipment, the project also includes manufacturing the structural support for pipelines, cable trays, cable transits, and other facilities.

The company began the bidding process in 2011. The project was awarded in March 2012.  The project is scheduled to mobilize in March 2013 and is expected to be completed in 15 months with around 300 to 350 workers offshore.

Executing complex brownfield projects at this level requires close attention to detail. The offshore work will be performed with simultaneous operations (SIMOPS) working two shifts 24/7. An average shift will include around 120 people working on numerous levels of the facility. “You have to plan and progress the various construction activities and work fronts that day as well as what these activities are going to achieve,” Sinitiere said.

Work is planned in a pyramid structure, with each level of management communicating on a consistent basis. As an example for this project, more than 700 spools of pipe will have been installed at completion. “We plan this work down to within a 12-hour period. It’s planned down to the day which pieces of pipe will be installed,” he said. “You have to be able to quickly change those plans if anything changes, especially when working in a simops environment.”

A challenge for this type of project, which is carried out on an existing platform, is the rapid changes and work stoppages that occur during SIMOPS. With construction, all work has to be permitted each day. Many of these permits are for “hot work,” which will be denied should the platform need to perform maintenance that would expose a fuel source to hot work. Even with work scheduled out in advance, situations occur where a permit is denied. “You plan for these types of work stoppages. You have to have contingencies in place. Knowing your execution plan allows you to adapt and maintain productivity,” Sinitiere said. Planning with precision is important, but an execution plan must also remain slightly flexible to prevent lost time because of unforeseen work stoppages for a variety of other reasons.

Getting the necessary equipment and supplies needed to successfully execute a brownfield construction project can be problematic at times. “It’s hard to believe how difficult it can sometimes be to get equipment and supplies to where you are,” Sinitiere said. This is especially true in areas such as west Africa, where the necessary infrastructure is not always present and access to standard equipment can be limited. Unlike in the US Gulf of Mexico, where most equipment is a phone call away, less-developed countries often require an additional amount of planning. “You need to take the approach of being self-sufficient,” Sinitiere said. Often, the ideal situation for successful execution involves transporting all equipment and supplies at the onset.

“Most people really do not have a sense of the length of time it takes to do something in a foreign country,” Sinitiere said. Shipping items from Point A to Point B, clearing customs, and having them delivered ready to be put into service is a major endeavor in many regions. “Unless you’ve experienced it, it is hard for people to relate.”

This includes using human resources in the host country and using businesses and suppliers who operate within the country. “The greater use of local content is really proportional to how successful a project can be,” he added. In Angola, Dynamic is an Angolan company that hires and employs members of the local community to fabricate as much as possible for its current projects and utilizes as many local personnel as possible. The company also prefers local subcontractors when applicable. This provides a positive effect on the lives of local citizens and stakeholders. “If you do it correctly, you are improving lives in that community,” Sinitiere said. Job opportunities and increased business opportunities can have a life-changing effect on an entire family in these countries.

Project management is intended to end with success. However, there is some indication that proper management should also echo success in the neighboring communities. Once the project is complete, the contractor leaves. “What have you left behind?” Sinitiere said. “Hopefully, you’ve left behind a better-trained local workforce that can now take their careers in a different path. The next project in that region will benefit from a local workforce rather than someone from outside.”