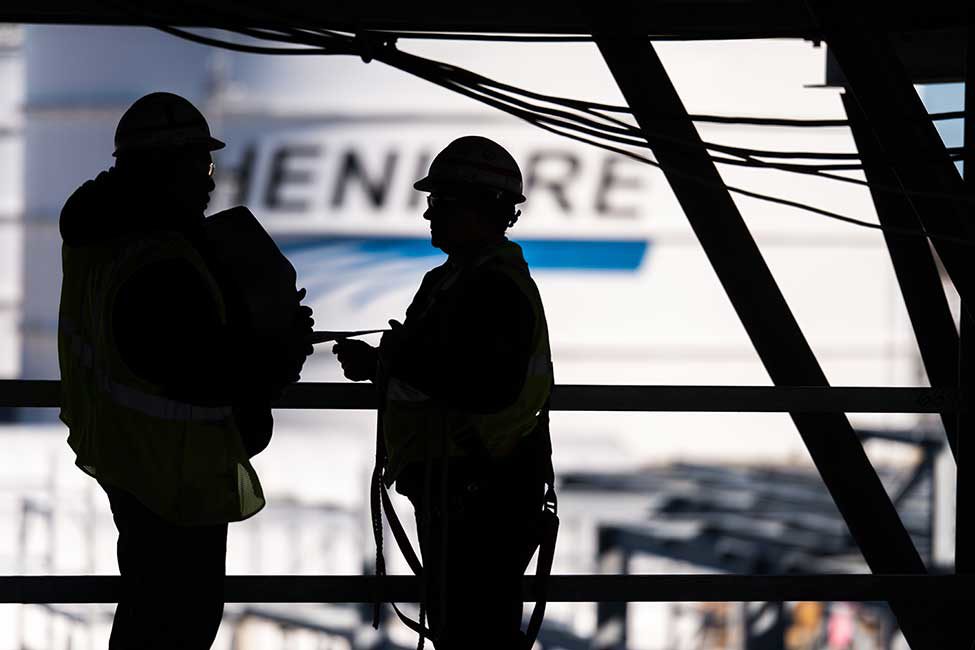 Cheniere Energy, the first US company to begin exports of LNG from the US Gulf of Mexico region, filed a permit request with the Federal Energy Regulatory Commission (FERC) to feed gas into the first liquefaction train at the Corpus Christi, Texas, LNG project (CCL) for commissioning. Issuance of the permit by 29 June was requested.

This follows the 22 May announcement of the company’s positive final investment decision (FID) for Train 3 at the CCL with an estimated total cost of approximately $3 billion.

The company issued a full notice to proceed to Bechtel Oil, Gas, and Chemicals, its engineering, procurement, and construction partner, on 15 June to continue construction which began in late 2017 under a limited notice to proceed. This is the first greenfield LNG export facility in the US.

Bechtel is designing, constructing, and commissioning the LNG trains using the ConocoPhillips Optimized Cascade process, a technology deployed in numerous LNG projects around the world. The process uses three refrigeration phases involving propane, ethylene, and methane to progressively cool the natural gas. Bechtel first used the ConocoPhillips process in a liquefaction plant it built for Phillips Petroleum on Alaska's Kenai Peninsula, which has continuously produced LNG for the Japanese market since 1969.

The CCL is a three-train liquefaction project under construction near Corpus Christi. Each train is expected to have a nominal production capacity of approximately 4.5 mtpa (million tonnes/year) of LNG (which is prior to adjustments for planned maintenance, production reliability, and potential overdesign). The aggregate nominal production capacity of CCL is expected to be approximately 13.5 mtpa.

Cheniere reported earlier this month that the CCL Stage 1 has reached an overall completion of 87.1%, which includes two liquefaction trains, two storage tanks, and civil work on the west jetty and east jetty. Train 1 is expected to see substantial completion during the first half of 2019, with the second train to follow in the second half of 2019. Trains 1 and 2 are expected to come on line next year. Train 3 is part of Stage 2 development and is at 21.5% overall completion. Stage 2 includes one LNG train, one additional tank, and completion of a second vessel berth. The two berths can each accommodate vessels with capacity of up to 267,000 m3. No timeline has been provided.

The company also plans a Stage 3 to develop an expansion of up to seven midscale liquefaction trains adjacent to the CCL project, each with a nominal production capacity of approximately 1.4 mtpa of LNG, or a total of 9.5 mtpa. Existing land position at the Corpus Christi site enables about 20 mtpa of additional liquefaction capacity beyond Trains 1–3. In its investor update last month, Cheniere said it is the largest consumer of natural gas in the US and is projected to be the second-largest LNG operating company in the world in 2020 (behind Qatar Petroleum). As of 31 December 2017, CCL had secured up to approximately 2,024 trillion Btu of natural gas feedstock through long-term supply contracts, a portion of which is subject to the achievement of certain project milestones.

Cheniere said it has approximately 3 mtpa contracted under long-term sales and purchase agreements. It signed two long-term contracts to sell LNG to PetroChina International Co., a subsidiary of China National Petroleum Corp., in February. About 1.2 mtpa will be shipped to China beginning this year. However, the bulk will ship after 2023 though to 2043. The CCL will support the LNG commitments for the deals, and the signing of these contracts was a critical step in reaching the FID for Train 3.

In late 2014, the company signed a 20-year contract with an extension option of up to 10 years with EDP, the Portuguese integrated utility group, for LNG from Train 3. In January, subsidiary Cheniere Marketing entered into a 15-year LNG agreement with Trafigura, a global physical commodities trading group.

Cheniere Energy and Cheniere Energy Partners LP Holdings announced on 19 June that they have reached a definitive agreement under which Cheniere will acquire the remainder of the publicly held shares of Cheniere Partner Holdings (8%) not already owned by Cheniere. The transaction is expected to close by the end of 3Q 2018.