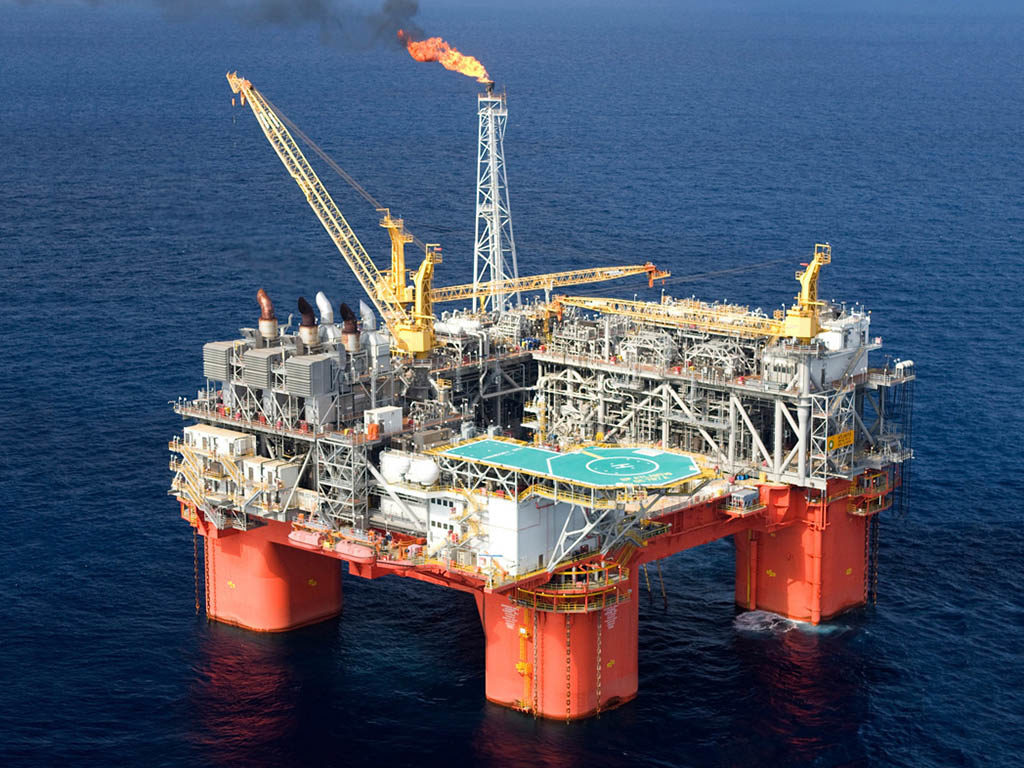 The 2013 outlook for the deepwater business indicates significant long-term opportunity. As deepwater projects become increasingly capital intensive, there are economic challenges for exploration and production (E&P) companies and a potential prize for international oilfield service and equipment vendors.

Douglas-Westwood’s report, the Deepwater Market Forecast 2013–2017, forecasts global capital expenditure (Capex) of more than USD 223 billion over the period, double the amount spent in the preceding 5-year period. The Golden Triangle of deep water—which includes west Africa, the Gulf of Mexico (GOM), and Brazil—will account for 80% of this expenditure. African and Brazilian developments are expected to drive the forecast spend, with developments of the former largely concentrated in Angola, Ghana, and Nigeria. Brazil is likely to experience substantial growth, exceeding Africa’s deepwater expenditure toward the end of the forecast period. Activity is being driven by Petrobras investing in development of its pre-salt Campos and Santos basins.

Recent discoveries off the east coast of Africa signify a new deepwater province emerging toward the end of the decade. While this expenditure is not captured within the forecast period, these finds have sparked excitement within the industry as additional opportunities for operators emerge. Deepwater natural gas fields, such as the Golfinho field in Mozambique, could provide high returns if the produced gas can be exported to Asia, where gas prices are high.

As production from mature basins onshore and in shallow water declines, development of deepwater reserves is vital. The sustained increase in oil prices that has occurred over the past few years has increased confidence in the sector, with deepwater projects being viable at USD 80/bbl and upward.

High oil prices have also led to the exploration of ultradeepwater basins. The world’s deepest installation is currently BW Offshore’s floating production, storage, and offloading (FPSO) vessel, BW Pioneer. Operational since February of last year, the FPSO operates in the GOM at a water depth of 2600 m.

While oil price crashes (such as occurred in 2008) affect the deepwater sector, the effect is lessened as E&P operators take a long-term view of projects. Although investments may be delayed, the decisions to proceed are generally made at a later date.

Barriers to financing of deepwater projects are slowly being withdrawn with the relaxation of the Basel Committee on Banking Supervision requirements and signs of recovery in the equity markets. The committee provides a forum for cooperation on banking matters. Its members are Belgium, Canada, France, Germany, Italy, Japan, Luxembourg, the Netherlands, Spain, Sweden, Switzerland, United Kingdom, and United States. In light of the weaknesses in internationally active banks as revealed by the recent global financial markets crisis, the committee seeks to promote and strengthen supervisory and risk management practices globally.

The outlook for oil companies is positive. Barclays capital survey estimated that global E&P budgets will increase by 7% this year. The top 15 international companies, including Petrobras, Shell, ExxonMobil, and Total, are increasing their expenditures compared with last year. Forty-two percent of the companies interviewed are increasing the portion of their budgets dedicated to exploration.

After Africa, Latin America is the second biggest deepwater region by total Capex, but it has the largest spend forecast over the next 5 years at more than USD 70 billion. Continuing development of the pre-salt basins off Brazil by Petrobras should overtake Africa’s Capex this year. Developments off Brazil include Lula Central and Franco.

Petrobras is the largest energy company in Latin America and the third largest in the world. It has reserves estimated at 16 billion BOE and production of 2 million BOED. Strict local content restrictions and technological challenges have contributed to widespread delays of projects. However, more than 40 deepwater prospects have been identified off Brazil since 2003, and Petrobras plans to deploy approximately 50 FPSOs and semisubmersibles by 2020.

Africa is one of the key regions of the deepwater Golden Triangle and showed the largest deepwater Capex last year. With an expected spend of more than USD 60 billion in the next 5 years, it is expected to be overtaken by Latin America. Most of the major deepwater developments in Africa are located off Angola, Ghana, and Nigeria. Exceptions include the West Nile Delta project (Egypt) and Windjammer (Mozambique).

Nigeria is Africa’s largest oil producer and has an established deepwater oil and gas industry with major players including Shell, BP, ExxonMobil, ENI, Chevron, Total, and ConocoPhillips. Production is under way from the Agbami, Akpo, and Usan developments. Planned projects include Bonga Southwest and Egina, which are large developments.

In North America, the global economic recession led to a downturn in activity in 2009 and 2010. The Macondo incident in 2010 and the subsequent deepwater drilling moratorium resulted in a decrease in oil production from the GOM. Activity has since recovered with drilling rig numbers almost back to pre-Macondo levels and a forecast Capex of nearly USD 40 billion between 2013 and 2017.

While the majority of deepwater projects are drilled with subsea completed wells, Big Foot is a large project in this region to be developed with surface (dry) wells. Another difference in North America is the lack of FPSOs, which dominate in all other regions. For the forecast period, the most common type of floating production and offloading units are spars, closely followed by floating production semisubmersible (FPSS) facilities and tension leg platforms. Shell is planning to use an FPSO on the Stones field in the GOM.

In Asia, the focus remains on the development of deepwater basins, despite a decline in activity during the global recession. The region is expected to see growth over the 5 five years with total Capex reaching more than USD 16 billion. Deepwater projects, such as the Krishna Godvari (KG) basin in India, especially the ultradeep KG-D6 satellite field, continue to be developed.

The eastern Europe and the former Soviet Union region predominantly comprises shallow water projects. Previous Capex was related to the deepwater Gunashli field in Azerbaijan and trunkline projects. Running under the Black Sea to Europe, the South Stream pipeline contributes the majority of the USD 15 billion Capex forecast. Further development of the Shah Deniz project in the Caspian Sea will result in additional expenditure at the end of the forecast period.

Western European shallow oil fields have been facing declining production, and deepwater developments are needed to offset this. The region expects approximately USD 10 billion Capex over the next 5 years, largely due to deepwater basins in the West of Shetlands (WOS) and in the Norwegian and Barents seas. Trunklines will drive much of the Capex as large projects are implemented (e.g., the pipeline that will tie production from the WOS Laggan and Tormore fields back to shore).

Production hardware, defined as units, includes subsea trees, control systems, templates and manifolds, flying leads, and jumpers. Because the amount of production hardware used is driven by the number of wells drilled, its Capex is related to drilling and completion Capex and is expected to total USD 30 billion. This expenditure is concentrated in the Golden Triangle, where a large proportion of deepwater drilling occurs.

Subsea umbilicals, risers, and infield flowlines (SURF) are defined in terms of length in kilometers (km). Because SURF is driven by subsea well numbers, Capex on SURF and production hardware is similar, with USD 32 billion of spend expected over the next 5 years. Risers, however, depend on the number of floating production systems (FPSs) being installed, with vessels in ultradeepwaters requiring longer riser bundles.

More than 10 000 km of subsea trunklines are expected to be installed, incurring USD 26 billion. Approximately half of this occurs in eastern Europe and the former Soviet Union, driven by the large South Stream project, the offshore gas pipeline section from the Russian Black Sea through the exclusive economic zone of Turkey in the Black Sea to the Bulgarian coast near Varna. The planned offshore section is approximately 900 km long. Another large project is the Gasdotto Algeria Sardegna Italia (GALSI) pipeline, which will run from Algeria to Italy.

FPSOs continue to dominate expenditure on FPSs, accounting for USD 18 billion of the USD 20 billion in FPS spending expected over the next 5 years. Only North America does not favor this type of FPS, instead choosing an FPSS for the Hadrian field in the GOM. Latin America has the largest number of FPSs (27) to be installed over the 5-year period, with the majority being FPSOs.

While project delays are not uncommon, they are prominent in the forecast period because of factors such as local content requirements, technological restraints, and geopolitical disputes.

Several FPS projects have been delayed in Brazil, such as in the Espadarte, Franco, and Carioca fields. Petrobras discussed these challenges in a recent report, including technological issues with mooring systems due to the water depth of a field and associated problems with risers.

While FPSs are not the only field development option experiencing delays, they are particularly capital intensive. Consequently, slippage of projects affects Douglas-Westwood’s forecast expenditure.

Similarly, trunklines contribute a large percentage of deepwater projects, and geopolitical issues can cause long delays. Trunklines require the cooperation of governments of both transit and consumer countries, which can be time-consuming and costly.

Despite the delays caused by local content requirements and geopolitical disputes, significant investment will occur in the Golden Triangle with Petrobras investing heavily in developing the Brazilian pre-salt basins. Regions such as Asia, with historically low levels of deepwater activity will experience growth over the next 5 years. Recent discoveries in east Africa will be developed toward the end of the decade.

High oil prices are driving deepwater activity because of the increased viability of projects. However, technological advances and increased cost-effectiveness of existing technologies will be required to ensure the viability of future prospects in both existing and new deepwater discoveries. Barriers to financing are being reduced as equity markets show signs of recovery, resulting in a positive outlook for the deepwater industry.

Rachel Stonehouse  is a member of Douglas-Westwood’s research team. She is active in seismic vessels, discipline engineering, and deepwater research. She holds a first-class degree in economics with econometrics from the University of Kent.