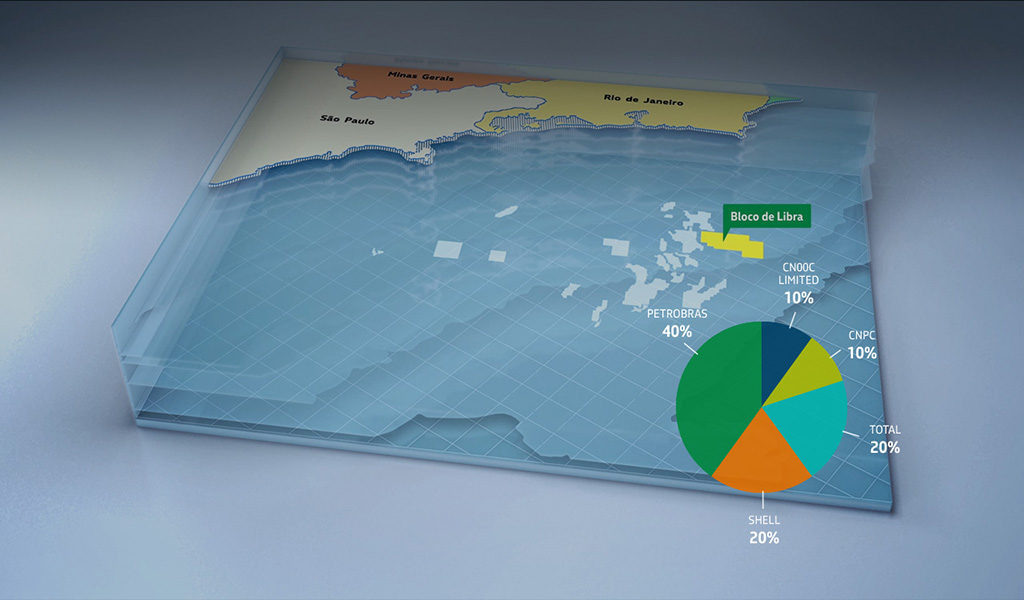 In April, after 2 years of discussions, the Brazilian National Council for Energy Policy and the ANP published a resolution allowing companies to swap the local content commitments of their existing exploration and production contracts for lower and simpler requirements with reduced fines. Source: Petrobras.

Brazil's new local content regulations could fast-track the deployment of floating production, storage, and offloading (FPSO) units, speeding up the pace of presalt oil production by more than 21 billion bbl by the mid-2020s, a new report by Wood Mackenzie analyzing the impact of new local content rules on production, royalty collection, and job creation has found.

Brazil's local content regulations have been the subject of much debate. Introduced in the fifth licensing round in 2003, the requirements, along with fines for noncompliance, increased exponentially over subsequent rounds. This resulted in not only stifling offshore development, but also restraining the domestic industry that the regulations were meant to cultivate in the first place.

In 2017, the National Agency of Petroleum (ANP) rewrote the terms for the Libra (now Mero) field FPSOs. On 11 April 2018, after 2 years of discussions, the Brazilian National Council for Energy Policy and the ANP published a resolution allowing companies to swap the local content commitments of their existing exploration and production contracts for lower and simpler requirements with reduced fines.

"This procurement strategy—which is much more aligned with the local industry's expertise—allows for a more predictable FPSO schedule, benefiting local shipyards through better capacity utilization and productivity gains, and actually increases demand for the local shipbuilding industry despite the hulls being constructed in foreign shipyards."

According to Wood Mackenzie's analysis, by swapping high local content commitments for the new rules, all 36 FPSOs required to develop discovered resources could be operational by 2027, with the first low local content unit delivered in 2021. In comparison, building the FPSOs under the old local content rules would significantly slow the pace of development, with only 26 FPSOs coming on stream by 2030, with delivery of the first fully domestic unit in 2023.

The analysis estimates, with a faster development pace, Brazil's discovered resources could sustain a production capacity of 5 million B/D by the mid-2020s—helping unlock 21 billion bbl of additional reserves—compared to a production plateau of 3.7 million B/D under the old local content commitments.

Faster FPSO deployment would have a knock-on effect on Brazil's economy, creating more jobs and significantly boosting royalty collection. According to the analysis, over the coming decade, this could see more than 95,000 additional jobs generated and royalties doubled from $28 billion to $56 billion.

"With up to five FPSOs targeted for award during 2018, the new rules will have an immediate impact on Brazil's offshore development, debottlenecking the sector and laying the groundwork for faster FPSO deployment,” Miguez said. "Most operators will likely convert their high local content commitments to the new levels to speed up development."

The deadline for interested companies to submit their requests to ANP is 10 August. To date, Karoon and Parnaíba Gás Natural have been the first two oil companies to apply to change the terms of their contracts. The ANP has received several comments on the subject. Among the companies interested are Petrobras, Shell, BP, ExxonMobil, Petrogal and Anadarko.