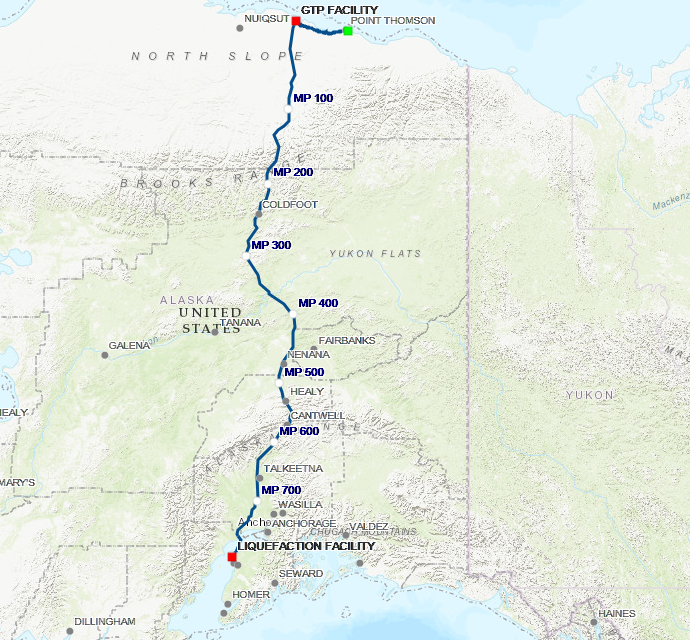 The Alaska Gasline Development Corp. (AGDC) is seeking equity partners, including international energy firms, for its $43-billion LNG project using gas from Prudhoe Bay and exporting it from a terminal at Nikiski. AGDC and the project are entirely owned by the State of Alaska. Construction is expected to start next year with the first full year of production anticipated in 2027.

The project includes a gas treatment plant located in Prudhoe Bay alongside existing gas infrastructure; an 807-mile-long Alaska Gasline, which will be a buried 42-in. pipeline with eight compressor stations; and an LNG facility to be constructed in Nikiski, with up to three production trains with the capacity to export 20 million tonnes per annum of LNG.

The hefty price tag was itemized in a February presentation by AGDC. It said that in developing the construction and capital cost estimate for the project, more than $600 million in engineering, optimization, and project management was spent over a 2.5-year period. The resulting engineering, procurement, and construction cost estimate for the entire project is $27.9 billion. The cost of the project management team used to oversee the contractors building the project is estimated at $3.4 billion. Additional owner’s cost includes FEED ($764 million) and insurance, operating organization and training, startup, and other ($2.1 billion) for a total owner’s cost of $6.2 billion.

North Slope fields are expected to deliver on average about 3.5 Bcf/D of gas per day, much of it destined for an international market, primarily China. BP Alaska and AGDC last month agreed to key terms of a gas sales agreement, including price and volume. AGDC will purchase BP Alaska’s share of 30 Tcf of gas from the Prudhoe Bay and Point Thomson units. BP operates Prudhoe Bay field and owns a 26% share of Prudhoe Bay as well as a 32% share of the nearby Point Thomson field.

AGDC and the State of Alaska signed agreements and memoranda of understanding (MOU) with various Asia-Pacific partners indicating the intent of the parties to move forward with more detailed negotiations this year.

A joint development agreement was signed in November with Sinopec, CIC Capital Corp., and Bank of China which could account for 75% of the project’s offtake. An MOU was signed with PetroVietnam Gas followed by a letter of intent (LOI) with Tokyo Gas Co. Last summer, an MOU with KOGAS was signed as well as additional LOIs with seven other potential LNG buyers in various countries across the Asia-Pacific.