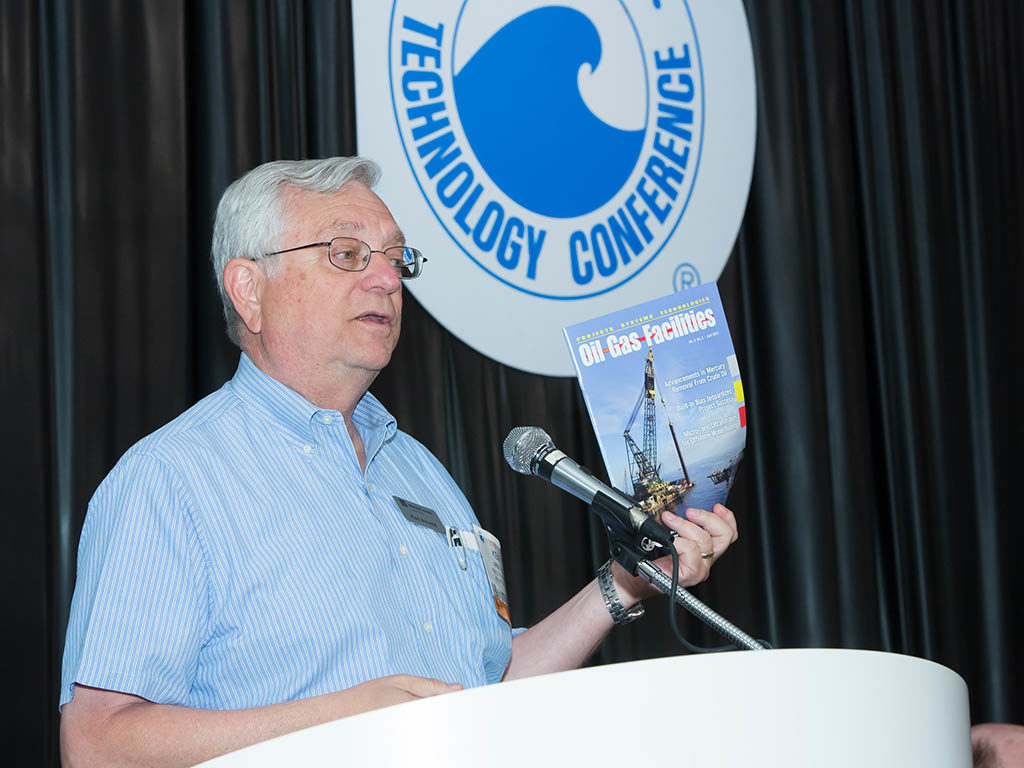 The Offshore Technology Conference (OTC) will present its 2013 Distinguished Achievement Awards on 5 May at the Annual OTC Dinner to Ken Arnold, senior technical adviser at WorleyParsons, for individual achievement, and to Total Exploration and Production for corporate achievement. In addition, the Heritage Award will be presented to E. Dendy Sloan, professor at the Colorado School of Mines, and James Brill, professor emeritus at the University of Tulsa.

Arnold is being recognized for his outstanding leadership and extensive contributions to the exploration and production industry. His achievements include playing an integral role in the offshore industry’s focus on safety through the development of recommended practices for offshore design and safety management. He developed approaches to both equipment sizing and facility project management that are still in use today. He also has been instrumental in the effort to establish oilfield facilities engineering as a recognized technical engineering specialty.

Total is being honored for its Pazflor deep offshore development in Angola. Now more than 18 months into production, Pazflor is one of the world’s largest and most sophisticated deep offshore developments to date.In addition to the first use of subsea separation and pumping on a wide scale, the project included the construction of the world’s largest floating production, storage, and offloading vessel and one of the most complex subsea networks. Pazflor made a significant contribution to industrial development in Angola with 3.5 million man-hours of work undertaken locally. The field started up 1 month ahead of schedule in August 2011.

Sloan and Brill are being recognized for their leadership and pioneering spirit. Brill is a trailblazer in the discipline of multiphase flow in pipes and wells. His research led to the formation of the Tulsa University Fluid Flow Projects. He also founded the Tulsa University Paraffin Deposition Projects. He has published more than 200 technical papers and research reports.

Sloan has been an industry leader, professor, and researcher in the area of hydrates for 40 years. The modeling and simulation tools resulting from his research are used daily for the design and operation of offshore production systems. In 1993, he founded the International Conference on Gas Hydrates. Two decades later, the conference has grown to more than 1,000 participants. He has authored more than 230 publications and five books on hydrates in flow assurance.