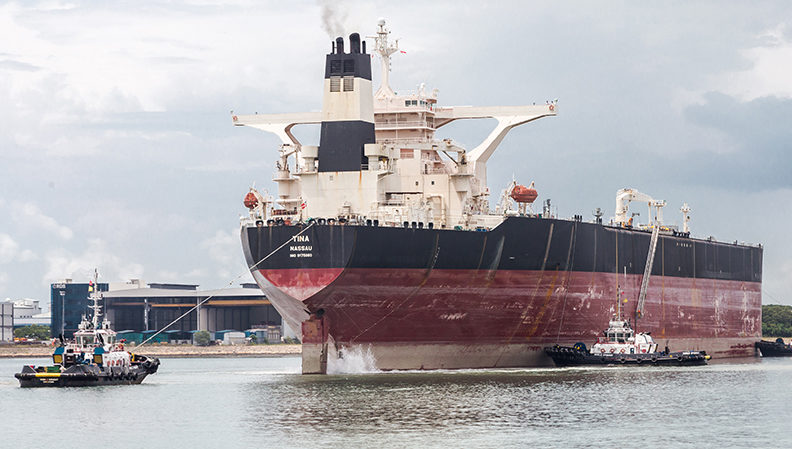 Following FEED and requisite government approvals, project sanction, and authorization to proceed with the next phase, SBM Offshore will construct, install, and lease the FPSO. As part of the deal, it will also operate the FPSO for a period up to 2 years. After this period, ownership and operation will transfer to Esso Exploration and Production Guyana (EEPGL), the ExxonMobil subsidiary that operates the Stabroek block in which the Liza development is located.

The FPSO will produce between 190,000 and 220,000 BOPD after its projected 2022 startup, will have associated gas treatment capacity of 400 MMcf/D, and water injection capacity of 250,000 BWPD. The FPSO will be spread-moored in 1,600-m water depth with a storage capacity of 2 million bbl of crude oil. ExxonMobil said that approximately 35 to 40 wells may be drilled at two subsea drill centers, consisting of a combination of producers and injectors to support the oil production, water injection, and the reinjection of associated gas.

SBM Offshore said in a statement that design of the second Liza FPSO is based on the company’s Fast4Ward program, incorporating its multipurpose hull with several standardized topsides modules. It won the FEED contract for Liza Phase 1 in June 2017, shortly after ExxonMobil and Hess made a final investment decision to proceed with the development. In November, the company began work on converting the very large crude carrier Tina into the FPSO Liza Destiny. This work included upgrade work on the hull and integration of topsides. The Phase 1 development will consist of 17 wells connected to the converted FPSO. The FPSO will have a production capacity of 120,000 BOPD once it starts up in March 2020.

Located approximately 200 km offshore Guyana, the Stabroek block covers almost 27,000 km2. EEPGL holds a 45% interest in the block. Hess Guyana Exploration holds a 30% interest and CNOOC Nexen Petroleum Guyana holds a 25% interest. ExxonMobil has discovered more than 3.2 billion BOE of recoverable resources on the block, not including the recent Ranger discovery. The Longtail-1 discovery, ExxonMobil’s eighth in the region, was announced in late June.