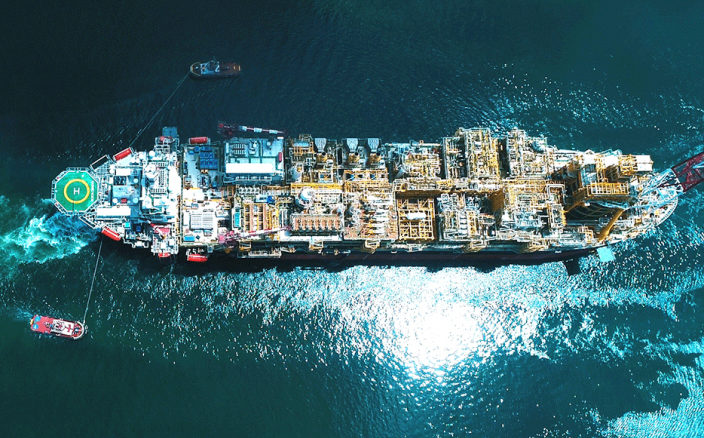 The floating production, storage, and offloading (FPSO) unit Kaombo Norte has been successfully brought on stream and will produce an estimated 115,000 BOPD. Another FPSO, Kaombo Sul, is expected to start up in 2019 and will also produce 115,000 BOPD.  Total estimates that overall production will reach an estimated 230,000 BOPD from the project. Kaombo’s reserves are estimated at 658 million bbl.

A total of 59 wells will be connected to the FPSOs, both of which are converted very large crude carriers (VLCCs). They will be used to develop six fields over an 800-sq km area in the central and southern parts of Block 32, located approximately 160 mi off the coast of Luanda. The fields will be connected by 186.4 mi of subsea pipelines. Kaombo Norte will develop the Gengibre, Gindungo, and Caril fields, while Kaombo Sul will handle Canela, Mostarda, and Louro. Associated gas will be exported to the Angola liquefied natural gas (LNG) plant.

“The Kaombo startup is a great milestone for Total,” Arnaud Breuillac, president of exploration and production at Total, said in a statement. “Developing the reserves will contribute to the group’s growing production and cashflow in Africa.”

Block 32’s water depths range from 4593.1 to 6397.7 ft. Kaombo is the first project on the block. Total said the project is twice as big as any previous oil project in the Gulf of Guinea. Breuillac said that Kaombo will account for 15% of Angola’s oil production. In addition to Block 32, Total also operates Block 17, where it recently sanctioned the deepwater Zinia 2 project. Zinia 2 will be comprised of nine wells in water depths ranging from 1,968 to 3,937 ft, tied back to the Pazflor FPSO.