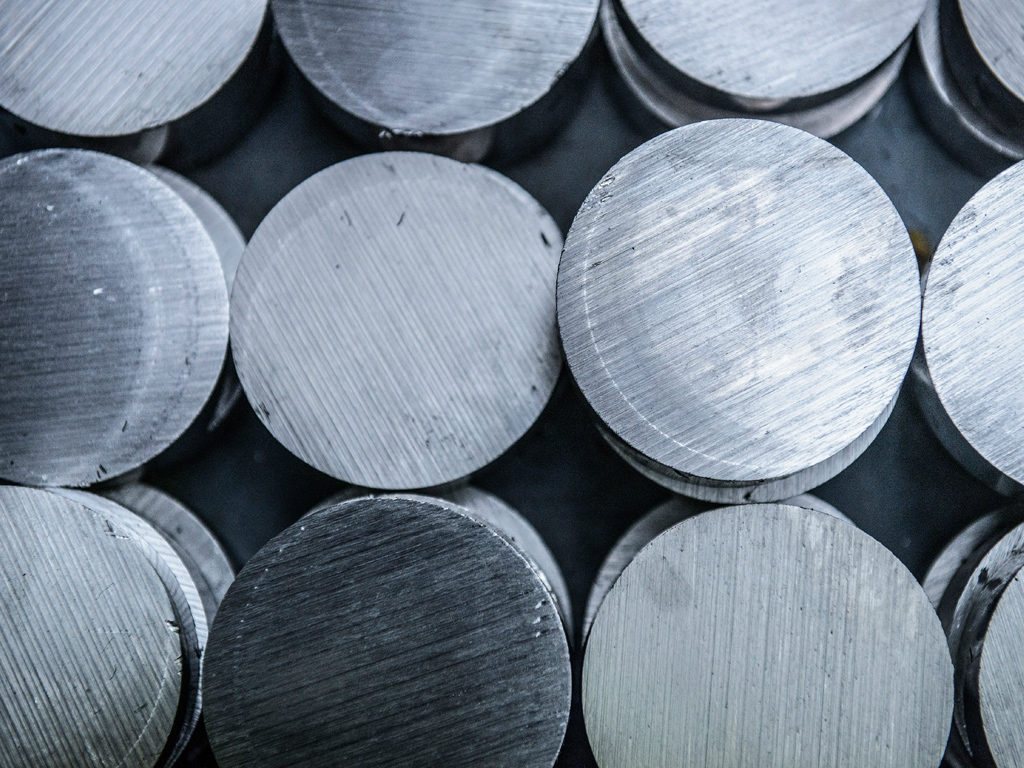 With 6 months having passed since US President Donald Trump announced his intention to impose a 25% tariff on steel imports, the oil and gas industry is still trying to figure out their footing in a newly developing economic reality. The tariffs and import quotas imposed on exporting countries have upped the project costs, and the process by which companies can apply for exclusions for specific steel products has been criticized as opaque, confusing, and slow.

For some companies, the news from the initial wave of exclusion decisions has been positive. For others, the decisions have been a net negative. Regardless, the first few months of deliberation have revealed various issues that industry is hoping will be addressed.

In a fact sheet written about the tariff policy, the Independent Petroleum Association of America (IPAA) argued for the Trump administration to structure a more straightforward product exclusion process that allows for easy submission, protects confidential business intelligence, and includes blanket exclusions for everyone once a product qualifies. The latter point is something Lee Fuller, vice president of government relations for IPAA, said would go a long way toward alleviating the confusion companies have now.

Under the current system, the BIS posts exclusion requests to an open registry, and domestic steel producers can comment on whether or not they can produce the product in question. If the BIS determines that these comments are legitimate, it will deny the product exclusion.

This aspect of the process has been a sticking point for industry. Reuters reported this week that the Commerce Department granted a tariff exemption to Chevron for its imports of 4.5-in. Japanese steel tubes for oil exploration while rejecting a similar request from Borusan Mannesmann Pipe for 4.5-in. steel pipes imported from Turkey for new well casing. The department claimed that multiple US steelmakers objected to Borusan’s application, arguing they could supply the product. Chevron received no objections to its request. Reuters reported this less than 3 weeks after Trump announced a doubling of steel tariffs on Turkey.

The report outlined companies criticizing the department for taking sometimes misleading objections by domestic suppliers at face value and for not allowing importers a chance to rebut. Fuller said the department needs to have better mechanisms in place for vetting these objections before making a decision on a product.

“The question is whether the domestic steel industry is making those kinds of representations on such a large number of products in the aggregate, where they may have the capacity to do some of those steel products but they may not necessarily be able to do all of the steel products. Maybe they’re saying we can make it for this specific product, and specifically we can do it for another product and so on, but if you put it all together nobody seems to be looking at this and seeing if they can do everything they say they can do,” he said.

The question of whether US steel producers can produce what they say they can produce is at the heart of the tariff discussion, particularly as operators set their budgets for future projects.

A study prepared by ICF in 2017 looked at the domestic requirements for oil and gas pipelines, including the average import market shares of various diameter line pipes from 2015 and 2016, when the industry was in the depths of the oil price downturn (Table 1). Larger welded pipe sizes were primarily drawn from the US, and because larger pipe sizes tend to be built with stronger steels, ICF said the X70 steel constituted around 80% of the recent US line pipe market in terms of total weight. Outside of that, however, imports took up a significant portion of the market share.

Fuller said many companies began expediting oil country tubular goods (OCTGs) and line pipe to make sure they had as much steel as possible to conduct their operations this year and possibly into next year. This decision, he said, was one that individual companies made depending on their drilling schedules, the extent to which they are willing to tolerate the tariff structure, potential concerns about import quotas, and also the countries from which they import their steel.

Companies that import the bulk of their steel from Europe or from Japan will likely have an outlook different from companies that import from South Korea, which agreed to import quotas in May totaling 70% of its average tonnage based on the 2015–2017 period (Fig. 1). The US also imposed quotas on Argentina and Brazil that took place on 1 July.

“From an industry perspective, the quota process is much more threatening when it comes to accessibility of oil country tubular goods in particular and line pipe to a degree,” Fuller said. “With OCTGs, that’s really a necessity for the industry in terms of maximizing production. In many cases, those are more sophisticated products, specialty steels that have to be able to handle the pressure, temperature, and corrosiveness of the reservoir materials.”

IPAA argued in its fact sheet that the South Korean quotas would limit OCTG imports to approximately 44% of 2017 imports and 32% of imports from 2014, the last year before the downturn. While some of this lost volume could be replaced with domestic carbon steel OCTG products, domestic production of high-alloy specialty steel products is more limited.

Fuller said the question of US infrastructure and supply meeting oil industry demand is one that no one can answer right now.

“If we’ve basically been about 50% dependent on other countries for OCTGs, can [US steel producers] meet the difference, how quickly can they meet it, and can they meet it and make the quality product that is going to be needed to displace the imports? This is a question of testing the product and making sure that it is, in fact, meeting the specifications that the purchaser wants it to meet. We don’t know that answer, and honestly I don’t know if anyone knows that answer,” Fuller said.

One company that has been vocal about the review process is Plains All American Pipeline. In July, the Commerce Department denied the company’s exclusion request for steel to build Cactus II, a 550-mile pipeline designed to connect the Permian Basin to the US Gulf of Mexico with a takeaway capacity of 585,000 B/D of crude oil.

Plains said in its initial filing that it had previously contracted with the Greek company Corinth Pipeworks to acquire 26-in. outside diameter (OD) high-frequency-welded (HFW) pipe for the project. Corinth, it said, was one of only three companies in the world capable of producing the pipe, with the other two mills being in China and Japan. Even if a domestic mill was able to technically manufacture 26-in. OD HFW pipe and a purchase order was issued immediately, the company said the mill would not likely be able to meet the pipeline system’s completion targets.

Berg Steel Pipe Corp., based in Panama City, Florida, opposed the exclusion request, stating that while no domestic steel manufacture could produce this specific pipe, there were many US sources for an alternative product, double-submerged arc-welded pipe.

In his testimony before the US House Ways and Means Subcommittee on Trade on 25 July, Plains COO Willie Chiang outlined what he said were numerous flaws in the exclusion process. Primarily, he said the review provides limited due process or transparency for applicants.

“Due to the opaque nature of the process, we can only assume that Commerce’s determination is based on a review of a combination of the objectors’ submissions, which appear to not be required to be substantiated, and other undisclosed data by staff—without interaction with the applicant,” he said.

“Several domestic mills posted comments claiming they could produce acceptable substitutes to Plains’ order in satisfactory quality and quantity on the last day of the 30-day comment period. As a result, these comments were posted and made available to Plains only after the comment period had closed, effectively eliminating any opportunity to rebut the comments during the comment period,” he said.

The exclusion denial added about $40 million in additional costs to the project. While the financial burden of the tariff will impact the pipeline in the short term, the potential for further restrictions from a quota would be a more severe consequence, Fuller said.

“You’re effectively increasing my costs by these tariffs being a tax,” he said. “In essence, you’ve imposed a sizeable government-enforced cost increase. That’s going to change the economics on the project and that’s going to impact the consumers of the project, but what is really the greater risk is that I’m moving forward on the project and then you’re taking an action that prevents me from being able to get all the material I need to do the project.”

Plains is not the only company feeling financial strain. Two days after Chiang’s testimony, Al Hirshberg, executive vice president of production, drilling, and projects at ConocoPhillips, said in a conference call that the tariffs have been a “fairly significant” issue for them. He said ConocoPhillips spends about $300 million/year on OCTG, pipes, valves, and fittings. On top of that, hot-rolled steel prices in the US are up 26% since the beginning of January even though the input cost to steel manufacturers has not changed.

Hirshberg said although ConocoPhillips had not set its capital budget for FY 2019, he anticipates continued inflationary pressure in the higher-price world created in part by the tariffs. In July the company raised its 2018 capital budget from $5.5 billion to $6 billion.

“There’s been a significant move in the market,” Hirshberg said. “We’ve been somewhat insulated from that from our supply chain position, but that is going to continue to grow on us going into next year.”

National Oilwell Varco CEO Clay Williams said in a 2Q conference call that his company was also seeing the onset of “inflationary headwinds,” in part because of the steel tariffs. Williams said the company’s ability to recapture these cost increases through higher pricing appears to be improving as oil prices remain high.

“We are managing higher steel costs arising from tariffs as best as we can, with most, but not all, business units reporting that they are able to pass at least a portion of higher costs on to our customers,” Williams said.

“The process can be improved, and we’ve been trying to make that point to the administration on a number of different fronts,” Fuller said. “Our premise is that this isn’t going to go away, so let’s try to improve it.”