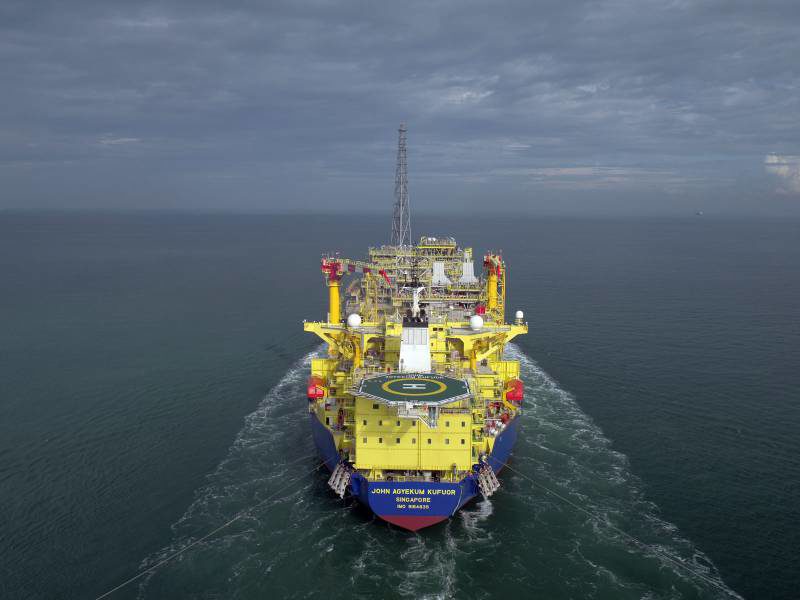 China Harbour Engineering Company and Tema LNG Terminal Company Ltd. signed an agreement for the construction of an LNG terminal to be sited in Tema, Ghana, according to a statement earlier this month by the Ghana government. Tema LNG Terminal Company is controlled by Helios Investment Partners, the world’s largest Africa-focused private equity fund, the statement said.

The LNG terminal, which is expected to be completed in 18 months, will be Sub-Saharan Africa’s first regasification terminal. It is being constructed following a 12-year gas supply agreement that was executed between the Ghana National Petroleum Corporation (GNPC) and Rosneft for delivery of 1.7 mtpa of LNG.

The project, which will provide approximately 1,600 jobs, is estimated to provide about 2 mtpa of LNG, supplying about 30% of Ghana’s total electricity generating capacity, displacing crude oil and crude derivatives as fuel sources for the generation of power.

In addition, a concession agreement signed between the Ghana Ports and Harbours Authority (GPHA) and Tema LNG Terminal Company Ltd, to allow for the siting and operation of the facility within the Tema port, will deliver an annual revenue in excess of $6 million to GPHA throughout the total concession period.

Witnessing the signing of the agreement in Beijing, China, as part of his official visit to that country, President Akufo-Addo indicated that the terminal project is testament to the efforts his government has put in place over the last 19 months to encourage private sector participation in the growth of the economy.

He said that the construction of the terminal is in line with the commitment of his government to providing Ghana with constant, reliable, and affordable power supply. “If we are going to succeed in pushing the industrial development of our country rapidly, the supply of gas, which will mean even more affordable rates of power, to our country is now a matter of very great importance for us.”

Because the project is a private-sector-funded and -driven project, there is no requirement for capital from Ghana’s government.

The cost of the project is estimated in excess of $350 million, of which $200 million would be spent directly in Ghana over the next 18 months.

China Harbour Engineering Company, which is already involved in a current Tema port expansion project, is constructing the marine facilities, while Jiangnan Shipyard of China will be constructing the floating regasification facility.

After 12 years, the terminal will be transferred to the government (GNPC and GPHA).

Last month, the start of delivery of gas from the offshore Sankofa field to GNPC marked a significant step toward Ghana’s efforts to decrease its dependence on liquid fuels and imported gas for its power generation.

The project will provide approximately 180 million scf/d for at least 15 years, sufficient to supply 50% of Ghana’s power generation requirements. It is the only deep offshore nonassociated gas development in Sub-Saharan Africa entirely destined for domestic consumption to Ghana with estimated energy cost savings of up to 40% per year, a Vitol statement said. Vitol is an energy and commodities company, and a stakeholder in the Sankofa project.

Gas is flowing from two of the four deepwater subsea wells and gas volumes will increase gradually as the downstream gas infrastructure undergoes further commissioning.

The Sankofa project (OCTP Integrated Oil and Gas Project) is made up of Eni 44.44% operator, Vitol 35.56%, and GNPC 20%. First oil was achieved in May 2017, 3 months ahead of schedule. With the completion of the OCTP gas facilities, the overall oil and gas production can reach up to 85,000 BOE/D once the gas and condensate production has been fully ramped up.