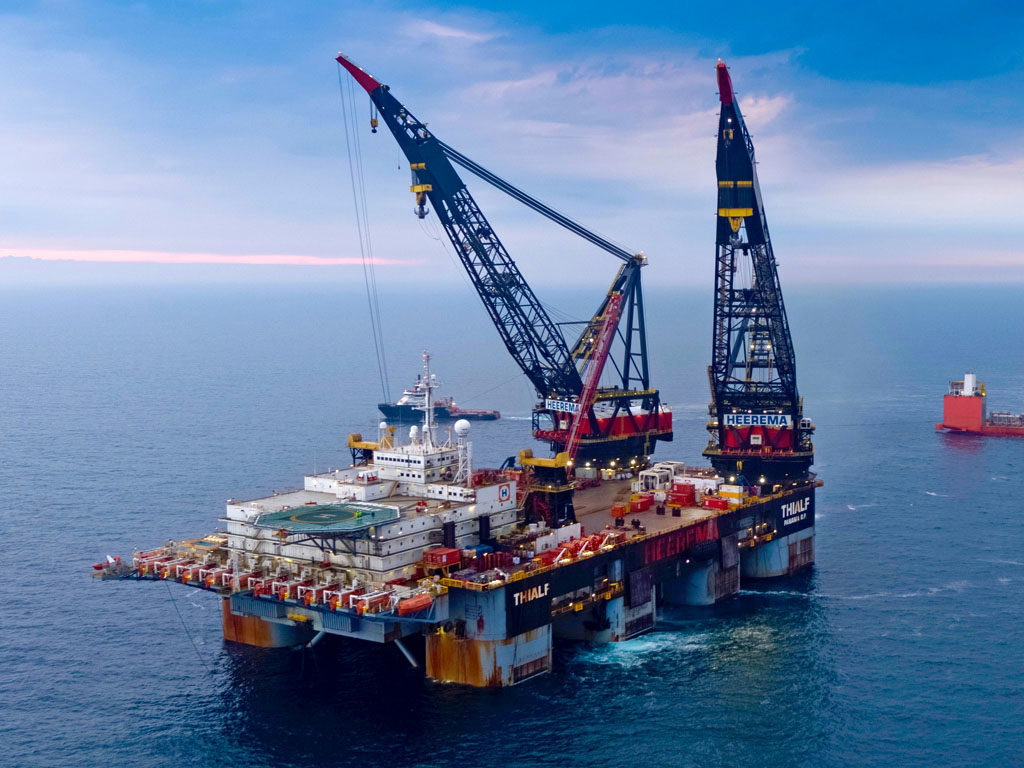 The Martin Linge field, seen here during a utility module installation in July, is now scheduled to start up in early 2020. Source: Jan Arne Wold and Bo B. Randulff/Equinor

Equinor has revised the estimated cost for developing the Martin Linge oil and gas field in the Norwegian North Sea. The field, which the company purchased from Total late last year, is now expected to cost $5.68 billion (NOK 47 billion) to develop, up from the $4.96 billion (NOK 41 billion) estimated last year and 59% higher than the originally planned budget developed in 2012.

“When we acquired the stakes in the Martin Linge Field and took over the operatorship, we allowed for any remaining work and increased costs,” said Margareth Øvrum, Equinor’s executive vice president for technology, projects, and drilling. “We have spent time at the Rosenberg yard to get an overview of this. After successful platform installation the focus is now to ensure high-quality completion of the project and safe startup of the field.”

Startup for the field has also been pushed back from the first half of 2019 to the first quarter of 2020. Equinor acquired Total’s 51% equity stake in the field in November 2017 for $1.45 billion. The field holds estimated recoverable resources exceeding 300 milliion BOE. The jacket substructure was already installed on location when Equinor acquired the field. The topside was completed at the Samsung yard in South Korea and delivered to the site in March. Equinor installed four utility modules at the field in late July.

Despite the cost spike from Martin Linge, Equinor said it has reduced estimated investments for operated projects in the development phase on the Norwegian continental shelf. The operator will spend $3.62 billion (NOK 30 billion) less than previously expected, based on the status for Norwegian projects under development as published in the Norwegian government’s 2019 national budget proposal.

Øvrum said the budget savings were achieved primarily because of increased drilling efficiency, simplification, and “high-quality project implementation.” Also, Equinor said that the reduction of investments for its portfolio is “substantially bigger” when adjusting for the currency effects of a weak NOK. The company has reduced costs at the Johan Sverdrup Phase 1 development by 30% alone.