BP Starts Up Thunder Horse Expansion Ahead of Schedule 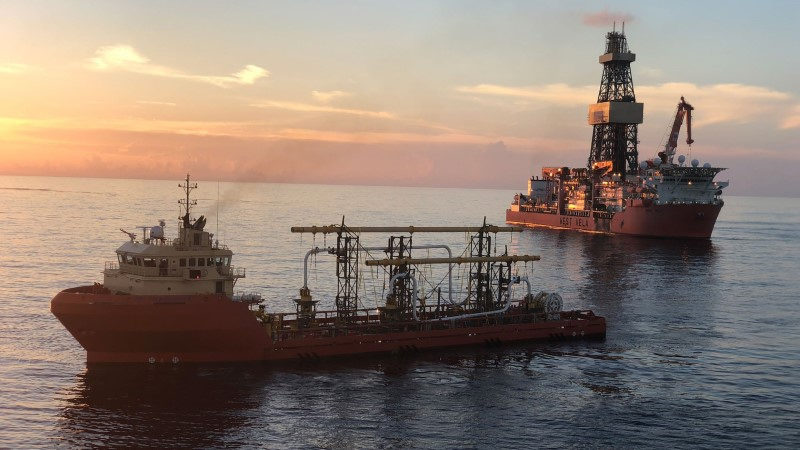 BP announced today that it has started up the Thunder Horse Northwest Expansion deepwater project in the US Gulf of Mexico (GOM), 4 months ahead of schedule and 15% under-budget.

The new project is expected to boost production at Thunder Horse by an estimated 30,000 BOE/D at its peak, taking the field’s gross output to more than 200,000 BOE/D. It comes after two other major field expansions at Thunder Horse over the past 2 years. In 2016, BP started up a major water injection project at the field to enhance oil production, and last year it installed a four-well tieback to the floating hub in an expansion of Thunder Horse’s south field, boosting gross production by more than 50,000 BOE/D.

Starlee Sykes, regional president of BP’s GOM and Canada business, said in a statement that the project is a sign of the company’s progress in US offshore development.

“Over the past 5 years we’ve driven up production through safe and reliable operations and bringing on new deepwater projects in a more efficient and standardized way,” Sykes said. “All this hard work is now delivering results.”

Thunder Horse Northwest is the fourth major upstream project to begin production for BP this year, following seven startups in 2017 and six in 2016. BP said it expects these new projects, and other projects starting up through 2021, to provide it with 900,000 BOE/D of new production.

“We are bringing new barrels online rapidly and efficiently, and uncovering more opportunities nearby,” BP Upstream Chief Executive Bernard Looney said in a statement.” We are focused on growing value and these projects in the Gulf are competitive with any opportunities we have worldwide.”

Developed with ExxonMobil (25% interest; BP 75%)), the Thunder Horse platform sits in 6,000-ft water depth and began production in June 2008. It has a gross capacity of 250,000 BOPD and 200 MMcf/D of natural gas. It is one of four large production platforms BP operates in the deepwater GOM, along with Atlantis, Mad Dog, and Na Kika.