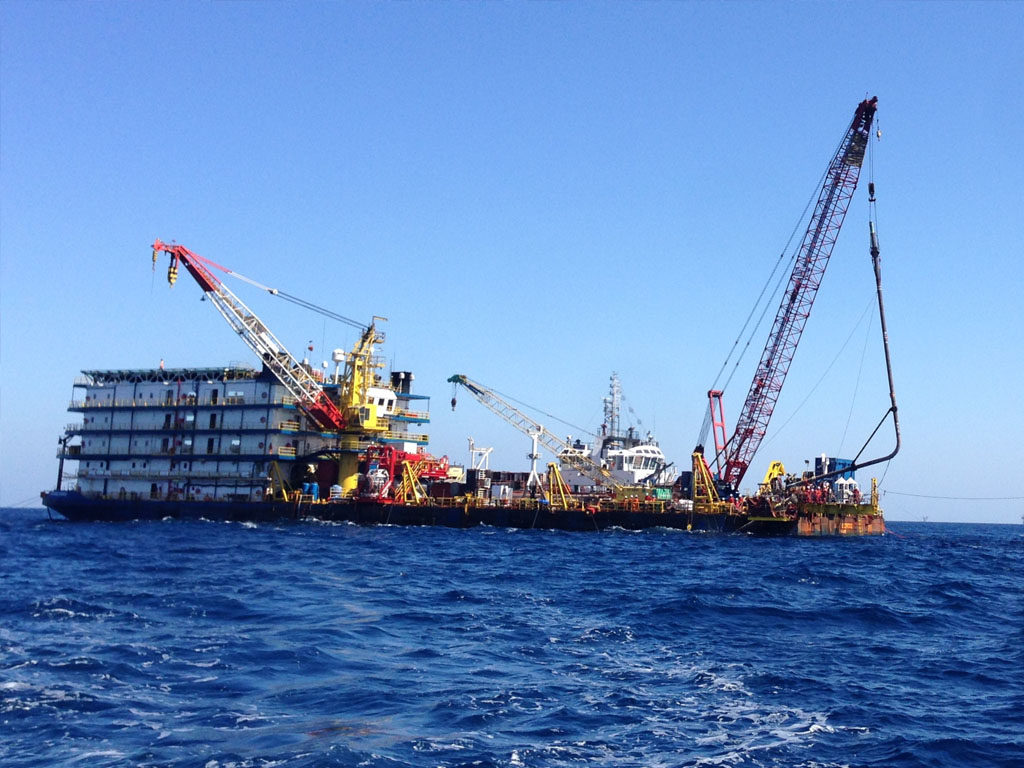 Kreuz Subsea
The Kreuz Glorious has accommodation for 304 people and an eight-point mooring system. It will be deployed for a 2-year project in the Arabian sea for ONGC.

Kreuz Subsea and Seamec have successfully completed the mobilization of the Kreuz Glorious vessel as part of a 2-year project with India’s Oil and Natural Gas Corporation (ONGC). The scope of work includes the inspection of 27 offshore jackets in the Mumbai High North, Mumbai High South, Heera, Neelam, and Bassien assets located off the coast of Mumbai in the Arabian Sea.

The Kreuz Glorious has a 1200-m2 deck area, with accommodation for 304 people and an eight-point mooring system. Kreuz said it was specifically designed to work around complex jackets that are often inaccessible to DP2 diving vessels. The campaign will see 50 personnel from Kreuz supporting ONGC in project management and offshore construction.

Kreuz had previously worked on several ONGC projects as a subcontractor, but this project marks the first direct deal between the two companies. The deal follows the Indian government’s decision in September to approve fiscal incentives to attract investments and technology for improved oil recovery operations, a move that is expected to generate $700 billion in the next 20 years.

“India has always been a key growth area for the business and with the recently approved government fiscal incentives expected to drive production, this provides ongoing prospects for global service providers,” Kreuz Subsea CEO AJ Jain said in a statement. “We look forward to continuing to expand our footprint in the region over the coming years.”

Offshore development from India has picked up in 2018. ONGC spudded an exploration well at its KG-DWN-98/2 (Cluster-2) deepwater project in April, and on 1 October the company awarded Baker Hughes, a GE Company (BHGE), McDermott, and L&T with a $1.69 billion package for the subsea production system and the subsea umbilical, risers, and flowlines (SPS + SURF) for Cluster-2. ONGC said it integrated the packages to eliminate major interface issues between SPS and SURF.