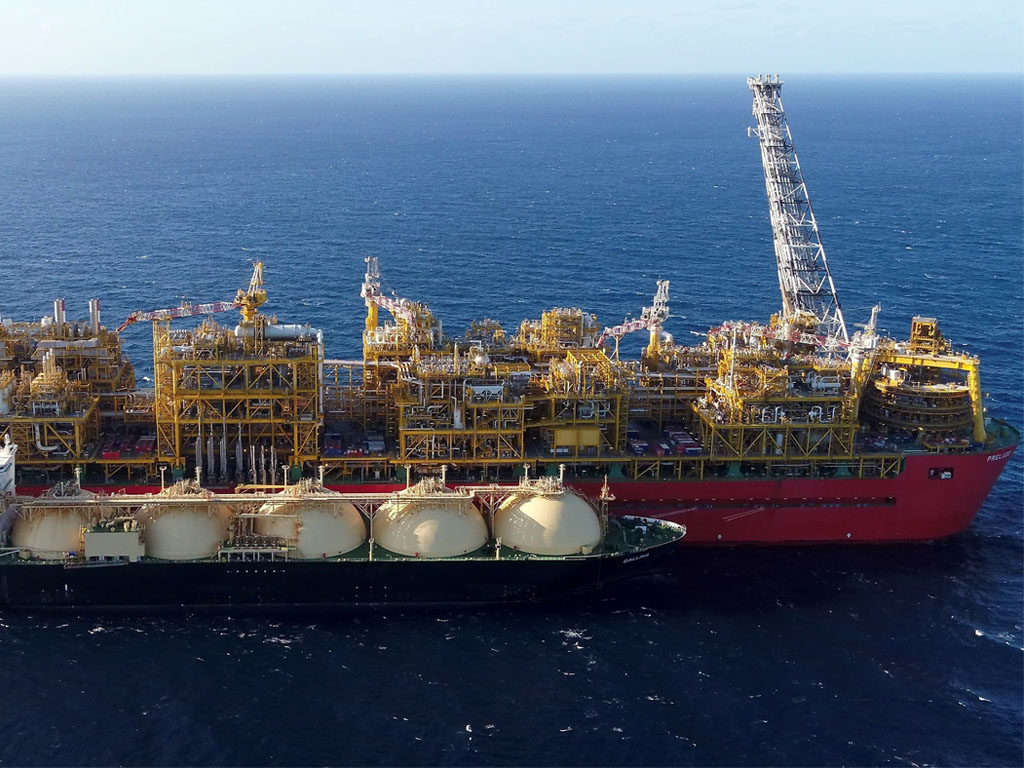 Shell
Larger FLNG projects like Shell’s Prelude (pictured) are not expected to become the norm in the near future, but DNV GL projects that the cost reductions on large gas fields from FLNG technology will encourage the development of smaller FLNG designs.

DNV GL estimates that gas is set to overtake oil as the world’s primary energy source by the middle of the next decade, with upstream gas capital expenditure reaching $1.13 trillion in 2025. To fuel this rise in demand, energy will need to make a considerable boost to investment in infrastructure. The report also said the midstream sector will need to invest considerably in connecting shifting sources of gas with changing demand centers, which means a significant increase in LNG production.

Following the report’s release Hans Kristian Danielsen, DNV’s VP of marketing and sales, discussed the forecast for growth in LNG capacity, and how shifts in gas transportation trends may drive the globalization of markets for gas trading.

DNV estimates an average 2.4% annual increase in seaborne natural gas trade (LNG and liquefied petroleum gas combined) from 385 million tonnes per annum (mtpa) to 780 mtpa by 2015. Danielsen said this figure supports the need for new pipelines, including those for cross-border transmission, and new LNG terminals of varying scale.

Offshore gas producers will face a significant logistical challenge moving forward. Some of the world’s largest natural gas resources are being found at a great distance from the major consumer markets, in deeper waters, and without access to export infrastructure routes. He said this will be felt particularly in North America. As LNG demand in Asia rises, producers in the US and Canada will need to spend more on transporting the gas over long distances. This will lead to an increase in the share of gas transported as LNG from 30% in 2018 to 45% in 2040.

For new supply regions, Danielsen said LNG will provide a more viable route to monetizing large gas reserves in remote locations with no significant markets nearby and only limited connectivity to existing demand centers, such as Sub-Saharan Africa. DNV estimates that Sub-Saharan Africa and Greater China will each make up a larger share of global regasification capacity than North America by 2050.

North America will see a boost in LNG liquefaction capacity by 2050. While the Middle East/North Africa is expected to hold the largest global share in that area, Danielsen said increased infrastructural investment will make the US and Canada major players.

The Gas Exporting Countries Forum estimates that nearly 15% of current LNG export facilities are operating below capacity due to outages, security concerns, losses, or lack of feed gas. Danielsen said these issues will only be exacerbated by failing offshore gas project demands. However, as gas demand increases over the next 5 years and current LNG supply capacity is more fully utilized, new LNG export projects will be sanctioned possibly as early as 2020.

Substantial growth in the proposed use of floating LNG (FLNG) technology could offer a solution to unlocking the development of previously stranded gas assets from which production can be exported by LNG carrier rather than pipeline, and in some locations Danielsen said companies may prefer to send LNG directly to the final market’s entry point instead of processing the gas onshore.

The arrival of FLNG technology has already achieved noticeable cost reductions on the large gas fields for which it was originally conceived, thus promoting the development of smaller FLNG designs. The DNV report cited examples such as Petronas’ FLNG Satu, the world’s first operational FLNG; and Eni Coral South FLNG offshore Mozambique, which began construction in September and is expected to produce up to 3.3 mtpa after its 2022 startup. Other West African developments such as BP Tortue and Ophir Energy’s Fortuna are being considered—the report said that both projects will be initially based around Golar FLNG vessel designs.

DNV estimated that large-scale megaprojects like Shell’s Prelude facility, located in the Browse Basin offshore western Australia, are not likely to become the norm for FLNG in the near future. Prelude is expected to produce 5.3 mtpa of liquid and condensate when it achieves first gas production in 4Q 2018.