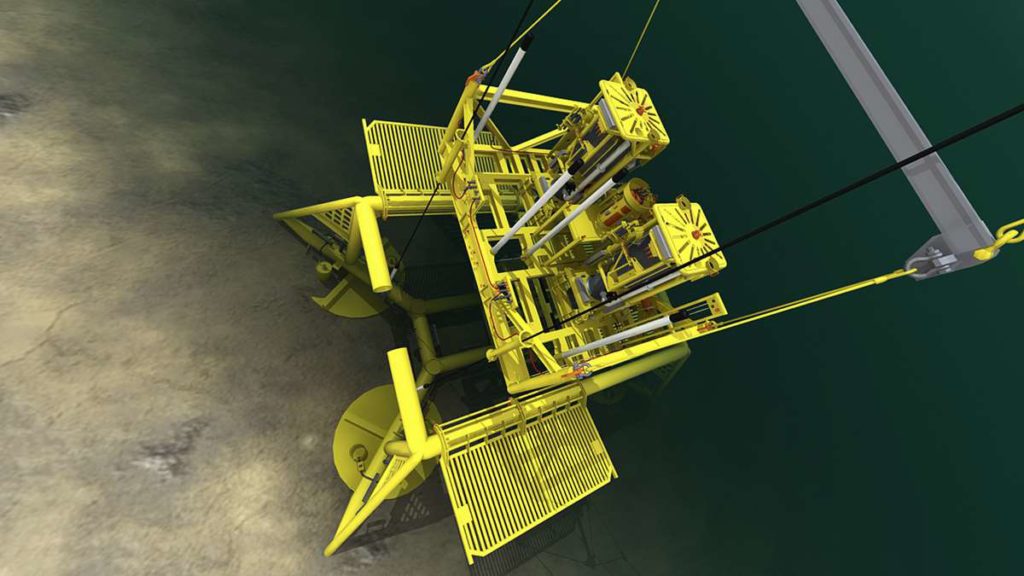 A topside plant is in a state of constant change, while a subsea production tree is ideally installed and never touched for 25 years. For example, there is no need to update the 3D model of the tree every year, while it may be cost-effective to do so for a topside platform.

Longer stepouts become possible using direct-current power and fiber-optic communication systems. With this development comes the ability to connect new sensors that provide valuable insight. Sensors can be attached to products to monitor equipment during manufacturing, storage, transport, deployment, and operation. These can provide insight into weaknesses in the equipment that reduce its lifetime or can identify improvements to handling or operation to extend product life. Sensors used during operation are almost always connected to the data-communication network. In this sense, subsea plants are already an “Internet of Things.”

The goal in operations is to maximize production while avoiding or minimizing costly shutdowns. While the control-room operator is concerned mainly with keeping the plant running while avoiding trips, onshore personnel monitor the plant with longer-term views (e.g., identifying trends that indicate future failures or planning proactive maintenance). Developing intelligent systems with visualization that highlights the most important information is key to these efforts.

In maintenance, the focus is on condition monitoring (CM) and condition-based maintenance (CBM). A schematic of a CBM system is provided in Fig. 1. Certain deterioration mechanisms can be tracked remotely and intervention planned in advance. A planned intervention may require a 1-day shutdown, while an unplanned shutdown can require up to a 30-day shutdown. Any advance warning that equipment is about to fail results in a shorter shutdown, and less deferred production.

For subsea systems, sensors are designed to be robust, and capable of running for 25 years without service. Such sensors have been qualified for many process parameters (e.g., pressure, flow, and temperature), while other sensors are only available for topside systems (e.g., spectrometers or gas chromatographs). Some sensors are being marinized for subsea use (e.g., oil-in-water sensors), so more sensor types are becoming available.

Seabed seismic systems are now feasible. Such sensors are permanently installed on the seabed, and the reservoir can be measured and analyzed more often (4D seismics). A seabed sensor also reacts to both p- and s-waves, while a towed sensor array only reacts to p-waves. Seabed sensors thus generate more data than a comparable towed array. Such sensor arrays generate torrents of data. With a seabed seismic system, the resources needed for collecting a new set of seismic data are much reduced (a small boat with the noise source) and seismic data can thus be generated more often to monitor how the reservoir is being depleted.

Fiber-optic data networks are commonly used subsea, even for very long distances. Large amounts of information can thus be brought to topside and stored for a considerable time. Subsea sensors with scan rates up to 10 kHz are routinely deployed (e.g., for vibration sensing for rotating equipment). For 4D seismics, even higher sampling rates are used (typically 20 kHz). Cloud-based computing and services are becoming a viable option because of the high-bandwidth-data links available.

The amount of data logged for CM purposes can vary widely. A single subsea compressor unit can create on the order of 10 terabytes/month or 3.65 petabytes/year. Over a 25-year span (the typical design life for all subsea equipment), the total data volume would be 91 petabytes. A subsea compression plant with six compressors would then create 550 petabytes during its lifetime.

In practice, it is not considered cost-effective to log all high-speed data for 25 years. Instead, carefully selected averages and performance indicators are calculated and stored. A 14-kHz vibration signal may thus be reduced to a few 1-second averages, which in turn are stored for a long time, thus reducing data-storage requirements.

The risk with any such data-reduction scheme is that after a short time (typically 1 month), the high-speed data is gone (overwritten by new high-speed data). It is thus not possible to go back 5 years later and calculate another key performance indicator on old data, searching for trends.

For reasons of safety and security, sensors used during operations are never connected directly to the general Internet. They are connected to the client’s internal data networks by various firewalls. While the concept of connecting everything to everything seems tempting, the idea of full connectivity needs to be balanced against security needs. Subsea sensors rarely communicate with each other. In normal architectures, sensor data flow upward toward topside programmable logic controllers and servers. Data exchange between units is thus normally performed in the topside system. In practice, the data collected from the subsea plants are not available to everyone. A need-to-know protocol is enforced. Data can influence the share price of an oil company stock, and most companies do not want to share their data with the general public.

Subsea installations have also become more complex. Where there were initially only tree valves and a few sensors, it is now common to have advanced sensors on every tree (e.g., multiphase flowmeters and acoustic leak detectors). Subsea pumping stations have become more common during the last 25 years, and subsea gas-compression stations are emerging now. Electric valve actuators are being used for some subsea stations, also creating large amounts of data. In the future, subsea separation and reinjection stations will evolve for water or CO2 removal and reinjection subsea.

Advanced tools for data analysis have been developed for topside applications, and they can now be leveraged for use on subsea plants. One such tool is known as an “expert system,” in which a knowledge-based system reasons over incoming alarm data and suggests possible root causes with probabilities. Such a system can also explain its reasoning by referring to defined rules and input data, further assisting the operator in finding the cause of a problem. (A single actual fault can generate a torrent of alarms, all time tagged within a second or so, making it sometimes difficult to determine the possible root cause.)

Expert systems can be trained using machine-learning models trained by combining data sources (e.g., sensor data compared with data from the maintenance system). Users can also provide feedback to such a system, which leads to assisted learning and a system that improves with more time of use.

Along with conventional data sources from sensors in the control system, the CM system should also obtain data from, for instance, maintenance systems, detailing which components fail and the probable reason for failure. Traditionally this was performed by logging worldwide offshore reliability data into an offshore-reliability (OREDA) database, where one can see, for example, the average failure rate for a pressure sensor. This type of data is useful when designing new plants, giving input to redundancy strategies. However, this feedback loop through OREDA is slow, and also has low granularity. Information should be gathered from multiple installations, thus giving a better statistical overview of components with low failure rates.

Analysis of reported failures may also lead to better knowledge about how to be able to observe the development of failure ahead of time, enabling better predictive models. Also, deficiencies in product design may be become apparent, leading to focus on product developments in certain areas.

This article, written by JPT Technology Editor Chris Carpenter, contains highlights of paper OTC 28997, “Data Management and Digitalization: Connecting Subsea Assets in the Digital Space,” by John Murray and Klas Eriksson, Aker Solutions, prepared for the 2017 Offshore Technology Conference, Houston, 1–4 May. The paper has not been peer reviewed. A video of the presentation of this paper can be found here.