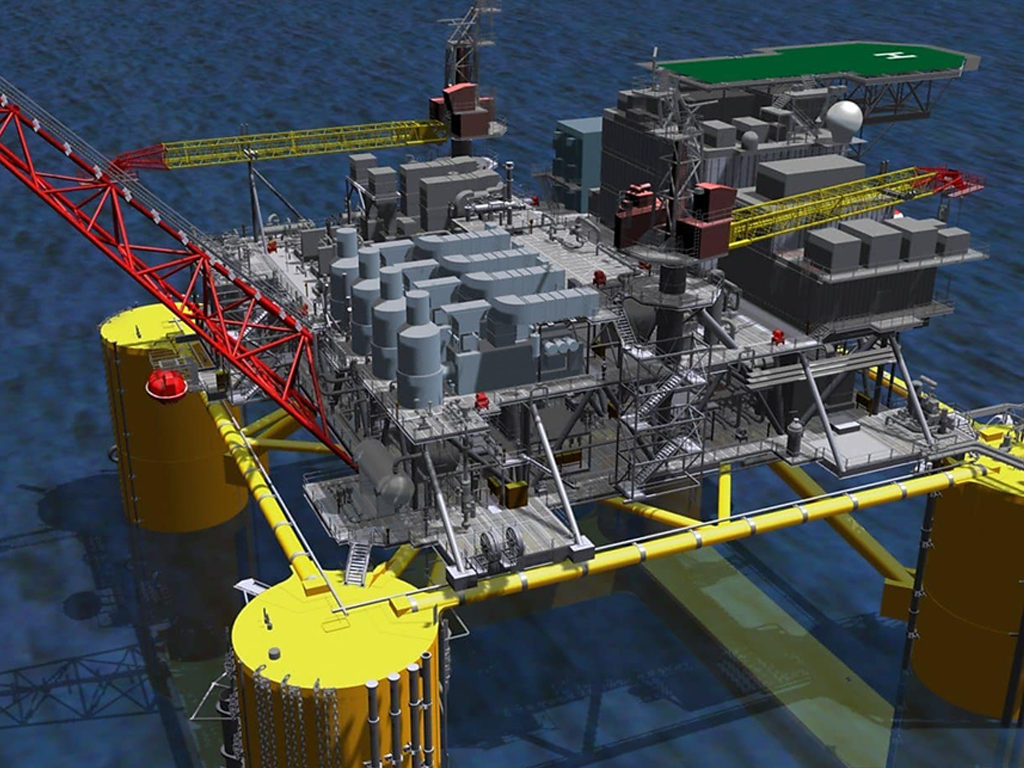 Shell
The US Gulf of Mexico is not forecast to be a significant factor in subsea expenditure by 2023 despite projects like Shell’s Vito (pictured) starting up in the near future. However, new reserves based on increased exploration activities in 2018 and 2019 could potentially support expenditure past 2022.

The outlook for subsea investment remains optimistic, according to Westwood Global Energy Group. The company’s World Subsea Vessel Operations and Hardware Market Forecast projects a rebound in offshore activity, with subsea vessel operations and hardware expenditure reaching $152 billion over the forecast period of 2019–2023.

The recovery in the subsea market has significantly supported project sanctioning, with Westwood noting a 154% increase from 2016 to 2018 in greenfield projects reaching final investment decision (FID) stage. Operators have called for more tenders, and Mark Adeosun, an analyst at Westwood, said that lessons learned from the lowest points of the oil price downturn could help make them more cost-effective.

“During the downturn, we saw a lot of project simplification, which actually meant that operators have defined a number of development concepts for these fields, which makes them a bit more economically viable compared to a couple of years back,” he said.

Subsea hardware is expected to account for 64% of expenditure, approximately $98 billion, with subsea vessels operations accounting for the remaining amount of the forecast spend. Subsea tree installation, a key indicator of subsea activities, should grow at a 6% compound annual growth rate from 2019 to 2023, driven by Petrobras’ investments in the Santos Basin and Equinor’s projects in the Barents Sea and North Sea.

Positive macro drivers are supporting subsea investment growth in the near and long term, but further recovery remains dependent in part on geopolitics. Adeosun said that traditional strongholds, such as West Africa and Latin America, are not driving the growth in subsea expenditure in part because of the issues they are currently facing. For instance, he cited Nigeria’s upcoming general election as a source of instability for potential development.

He also cited President Muhammadu Buhari’s previous refusal to assent to the Petroleum Industry Governance Bill as a cause for concern. That bill, among other things, would shift supervisory powers for Nigeria’s oil and gas industry from the petroleum minister to the Nigerian Petroleum Regulatory Commission and split the state-owned operator Nigerian National Petroleum Corporation into smaller companies. Buhari initially refused to sign the bill in August, after it had passed both houses of the National Assembly, but on 6 December he announced his plans to sign the bill.

Westwood also expects project sanctioning in Nigeria to pick up in 2020 with Shell’s Bonga Southwest project.

Adeosun said that nontraditional markets are now pushing the pace, citing a boost in installation activities.

“We’re beginning to see activities in so many other places,” Adeosun said. “In [Q3 2018], we saw a lot of project sanctioning in China and India. We are actually seeing that project sanctioning will support expenditure for the next couple of years because those projects are going to demand quite a significant number of subsea trees as well as a floating production system. When you look at historic trends, this spike in China and India is unprecedented.”

The US Gulf of Mexico (GOM) has seen some projects reach FID, such as Shell’s Appomattox and BP’s Mad Dog Phase 2, and Westwood expects other projects like Shell’s Vito to contribute to subsea expenditure in the region. Adeosun said the GOM does not figure to be a major player by the end of the report period, but new reserves based on increased exploration activities in 2018 and 2019 could potentially support expenditure past 2022 because they will be developed on a fast-track basis to existing infrastructure.

“Over the near term, there’s a lot of activity within the Gulf of Mexico,” Adeosun said. “I think contractors are going to get busy, and other activities are going to be busy, but the tail end of this period looks pretty thin. We do expect an upside based on new discoveries driven by recent exploration.”

Westwood forecast that supply chain conditions will remain challenging in the near term. The strength of free cash flow to operators has not translated to an improved commercial environment for services and equipment. In addition to tight cost control and capital discipline, operators are managing their risk exposure through phased developments and standardized solutions for equipment.

Westwood based much of its projection on the steady improvement of the price of oil throughout 2018: The West Texas Intermediate (WTI) price closed at $76.41/bbl on 3 October. Oil price has declined steadily since then, closing at $53.25 on 4 December, a short increase from its low point of $50.29 on 28 November.