US To Become Third-Largest LNG Exporter in 2019 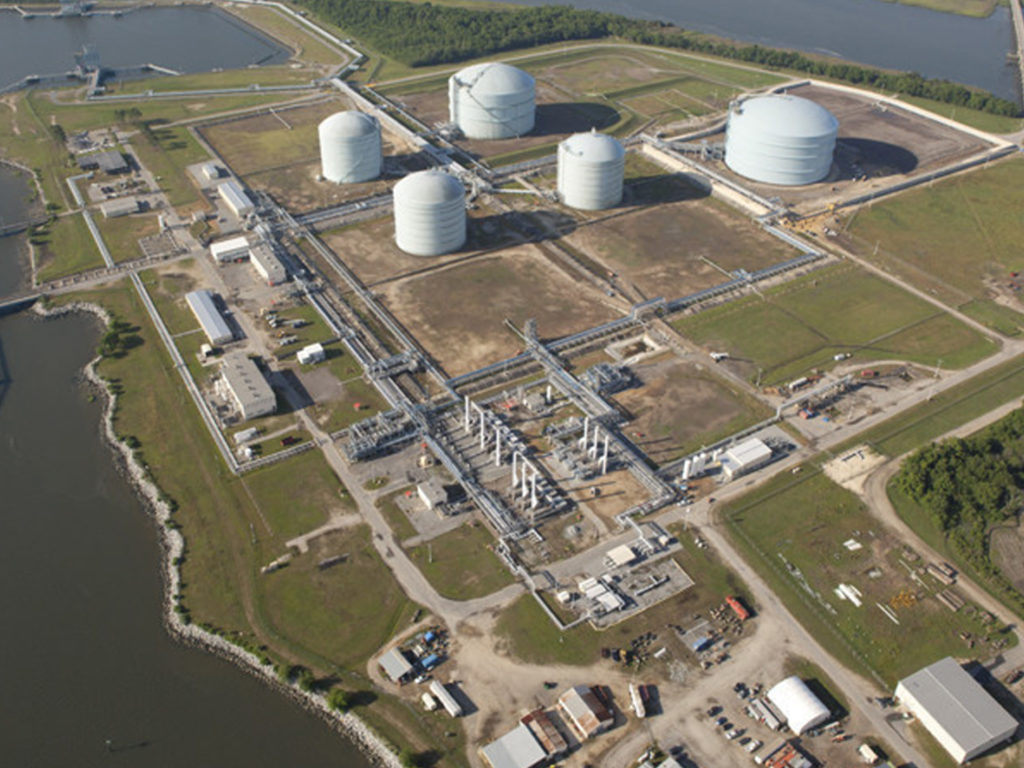 Kinder Morgan
The Elba Island regasification terminal near Savannah, Georgia, is the site of Kinder Morgan’s LNG expansion project. It is scheduled to become fully operational by the end of 2019, adding 0.33 Bcf/D to US export capacity.

The US Energy Information Administration (EIA) projects that US LNG export capacity will reach 8.9 Bcf/D by the end of next year, making it the third-largest exporter in the world behind Australia and Qatar. Currently, US LNG export capacity stands at 3.6 Bcf/D, and is expected to reach 4.9 Bcf/D by the end of 2018 as two new liquefaction units—Sabine Pass Train 5 and Corpus Christi Train one—become operational. Both units began production this year, several months ahead of schedule, and are expected to ship their first cargos within the next few weeks.

Two more LNG export facilities—Cameron LNG in Louisiana and Freeport LNG in Texas—are currently being commissioned, with production from each facility expected to begin in the first half of 2019. All three trains at Cameron LNG and two trains at Freeport LNG will be placed in service by the end of next year.

The Elba Island LNG facility is also scheduled to become fully operational by the end of 2019. Located near Savannah, Georgia, it comprises 10 small modular liquefaction units with a combined capacity of 0.33 Bcf/D. Project developers expect LNG production from the first train to begin early next year, while production from the remaining nine trains should start sequentially through the rest of 2019. The final two trains of the US liquefaction projects currently under construction—Freeport Train 3 and Corpus Christi Train 3—are expected in service in 2Q 2020 and 2Q 2021, respectively.

Four additional export terminals—Magnolia LNG, Delfin LNG, Lake Charles, Golden Pass—and the sixth train at Sabine Pass have been approved by the US Federal Regulatory Commission and the US Department of Energy, and final investment decisions on those terminals are expected in the coming months. EIA estimated that these projects would add a combined LNG export capacity of 7.6 Bcf/D.