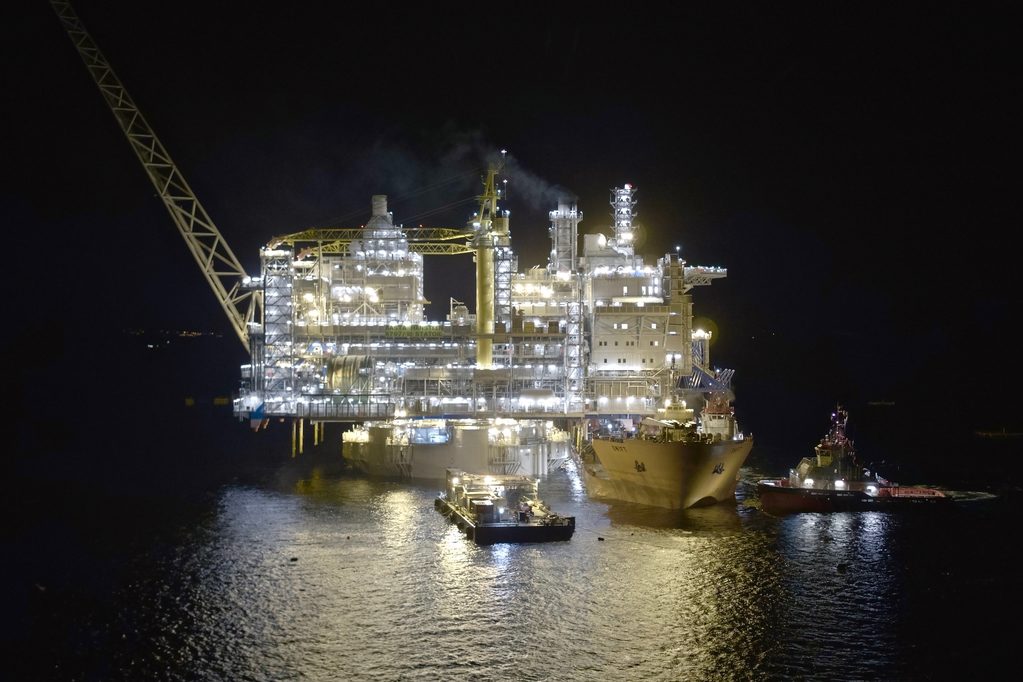 Espen Rønnevi/Worldcam
The mating of the spar’s topside and hull was completed in December 2017.

Equinor and its partners started production on 16 December from the Aasta Hansteen gas field in the Norwegian Sea. Gas from the field was available on 17 December to the market, opening a new region for gas export to Europe and the UK via the Polarled pipeline to the Nyhamma gas processing facility.

“Located in 1300 mm of water, this is the deepest field development on the Norwegian continental shelf (NCS), the largest spar platform in the world, and a first on the NCS,” said Anders Opedal, Equinor’s executive vice president for technology, projects, and drilling. It is also the first spar in Norway and the first in the world to contain condensate storage, with storage capacity of 25 000 m3. The area is characterized by particularly harsh environmental conditions.

The gas is produced from seven wells in three subsea templates. This is the deepest ever installation of subsea equipment on the NCS, Equinor said. Both Aasta Hansteen and the 482-km pipeline have the capacity to accommodate new discoveries. The first one, Snefrid North, is under development, and will come on stream toward the end of 2019. Aasta Hansteen and Snefrid Nord are expected to produce 23 million standard cubic meters of gas per day (144,000 BOE) at plateau.

Polarled is the first subsea pipeline crossing the Arctic Circle on the NCS for Norwegian gas to be delivered to the markets in the UK and Europe. The gas transportation capacity is about 70 million cubic meters per day.

Equinor is the operator of the Aasta Hansteen field with an ownership interest of 51%. The other licensees are Wintershall Norge (24%), OMV (Norge) (15%), and ConocoPhillips Skandinavia (10%).

ExxonMobil is evaluating additional development opportunities in the Stabroek Block with plans for five drillships operating offshore Guyana by the end of 2020.