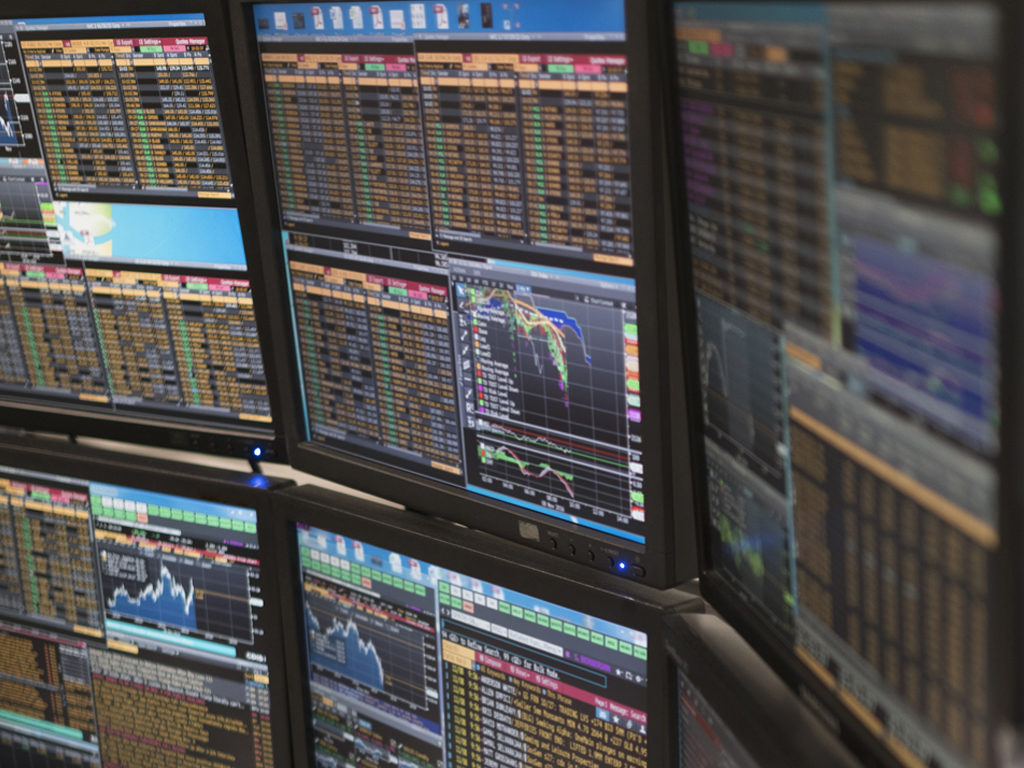 The past year has been mostly positive for oilfield services, as an increase in exploration and production (E&P) activity has trickled down to service companies still reeling from the oil price downturn. While service company revenues are still nowhere near their pre-downturn levels, they have shown an upward trend over the last 2 years, and a sharp increase in project sanctioning next year should give the sector an added boost.

“A renewed sense of optimism was reflected in the significant increase in the oil companies’ 2018 upstream revenue compared to previous years. Exploration and key development plans are back on the table, and the oilfield services market can finally get back to business,” said Audun Martinsen, a partner and head of oilfield service research at Rystad Energy.

However, the sudden drop in oil price over the last 2 months may be cause for concern moving forward. How low will the price drop, and will it have any impact on near-term forecasts for service companies?

Revenues in the oilfield service market grew at a steady 2% rate in 2018. The first quarter went particularly well, with gross revenues growing 10% year on year. Well services and commodities grew as much as 26% year on year. In addition to increased activity in the shale market, Martinsen noted a higher completion intensity in sand per foot and horsepower-hours per well. This helped pull North American oilfield service revenues up 9% quarter on quarter. Revenues grew 7% in the second quarter, driven primarily by European activity. Offshore activities (facility leasing, maintenance, construction) were among the strongest-performing sectors in the third quarter, but well services still drove the overall annual growth in the services market, led by purchase growth increases in stimulation, oil country tubular goods, and land drilling.

Rystad estimates that 94 offshore projects will be sanctioned by the end of 2018, a significant increase from the 62 projects sanctioned in 2017 and the 46 projects sanctioned in 2016. As of 13 December, 78 offshore projects had reached final investment decision. Speaking during a presentation of Rystad’s 2018 oilfield service market review, Martinsen said the growth in sanctioned projects should lay the foundation for increased revenue in the offshore sector over the next year. On top of that, offshore costs are still fairly low compared to pre-downturn levels: While such sectors as maintenance and operations, EPCI, and well services and commodities went up in the offshore price index from 2017 to 2018, they are still lower than the corresponding figures for shale operations.

Contracts have started to inflate as offshore activity has picked up, but Martinsen said Rystad does not expect E&P Capex and Opex to reach pre-downturn levels at any point in the next 3 years. This is partially because E&P companies have been able to cut down on inefficiencies in project development and execution.

Digitalization has helped fuel the rise in operation efficiency, and Martinsen cited such developments as the digital twin, automatic drilling controls, and other digitalized planning and operational tools as key focal points for operators and service companies. However, he also said it was unlikely that some of the goals set out by companies will be realized in the immediate future.

“It is important to note that, even though there has been a lot of focus on digitization across the service sector and with the E&Ps, a lot of the goals that these companies have are quite ambitious,” Martinsen said.

The Effect of Oil Price

Rystad derived much of its 2018 analysis from activity in a much rosier economic environment. The West Texas Intermediate (WTI) crude oil price rose steadily for much of the year, but since reaching a peak of $76.41/bbl on 3 October, the oil price has dropped significantly, dipping below $50 for the first time in more than a year.

Veronika Akulinitseva, a senior analyst at Rystad, described the current drop as a “perfect storm” of bearish news, with a supply glut generated from record production in the US and Saudi Arabia as well as industry fears of OPEC inaction on production levels. However, OPEC announced on 7 December that it would cut production by 1.2 million BOPD, and Akulinitseva said this decision should help bring global production back to January 2018 levels. With contributions from unplanned outages, she said the market should be more balanced in 2019, creating a more favorable condition for the oil price. Rystad projects the WTI to return to the high $60s by the end of next year and climb over $70 in 2020, and it said the Brent price should climb to $75 in 2019.

While these projections are lower than Rystad’s earlier price estimates, Akulinitseva said the industry should still see an increase in sanctioning activity next year as it enters a new investment cycle, but if oil prices do not improve that forecast could change.

“Assuming our base case oil price development, 2019 should be a year of significant investment growth into new project developments. There is as much as 26 billion barrels of oil expected to be sanctioned, based on the preliminary communication with E&P companies. However, if oil prices remain low next year, it’s possible that a large number of projects will be postponed into the future,” she said.

Rystad said global investment and project sanctions should drop off in 2020 before picking up again, though this is mostly due to a projected decrease in Capex and expected expenditures (EXPEX) in the tight oil sector: Offshore investment is projected to increase steadily through 2022. The WTI should also drop by the end of 2020, and Rystad has estimated it will bottom out at around $56 in July 2021. Akulinitseva said this is a result of the cyclical natural of global supply.

“OPEC agreements support higher oil prices in the next 2 years. Higher oil prices seem to trigger an increase in shale activity growth and other investments, which tend to generate incremental supply increases in the medium term. Therefore, by 2020, we expect to find ourselves in the oversupply market again. Prices would need to decrease to around $65 per barrel to support shale growth, especially.”

Martinsen said to expect budget growth among all supply source sectors except oil sands, with shale and deep water leading the way, should the WTI reach $70 by 2020. The industry is expect to commit more than $200 billion to new offshore and onshore projects next year, driven mostly by an upswing in LNG projects. A lower oil price could hamper oilfield service revenues beyond 2019, but Rystad still projects healthy growth through 2021.

“The oil price will not affect growth in 2019. Next year is more or less locked-in by the field sanctioning we saw in 2017 and 2018, and also by a slight surge in unit prices,” he said.