How Many Export Terminals Does the US Need? 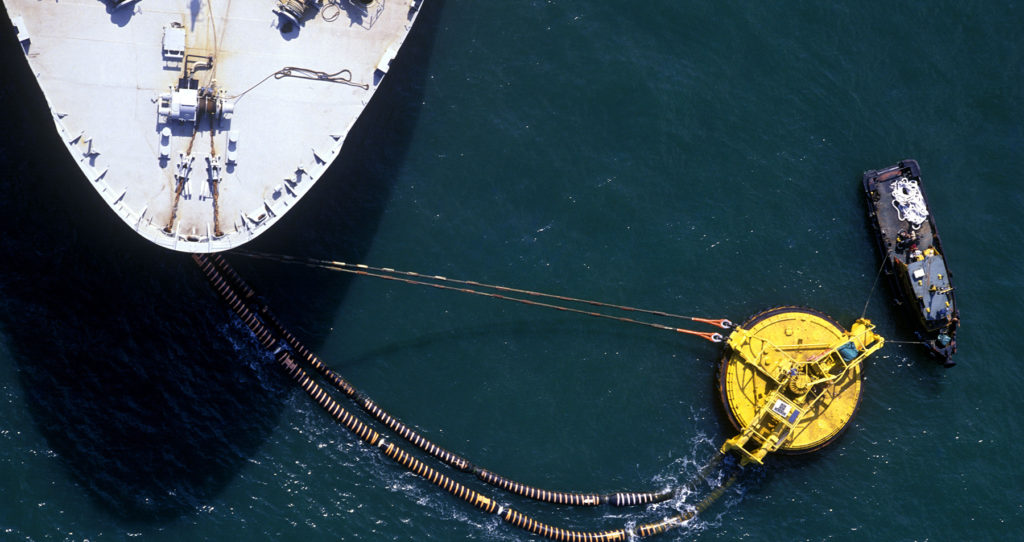 A bottleneck at Texas ports and a surge in the state’s crude production over the last couple of years has led to a growing number of new capital projects that aim to get the product into the world’s biggest tankers—very large crude carriers (VLCCs).

The vessels are capable of carrying up to 2 million bbl of product compared to the 1-million to 500,000-bbl capacity tankers that Texas ports currently accommodate. The restriction is due to the state’s port depths of around 40–45 ft. VLCCs require at least 75 ft depths to be fully loaded.

A flurry of proposed project seeks to remedy the issue either by dredging existing ports or building new offshore terminals. There is currently only one operating offshore terminal—the Louisiana Offshore Oil Port (LOOP)—which was reversed from an import facility to an export facility last year.

The plans to build more of these facilities is being described as a “race” in which there may be only one or two winners. RBN Energy, a Houston-based market research consultancy, noted that if all the projects were to be built they would have a combined export capacity over 10 million B/D—while the US lower 48 only produces about 11.2 million B/D.

In the first week of February, the US averaged about 2.3 million B/D in exports, according to the US Energy Information Agency.

RBN said most analysts expect just one or two of the eight different proposals will come to fruition. According to the firms drafting the export plans, the first of these new facilities could come online as early as next year.

Two would involve quayside docking facilities, while the others are looking to use offshore terminals with buoy loading systems, same as the LOOP. The proposed buoy-terminals would rely on subsea pipelines and could fully load a VLCC within 24–48 hours. If smaller pipelines are ultimately used, the loading time could stretch to 4–5 days.

All but one are to be located in Texas waters.

What: The project would involve multiple deepwater docks at the mouth of the Mississippi River in Louisiana and has been permitted by regulatory officials to include a 20-million bbl storage facility. The cost is estimated to be $2.5 billion, which includes a proposed 700-mile pipeline.

When: Expected to be operational by 2020.

What: Jupiter plans to construct two pipelines to transport the crude from an onshore storage site capable of holding 10 million bbl. The offshore system would be located about 6 miles off the coast of Brownsville, Texas.

When: Expected to begin operations in 2020.

Who: Carlyle Group and Port of Corpus Christi

What: The project would involve dredging existing port facilities to be deep enough to fully load two VLCCs; estimated cost of $1 billion.

What: An offshore terminal would be located about 31 miles off the coast of Galveston, Texas, and would likely be linked to Enterprise’s existing storage facilities in the Houston area.

When: Expected to begin operations in 2022.

What: The deepwater crude terminal would be built about 40 miles off the coast of Freeport, Texas, where a 15-million bbl storage facility would be built.

When: Expected to begin operations in 2022.

What: The terminal would be in relatively close proximity to the Harbor Island Terminal and would also involve the construction of two VLCC loading docks and storage tanks. Crude would be transported via a proposed $2-billion pipeline.

What: To be located almost 15 miles offshore North Padre Island, Texas, the project would use a single-point mooring system and oil-loading buoy anchored in about 93 ft of water.

What: The proposal is to build an offshore platform with two mooring buoys for crude loading and a storage facility for 18 million bbl. The facility would be located near Freeport, Texas.

Several E&P and OFS companies have already filed for Chapter 11, but unless prices strengthen the total number of filings could be as high as 190 by 2022.