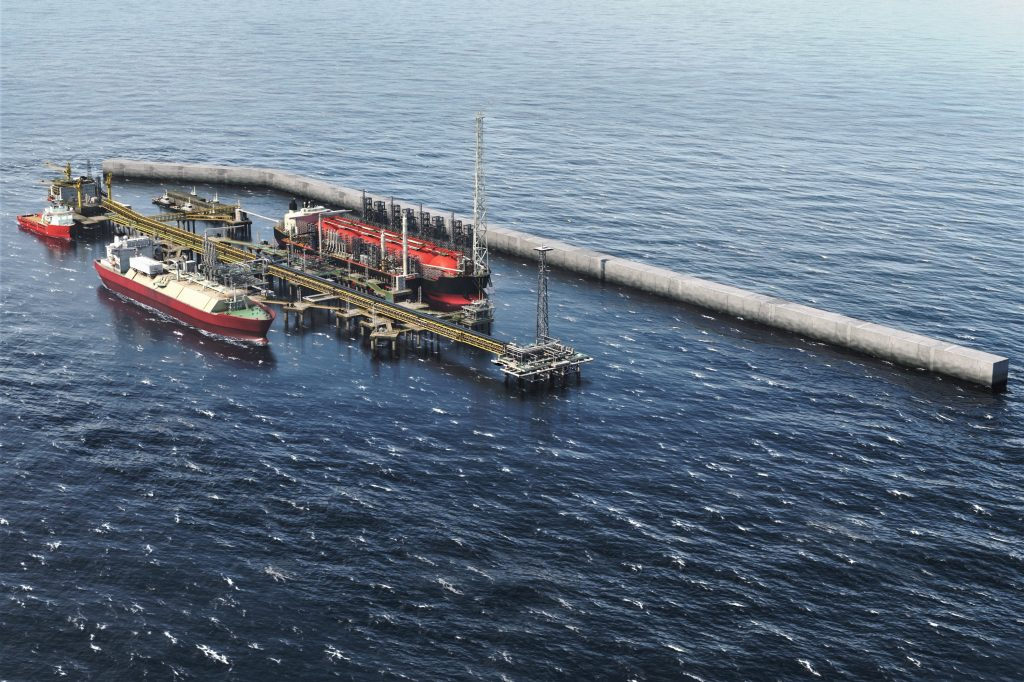 Golar LNG entered into a 20-year lease and operate agreement with BP for the charter of Gimi, a floating LNG unit that will service the Greater Tortue Ahmeyim project offshore Mauritania and Senegal.

Expected to begin production in 2022, Gimi will liquefy gas as part of the first phase of the project. It is designed to produce an average of approximately 2.5 mtpa of LNG using Black and Veatch’s PRICO liquefaction process. Keppel will fabricate the vessel at its shipyard in Singapore. The company previous partnered with Keppel on the FLNG Hilli Episeyo, the world’s first FLNG conversion project. Hilli Episeyo has maintained 100% uptime since beginning commercial operations offshore Cameroon in June 2018.

The total gas resources in the field are estimated to be around 15 Tcf. Construction of the unit is expected to cost around $1.3 billion.

“Golar is delighted to have the opportunity to demonstrate the safe and reliable operation, quality, and value of FLNG offering to an energy company such as BP, and we look forward to safely delivering and building on this long-term relationship over the decades ahead,” Golar CEO Iain Ross said in a statement.

The Greater Tortue Ahmeyim project will produce gas from an ultradeepwater subsea system and mid-water FPSO vessel that will process the gas, removing heavier hydrocarbon components. The gas will then be transferred to the Gimi, which will be situated at a nearshore hub located on the maritime border of Mauritania and Senegal.

BP announced FID for Phase 1 of the development in December 2018. It is the first major gas project to reach FID in the basin. BP Gas Marketing was selected as the sole buyer for the LNG offtake from Tortue Phase 1.