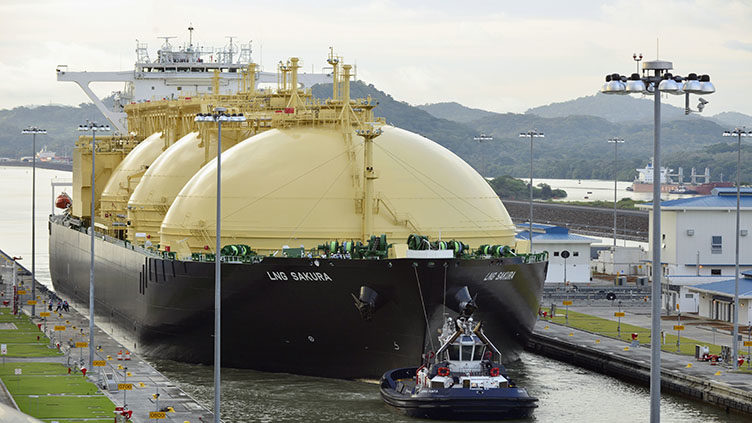 Japan is bringing its nuclear reactors back on line following the suspension of operations at all reactors after the 2011 Fukushima accident. As the reactors return to full operation, the increase in nuclear generation is likely to displace generation from fossil sources, in particular natural gas. Because Japan imports all of its natural gas in the form of LNG, increased nuclear power production is likely to reduce Japanese imports of LNG in the electric power sector by as much as 10% in 2019.

Japan suspended operations at all nuclear reactors for mandatory safety inspections and upgrades, leaving the country with no nuclear generation from September 2013 to August 2015. Utilities turned to importing large volumes of LNG to meet electricity demand because existing coal-fired power plants were already operating near full load.

The pace of restarts has been slow, with the average reactor requiring nearly 4 years to come back on line. In 2018, Japan restarted five nuclear reactors that were shut down after the Fukushima accident. There are now nine operating nuclear units with a total electricity generation capacity of 8.7 gigawatts. Electricity generation produced by natural gas-fired plants in Japan has been declining annually from its peak in 2014 and is likely to decline further in 2019, while generation from nuclear units will likely increase.

As the five nuclear reactors were gradually restarted in 2018, they began to offset natural gas-fired generation, and as a result, LNG imports decreased as the reactors reached full operation. In 2019, their first full year of operation, the US Energy Information Administration estimates that the restarted nuclear reactors will further displace Japan’s LNG imports by about 5 mtpa, or 0.7 Bcf/D of LNG. This is equivalent to 10% of Japan's power sector natural gas consumption and 6% of the country’s LNG imports in 2018.

Japan relies on imported LNG to meet all of its natural gas demand and imports more LNG than any country, averaging 11 Bcf/D in 2016 through 2018. The imports originate from several countries worldwide. LNG imports from Australia have grown in the past 2 years to account for more than one-third of the total imports, and they have displaced imports primarily from Malaysia and Qatar. In 2016 through 2018, these three suppliers accounted for 60% of Japan’s LNG imports.

LNG imports from the US account for a small percentage of total imports, but they nearly doubled from 0.16 Bcf/D in 2017 to 0.3 Bcf/D in 2018, according to data from Japan’s Ministry of Finance. Japan’s LNG importers have signed long-term contracts with US LNG export projects such as Freeport, Cameron, and Cove Point. Most of Japan’s LNG imports are under long-term contract with existing foreign suppliers, and these contracts are set to expire during the next decade.

Japan's long-term energy policy calls for the nuclear share of total electricity generation to reach 20% to 22% by 2030, which would require up to 30 reactors to be in operation. Out of the remaining fleet of 35 operable reactors, 9 are currently operating, 6 have received initial approval from Japan’s Nuclear Regulation Authority, 12 are under review, and 8 have yet to file a restart application.