Are Deepwater Projects Due for a Revival? 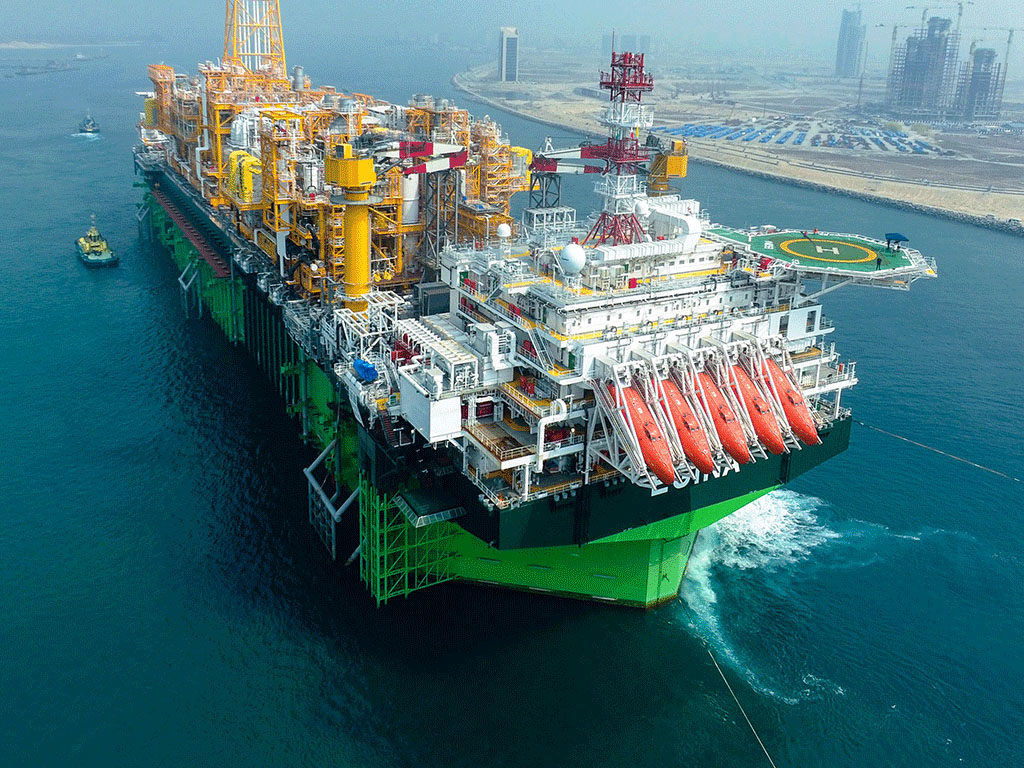 Total
The Egina deepwater project offshore Nigeria is expected to produce up to 200,000 BOPD for Total.

After a sustained cost reduction spawned by the oil price downturn, deepwater projects look prime to make a comeback. A Wood Mackenzie report published in late November estimated a 50% drop in the cost of developing new deepwater barrels since 2013, a drop driven primarily by lower rig costs, lower drilling times, and greater emphasis on efficient project execution. While the average deepwater project saw 10% to 15% cost overruns from sanction to startup from 2006 to 2013, that figure dropped to 5% from 2014 to 2016.

This has created a more favorable investment environment for operators and private equity in the near term: Wood Mac expects deepwater investment to increase from $50 billion to a peak of nearly $60 billion by 2022.

“We’ve had a window of low oil price and low capture costs, so really it’s been a period of rebuilding out inventory, our approach to exploration, and making sure we deliver the successes that we anticipate,” said Kevin McLachlan, senior vice president of exploration at Total. “[Deep water] is a part of our DNA. It’s something we’re good at.”

Still, though, there exists an intense competition for capital. New areas such as Mexico, Brazil, and the MSGBC Basin [Mauritania, Senegal, The Gambia, Guinea Bissau, and Guinea Conakry] may become the key drivers of future deepwater growth, and the increasing diversification of available investors will create a different landscape from the one operators navigated before the downturn.

Deepwater figures to play a significant role in Total’s output and cash flow in the near future, thanks largely to the startups of the Kaombo North project in Angola and the Egina project in Nigeria last year, as well as some of its large pre-salt discoveries, which are expected to add approximately 100,000 BOPD in production by 2022. Production from Kaombo South is expected by this summer. In September the company said it expects production from deep water to reach 500,000 BOPD by 2020, contributing to more than 35% of its cash flow from operations.

Speaking at a panel discussion during CERAWeek by IHS Markit, McLachlan said that the company has “very high expectations” on its ability to deliver profitability to investors in deep water.

“It’s really about making the unit costs work on a comparative basis so that we can deliver to the corporation long-term growth that’s profitable at a low oil price. If we see higher prices, great, then we’ll see higher returns, but it’s really about trying to make that portfolio, mature it, and drill it. Then we can hopefully deliver the long-term growth that the company expects,” he said.

While better project execution has reduced overspend, there is some concern that an increase in spend and activities will bring back cyclical cost inflation in offshore. Wood Mackenzie said in its November report that the return of cyclical inflation could halt deepwater cost reductions and test the sustainability of a revival.

Stephen Greenlee, president of ExxonMobil Exploration Company and vice president of the Exxon Mobil Corporation, said that deepwater projects are only as good as the value they create. He said that operators spent significant sums of money on deepwater exploration prior to the downturn, but higher costs and “dismally low” success rates created an environment where investors were “suspicious” of their ability to grow their value there. The outlook in the near term will get more optimistic if operators show they can maintain a consistently profitable portfolio.

“Every day we come to work and it’s a new world out there for exploration because of the risk profiles out there, but I don’t think there’s anything that can affect the bottom line as much as a profitable deepwater project,” Greenlee said. “I know it’s a little bit contrarian, but I think we need to prove our ability to replicate these profitable projects, and only when we do that will the market be completely comfortable with us.”

Greenlee pointed to ExxonMobil’s Guyana operations as reason for optimism. Liza Phase 1 will produce up to 120,000 BOPD after its planned 2020 startup, and an additional FPSO with a 220,000-BOPD capacity is being planned as part of the Liza Phase 2 development.

“Guyana is completely competitive with anything that’s out there for us,” Greenlee said. “It has low breakevens, and it has the ability to provide us with high-quality, profitable production growth by 2025. For us, that’s incredibly creative.”

The panelists discussed the role collaboration will play in keeping costs down, and how companies can balance collaborative efforts with competitive nature. McLachlan said that maximum value creation in deepwater comes from choosing the right basins, and in exploration, operators need to be cognizant of competitive boundaries. However, he said collaboration and standardization is necessary on the operations side, once a project has reached the development stage.

“I think we as an industry need to collaborate with governments to put in place good fiscal frameworks that ensure stability around our investments,” Reitan said. “Then, I think we need to work closer with suppliers to control the technology that unlocks the next level of performance. I think it’s all about collaboration to unlock that.”

As a wholly government-owned company, Petronas sits on the boundary of collaboration between industry and the regulator. Emeliana Rice-Oxley, vice president of exploration, upstream, at Petronas said at the CERAWeek panel that the company’s position will be beneficial as it seeks to expand its reach beyond its home base of Malaysia: The NOC won a number of contracts in the 2017–2018 Mexico bid rounds and is set to drill a deepwater project offshore Mexico in the next fiscal quarter.

“When we look at the challenges that industry faces, we’re looking at ways to reduce costs because, really, that’s increasing our efficiency and the profitability of our industry,” Rice-Oxley said. “We were involved with all the operators and the service providers in trying to look at how we can work together. We looked at integrated activity planning. We looked at logistics. We looked at supply vessels to ensure we’d bring the costs down. Those are the kinds of things we can bring as we go abroad.”