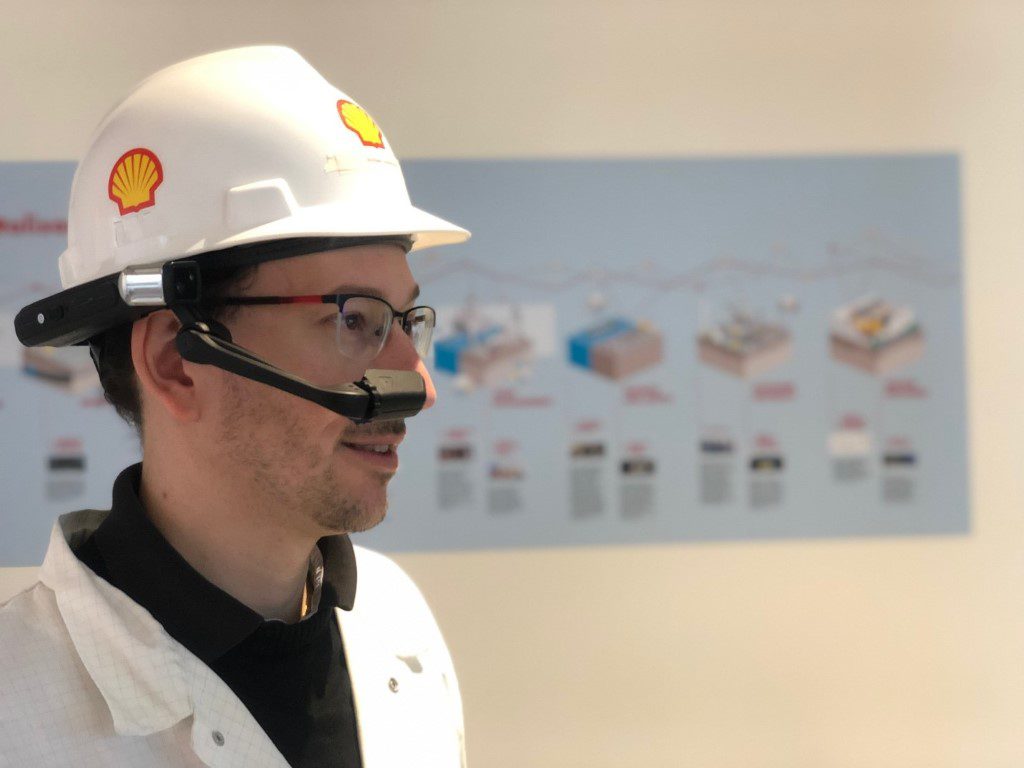 Augmented reality headsets developed by a Silicon Valley startup will be deployed to facilities run by Shell in 12 countries. Source: RealWear.

Augmented reality (AR) is increasingly becoming a reality for the upstream oil and gas sector. The latest evidence is an announcement by Shell that it will be stepping up its use of industrialized AR headsets made by a Silicon Valley startup called RealWear.

“A new era of computing has arrived,” said Michael Kaldenbach, Shell’s digital realities lead, in a company press release this week. “Just as laptops and mobile phones are standard for desk workers, voice command and augmented reality for wearable computers will become commonplace for field staff in our industry, driving safety and productivity.”

The release also noted that there are 2.7 billion “deskless” workers around the world who could benefit from being connected via technologies like the AR headsets.

Shell’s rollout of the new digital technology will be done through RealWear’s distribution partnership with Honeywell, which was among the first major companies to buy into the RealWear technology last year. The deal will see the devices deployed to Shell’s plants and facilities in 12 countries, including the US, China, Russia, and India.

Shell has been field testing at least 40 of the headsets in several of the countries in which it operates. Existing oilfield users include NOV, which has been using the AR headsets on rigs in support of the service company’s automated drilling system.

The primary application so far, for Shell and other users, has been to use the AR headsets for remote assistance.

The most common use case scenario for the headsets revolves around equipment maintenance. With an AR headset latched onto the hardhat, a frontline technician can communicate and receive instruction through audio and real-time video on how best to repair a downed unit. Experts on one end can use telestrator technology to point out critical components, or the technician can use voice prompts to navigate through repair manuals. The technology is seen as making repairs more efficient and possibly safer.