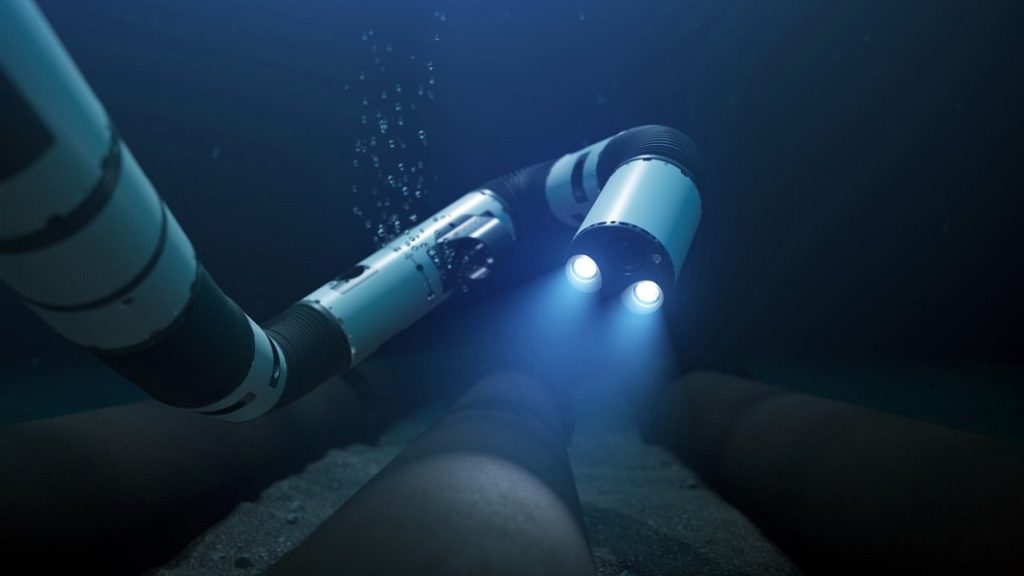 Equinor is installing an underwater drone in Norway’s Trondheim Fjord for testing and will soon deploy it for seabed maintenance work at the Asgard field in the Norwegian Sea.

The company developing the drone as well as the drone itself are named Eelume. The drone is described by the company as a snake-like, self-propelled robotic arm “whose slender and flexible body can transit over long distances.” It consists of several modules that allow it to be connected in different combinations to form various types of vehicles. Sensors and tools can be mounted anywhere on the drone.

The flexibility enables the drone to perform subsea inspection, maintenance, and repair work in confined, difficult-to-reach places without being tethered to a support vessel. It will inspect pipelines and operating valves, reducing costs from previous, more strenuous methods of subsea inspection, Equinor said. The drone is to permanently remain underwater and reside in a subsea docking station, where its battery will be charged.

The drone was conceived at the Norwegian University of Science and Technology in partnership with the research organization SINTEF, and the company was spun off in 2015. A strategic partnership was formed a year later via Equinor Technology Ventures’ LOOP program—then known as Statoil Technology Invest—and Kongsberg Maritime to advance development of the drone. The group continues to work to increase the drone's level of autonomy.

Among the Norwegian Continental Shelf’s largest projects, Equinor-operated Asgard field lies in 240–310 m of water around 200 km off Norway. The oil, gas, and condensate field consists of 63 production and injection wells drilled through 19 subsea templates. Production began in 1999.