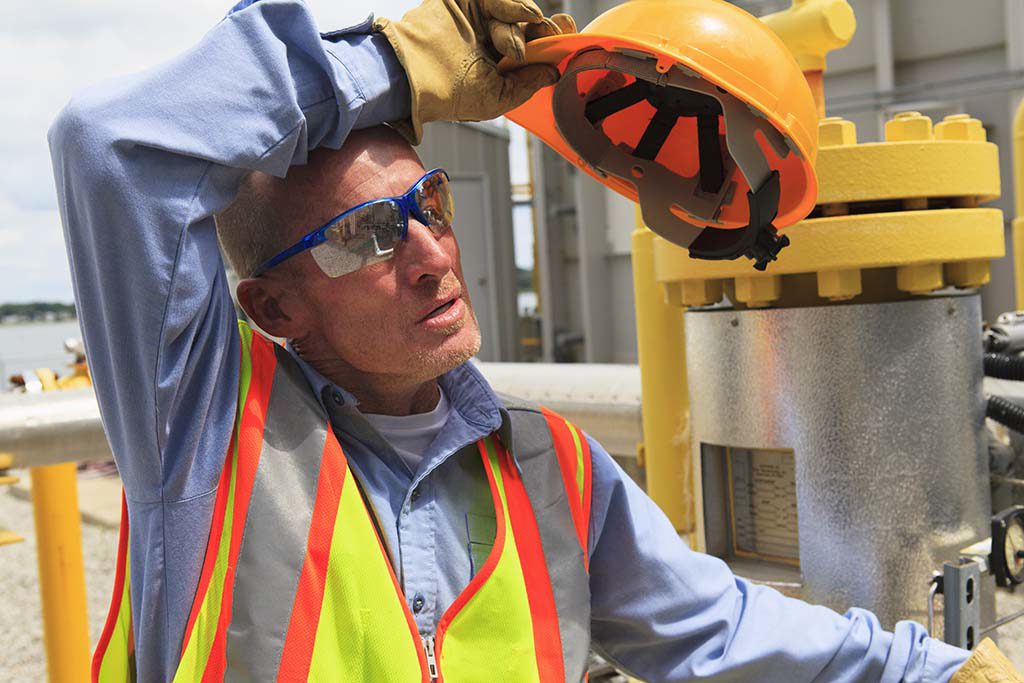 From the 1989 Exxon Valdez incident, which spilled 10.8 million gallons of crude oil and signicantly impacted the environment, to the 2005 Texas City Refinery explosion that killed 15 workers and injured 180 more, to various deadly air crashes, ferry capsizings, and other major accidents, fatigue has been cited as an attributable cause. It is imperative that the industry recognizes the threat posed by fatigue and put the right measures in place to minimize the associated risks. This paper intends to raise awareness on the impact of fatigue in the petroleum industry and recommend a framework for fatigue risk management (FRM).

Although a wide consensus is lacking, the concept of fatigue is mostly described as the exhaustion of mental and physical strength that results from bodily labor or mental exertion. One definition of fatigue is the inability to function at a preferred level due to incomplete recovery from the demands of waking activities. Another calls fatigue a state of sleepiness with the associated lack of mental alertness caused by sleep deprivation. The American Petroleum Institute defines fatigue as reduced mental and physical functioning caused by sleep deprivation or being awake during normal sleep hours.

Companies in the petroleum industry, from exploration and production, to transportation, refining, and distribution, operate around the clock. Industry operators and service providers strive to achieve a safety goal of no fatalities or harm to personnel, and no damage to assets and environment. Over time most operating companies and service providers have developed well-structured frameworks for process safety risk management. Aspects of personal safety, especially those that are operations-related, are also well managed. Yet a significant number of incidents have resulted from human factors related to stress and fatigue. Operators, employers, supervisors, and employees all have a part to play in ensuring that any risk associated with fatigue is minimized.

In this paper, the impact of fatigue is presented to provide awareness to organizations and individuals on its inherent dangers. The authors recommend a structured framework that entails embedding of a safety management system (SMS)-based FRM system, which includes studies, gap analysis, and closure plans, as well as implementation, audits, and reviews. They believe that using a risk model to review outcomes and recommend actions will ensure appropriate mitigations, effective controls, timely implementation, periodic audits, and reviews that will enable a safe working environment. This system may be deployed in all areas of petroleum industry operations. Similar models have been deployed in other industries with success.

Fatigue results in slower reactions, reduced capacity to process information, memory lapses, absent-mindedness, reduced awareness, lack of attention, poor risk appreciation, and reduced coordination. Paper SPE 193418 reports that a 2003 study indicated that human error resulting from fatigue is the most dangerous. It also cites a 1999 study, which posited that fatigue could result in performance impairment equivalent to or greater than 0.1% of blood alcohol concentration, a level considered intolerable for driving a crane or operating dangerous equipment. That study concluded that fatigue is four times more likely to contribute to workplace accidents than drugs or alcohol. Fatigue also has been implicated in 20% of accidents on roads and is estimated to cost the UK between £115 million and £240 million per year. The paper discusses several accidents inside and outside the oil and gas industry in which fatigue was played a significant role.

The earliest FRM systems emerged in the early 1900s, when the labor movement in the UK began to influence work hour regulations and laws. Before that, the use of electricity was limited. Workplace lighting was provided by fires, candles, or gas lamps. These light sources did not provide sufficient light for factory work, large-scale activities, or fine craftwork; therefore, the average person slept 9 hours per night. Electricity provided levels of lighting equal to or sometimes superior to daylight. This resulted in longer working hours year round because factories and shops now could be run 24 hours a day. Many employees were placed in a 24-hour work mode, not as a matter of choice, but as a necessity of modern life.

The concept of hours of service regulation emerged by the middle of the 20th century. The concept assumed that most of the risk of fatigue could be addressed by merely placing restrictions on the hours worked in a stated time period and providing for the minimum number of hours of rest between work shifts. By the early 1980s, it became apparent that the underlying assumptions of hours of service regulations were severely flawed. This led to the systematic approach to managing employee fatigue risk in the work place. The paper includes a table that tracks the emergence and development of FRM systems. It also proposes steps for implementing FRM systems in an organization and presents a process flow chart.

Paper SPE 193418 describes a successful application of an FRM system to close a gap in Shell Petroleum Development Company (SPDC) of Nigeria following an audit of a floating production, storage, and offloading facility (FPSO).

The FPSO delivers 225,000 B/D and vast amounts of gas. It holds 180–200 personnel on board and an additional 80–150 personnel in adjoining vessels. Complex safety-critical activities are carried out around the clock by diverse groups of workers.

The FPSO operates two shifts—day and night—with the work cycle of 14 of 14 days and 28 of 28 days, mostly rotating from base country, while 5% of workers are expatriates rotating into the facility from overseas. At the time the program was initiated, no significant workplace changes had taken place during the the past 12 months relative to hours of work undertaken by the FPSO workers.

The FPSO is equipped with shared rooms and ensuite accommodations. A recreational facility is also available on the facility for use by workers to promote wellbeing. Overall, workers observe an average of one-hour breaks for lunch and two 30-minute breaks for tea and coffee. Workers live on the facility and walk to and from the work location each working day. Transportation to and from the FPSO at the beginning and end of each 14- or 28-day rotation is by helicopter.

Intervention. An intervention plan was instituted to close out the identified gaps after the deployment of a decision tool. As part of steps taken to close out the identified fatigue-related gaps, a FRM plan was developed and approved by the FPSO manager. A working group comprising representatives from each worker group—i.e., maintenance, marine, operations, and catering—were involved in the development of the plan, which also included an implementation tracker and a self-reporting tool.

The following steps were taken and adopted by SPDC as intervention measures to ameliorate any fatigue-related issues workers may be experiencing prior to a follow-up survey.

Pre-intervention results. The outcome of the survey completed before the intervention revealed that 55% of day shift workers found the last 4 hours of their shift duty tiring, and 37% of workers confirmed they were regularly fatigued on their roster at the time of the survey. Eighty-two percent of the day shift workers considered fatigue a problem on site, and 92% of workers reported they had had at least one fatigue-related incident or near miss in the 6 months preceding the survey deployment. More than half (56%) of personnel had committed a fatigue-related error in the past year, 43% had forgotten to do something, 12.9% did not follow procedure, and 1.6% used equipment incorrectly. Regarding sleep management, 35% claimed not to get enough sleep when working on their current roster.

Post-intervention results. A follow-up survey was conducted 8 months after the intervention program was deployed. At the end of the intervention, 78% of personnel had attended at least one fatigue risk awareness session and were familiar with the self-reporting format. Eighty-four percent believed they could self-report fatigue. Only 6% still reported a fatigue-related near miss or incident in past 6 months, compared with 92% before the intervention. The rate of incidents related to fatigue was recorded as 8% during the pre-intervention study and reduced to 5% post survey intervention. A table in the paper displays the statistically significant difference between pre- and post-intervention response to the occurrence of fatigue related incidents in the previous months.

A safety-management-systems-based fatigue risk management model has emerged as the current gold standard for mitigating fatigue risk in SPDC. The authors of paper SPE 193418 contend that embedding FRM systems in organizations manages the fatigue risk proactively to as low as reasonably practicable, enables employee empowerment, and engenders a more positive work culture.