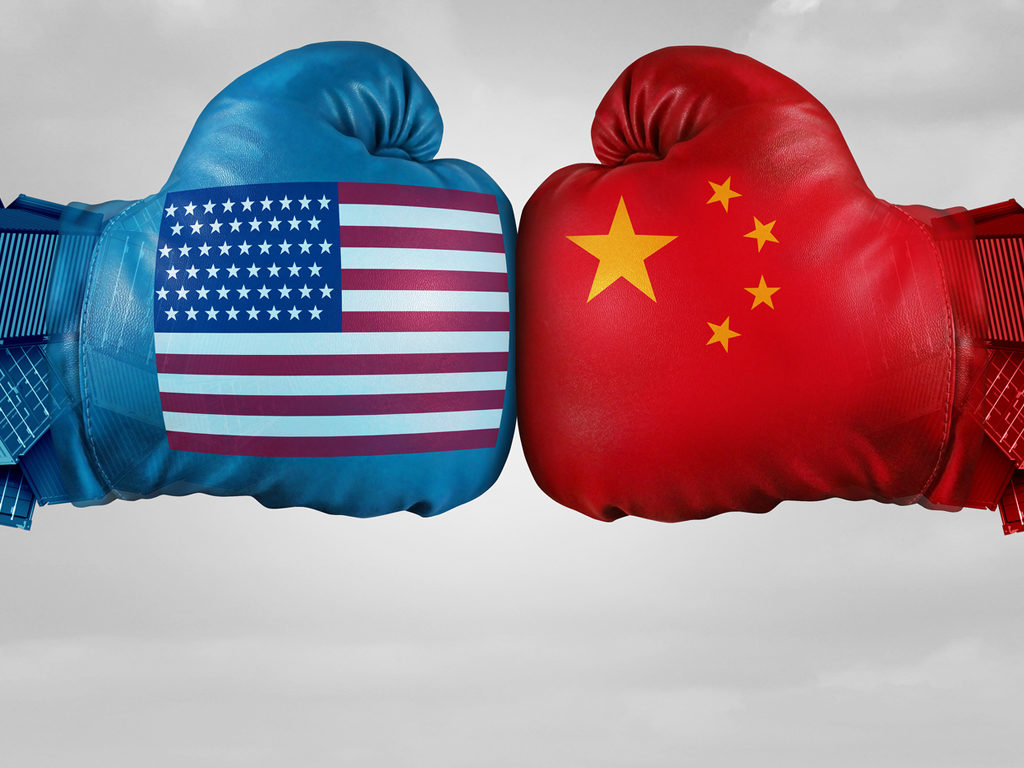 China announced on Monday that it will raise the duty on imports of US LNG to 25% from the previous level of 10% in retaliation to the US increasing its tariffs on $200-billion worth of Chinese goods.

Rystad Energy forecasts that Chinese LNG demand will reach 95 mtpa in 2025, up from 53 mtpa in 2018. This would make China the world’s largest LNG importer. The US, on the other hand, is the fastest-growing LNG exporter thanks to strong Asian and Chinese demand. US export volumes are expected to nearly quadruple over the coming years, reaching 84 mtpa by 2025 based on currently sanctioned projects.

However, the increased tariffs will create additional headwinds for US LNG projects that are currently awaiting final investment decisions (FIDs). Our energy research and consultancy noted previously that if LNG prices continue to linger around their current low level for an extended period of time, some of the more expensive LNG projects could struggle to offer competitive terms to buyers—and this could result in FID deferrals.

Most of these projects need to secure long-term contracts in order to get financing for their development. China is expected to be one of the biggest contributors in sponsoring new LNG projects over the coming years, and there will be a reluctance to signing new deals with US projects as long as this trade war persists. For example, Cheniere and Sinopec agreed late last year on a 20-year deal that would supply 2 mtpa of LNG to China starting in 2023. This deal could have been signed once the trade tensions were resolved, but due to the heightened tensions, this has not happened.

China’s decision to impose tariffs on US LNG will make LNG projects outside of the US more attractive. As illustrated in the figure below, so-called oil-indexed gas contracts are more common in countries such as Australia, Qatar, Mozambique, and Papua New Guinea compared to the US, where indexing to the Henry Hub price is more prevalent. 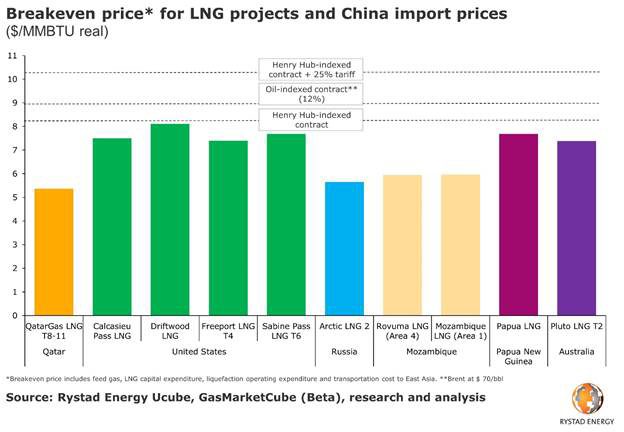 This means that non-US projects are more competitive in terms of breakeven price (delivered), and that China therefore could have greater bargaining power when negotiating new contracts.

Commenting on the short-term outlook for the global gas market, Per Magnus Nysveen, Rystad Energy head of analysis, said,"US LNG export to China is already seriously affected by the 10% tariffs in effect from last year, and we expect it to continue to be so as long as the tariff is imposed.”

Sindre Knutsson is a senior analyst on the Rystad Gas Markets team. He may be contacted at sindre.knutsson@rystadenergy.com.