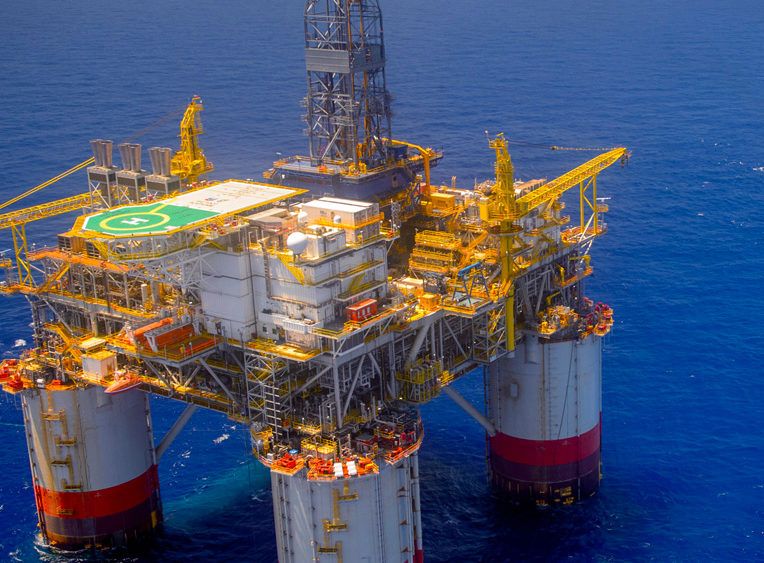 Big Foot, one of Chevron’s major capital projects in the US Gulf of Mexico (GOM), started production last November. With more than 200 BOE in recoverable resources and a tension-leg platform (TLP) believed to be the deepest of its kind in the world, the field is expected to bolster the company’s deepwater portfolio.

The path to startup has not been the smoothest, as anyone familiar with the situation would know. Production from the field was supposed to begin in 2015, but the project was delayed due to technical difficulties with its 16 mooring tendons during the initial installation. Following the sinking of the six tendons on 29 May 2014 and subsequent damage to three additional tendons in the days following, Chevron had to move the TLP back to sheltered waters. The temporary buoyancy modules that supported the tendons during installation also fell to the seafloor, and the tendon failures led to a suspension of installation work.

The platform would not be successfully installed until the spring of 2018. In the interim, the people working on the project faced a completely unexpected set of circumstances.

“What was required was a fundamental mental shift from commissioning and startup,” Big Foot floating production unit facilities manager Todd Jones said. “The mindset became one of preservation. It was an entirely different philosophy, and entirely different mindset after the incident.”

Speaking at a panel discussion held during the 2019 Offshore Technology Conference (OTC), Jones and other Big Foot personnel looked at the challenges they faced at various points in the project as well as the strategic shift they undertook following the tendon incident. Renard Falcon, installation manager for Big Foot, said the recovery work on the site began as soon as the site was stabilized, with Chevron developing plans for site cleanup and for possible reuse of any component within each recovered tendon.

None of the panelists went into the details about what caused the tendons to collapse (analysts for Raymond James speculated in 2015 that the strong loop currentswere the likely cause of failure), but Falcon said the recovery work uncovered two types of tendon damage. Six tendons reached what he called the “fallen position,” where the tendon collapsed over itself but the tendon bottom connector stayed inside the receptacle where it was originally installed. The three other tendons were driven into the piles installed to keep the foundation stationary on the seabed, which Falcon said were particularly difficult to remove.

“We had some tendons as deep as 80 ft into the pile, and essentially what we had to do in those situations was attempt to remove them. It was quite a bit of work thee. Part of our inspection work in those cases was determining if we had any kind of damage inside of the pile. In our case, we were actually able to reuse all of our piles,” Falcon said.

Site clearance was performed in two phases, first clearing the area around the piles and the wells themselves, and then removing the remaining debris on the seafloor in collaboration with the US Bureau of Safety and Environmental Enforcement (BSEE). The debris removal required detailed mapping of the field area with remotely operated vehicles (ROVs), which Falcon said enabled recovery teams to establish a baseline for operations and closely monitor their work.

Chevron had to remove approximately 45,000 ft of tendon debris over an area that spread out over 1,300 ft in distance. Falcon said crews could only pick up and safely manage 120-ft segments, which required them to use various cutting tools to separate the pieces as part of a “severing” campaign. Surveyors kept track of each tendon section.

“We knew the tendons and the order in which they collapsed, so as we had debris on top of other debris, it was obvious to us what had to be where, because if we knew Tendon 1 fell before Tendon 2, and we saw crossed tendons, we knew Tendon 2 had fallen on top of Tendon 1. We also had the ROV footage, so we had a very detailed account of what might have been below the mudline and what might have been above the mudline on the seafloor. We knew we were going to recover all the debris that we had to recover,” Falcon said.

Even before the incident, Chevron faced difficulty finding the right window with the loop current—the clockwise flow of warm water that extends northward into the Gulf Stream from the Caribbean Sea—and its eddies to finish the installations of both the tendons and the TLP. Jones said it made excursions well to the south of the installation site in the hopes of locating a gap in the current. On 18 May 2014, it attempted to install the TLP but was unable to even start the process. The TLP was returned back to the holding area, and following the tendon incident on 29 May, the focus shifted to moving the TLP back to shore.

“That original towing plan was several years in the making, and now we had to come up with something in a couple of months to get it back. It was really about managing the risks and executing the plan under time constraint pressures,” Jones said.