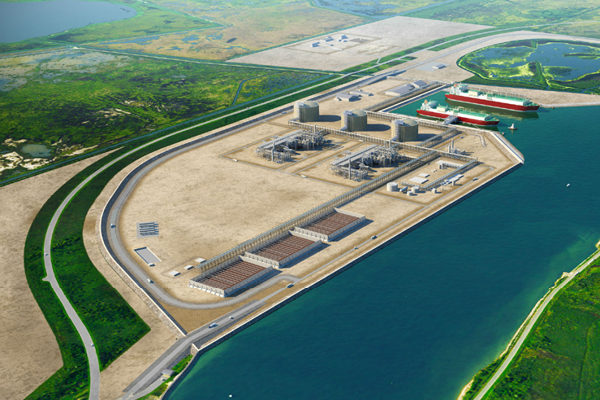 Saudi Aramco has agreed to purchase a 25% share of a multibillion-dollar LNG export terminal currently being developed by Sempra Energy in Port Arthur, Texas. The deal, which includes a 20-year sale and purchase agreement for 5 mtpa of LNG, is Saudi Arabia’s first known non-binding agreement to buy LNG, as the country looks to join other LNG exporters shipping fuel to other markets.

Giles Farrer, Wood Mackenzie research director, said that the deal’s completion would most likely allow the Port Arthur facility to proceed to a final investment decision by the end of this year or early next year. Sempra has already signed a 3 mtpa deal to supply PGNIG, a Polish state-controlled company, with LNG from Port Arthur. The Saudi Aramco deal would take total contract volumes from the facility to 7 mtpa, a level that Ferrer said should be sufficient to secure debt financing.

“This is a signal of Aramco’s intent to become a global gas player and develop a broad LNG portfolio,” Ferrer said. “As the energy transition intensifies, we are seeing oil-focused NOCs following major international oil companies by diversifying their exposure away from oil and into gas and LNG.”

Sempra received final approval from the US Federal Regulatory Commission (FERC) in April and is likely to receive a final notice to proceed with the facility this year. Bechtel is lined up to provide the engineering, procurement, and construction (EPC) contract for the project.

“We expect Saudi Aramco will have been attracted to sign up with Port Arthur because Sempra is an established energy player with a long history of infrastructure ownership and development. The EPC wrap provided by Bechtel, and its strong project delivery reputation, provides further credibility too,” Ferrer said.

The proposed Port Arthur LNG Phase 1 project is expected to include two liquefaction trains, up to three LNG storage tanks, and associated facilities that should enable the export of approximately 11 mtpa of LNG on a long-term basis. The companies said in a statement that it could be one of the largest LNG export projects in North America, with potential expansion capabilities up to eight liquefaction trains, or approximately 45 mtpa of capacity.