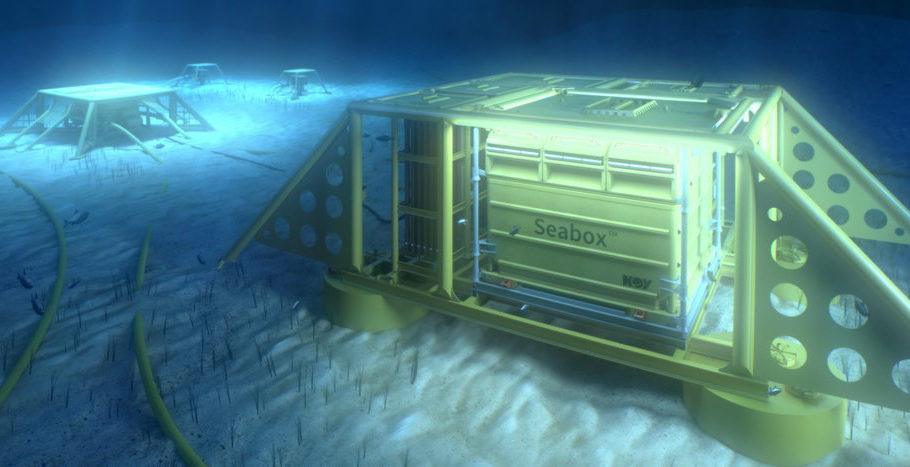 NOV
Systems like NOV's Seabox are being developed to enable produced water treatment directly at the seabed for pumping into injection wells. Seabox was deployed in 3Q 2018 for an extended test at an offshore installation.

Produced water is a term that typically comes up in a hydraulic fracturing context, but offshore projects have been dealing with increasing volumes for years, and operators know that the management of these volumes is critical to maximizing production from the reservoir. Recycling these produced water volumes can be useful for reinjection into a well and maintaining reservoir pressure, and in that vein, treating water at the source has become a greater priority for operators.

“I think we focus a lot on oil and gas production, but we are quickly getting into the water business,” said Torbjorn Hegdal, business development manager at NOV. “The requirement for getting water into the ground involves quality, which is a big issue. How do we get the right quality of water? How can we manage the reservoir better? I find it a little strange that there’s this tremendous focus on production, when it’s equally important to get the right quality of water.”

Speaking at a panel discussion during the 2019 Offshore Technology Conference (OTC), Hegdal and Dril-Quip vice president Don Underwood examined the technical challenges in treating produced water subsea, as well as areas of focus for developing technologies that can make subsea treatment more effective. The existing technologies that treat produced water are primarily located on topside facilities, and subsea separation systems currently do not meet the requirements to discharge water back into the reservoir. Underwood said this setup is problematic.

“An oil company executive told me one time about the madness of producing water, transporting it to a distant topside facility, treating it, and then transporting it back to the wellsite to reinject. It’s literally madness. There’s not much argument that this makes sense. Of course, we’re not even able to do that many times because we experience limits in the size, weight, and capacity of topside water-handling facilities. The longer the reservoir is producing, the more water it produces,” Underwood said.

Hegdal said flexibility in facility design will be critical in allowing operators to treat produced water as close to the reservoir as possible. Developing a field involves significant levels of uncertainty, and building platforms with set capacities for water treatment often leaves operators stuck. Modular facility design, Hegdal said, may allow operators to treat and transport unexpected water volumes in an efficient manner.

“When you go with the modular approach, being able to actually get more water where you need it, when you need it, and at the right quality, that’s where it’s so important; not only to manage the CAPEX, but to really capture the upside in the reservoir. That’s simplicity, reliability, minimizing the maintenance. These are all of the important things to get cost-efficient and cost-sustainable solutions,” Hegdal said.

The distance between the topside facility and the reinjection site also introduces flow assurance issues in handling produced water; Underwood noted such challenges as inorganic scale formation, hydrocarbon and wax deposition, as well as souring via the deposition of sulfur compounds. He said that subsea treatment tends to reduce chemical use, which makes physical separation and processing much more important, and operators generally prefer to use physical techniques rather than transport chemicals to the seabed.

In order to overcome operator bias toward non-chemical treatment, Underwood said more advancements were needed in physical treatment methods such as reverse osmosis membranes, distillation, electric coalescers, and filtration technologies. Physical methods tend to clog, and as treatment at the seafloor is not easily accessible for on-site personnel, he said increased reliance on subsea treatment will require more-reliable methods that can avoid over a longer period of time the various chemical compounds that can form.

“There’s just an amazing number of marginal fields to tie back to. In Norway, we’ve got close to 100 fields that are too costly to develop in a traditional way. In the UK, there are close to 400. That’s opportunity sitting there, and that’s not good when we’re locked into the old way of thinking. It’s very much related to the water injection. We need to disconnect from the host and get away from long, big, costly pipelines,” Hegdal said.