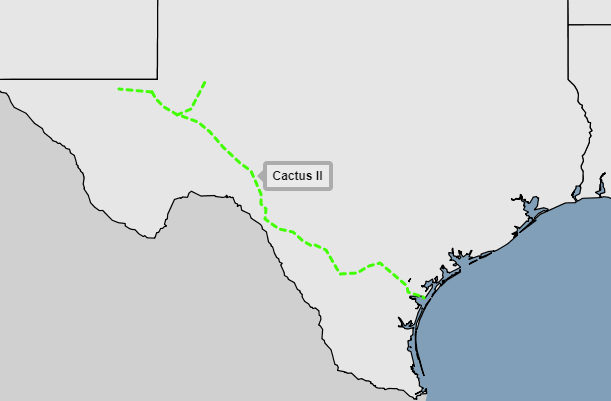 Plains All American’s Cactus II crude oil pipeline will begin partial operations late in the third quarter of 2019. Chris Chandler, Plains’ COO, said in a Reuters report that the company has completed about 90% of the construction of the pipeline, which is expected to transport 670,000 BOPD from the Permian Basin area to Corpus Christi, Texas.

The announcement comes a week after the US Federal Energy Regulatory Commission (FERC) partially approved the proposed rate structure and terms of service for the project. FERC declined to approve Plains’ request for the option to hold another open season to solicit shipper commitments for as much as 90% of the pipeline’s capacity on the expiration or early termination of service agreements.

Cactus II is one of several major pipeline projects scheduled to come on line this year connecting the Permian Basin, where production has surged beyond pipeline takeaway capacity, to the US Gulf Coast. In April, FERC approved terms of service and the rate structure for EPIC’s Crude Pipeline, a 900,000-BOPD line that is also scheduled to begin interim service this year. The interim service will transport crude from the Permian to existing terminals at the Port of Corpus Christi.

Plains previously announced the fast-tracking of Cactus II and another project, the Sunrise extension project, late last year. Partial service from the system had been slated to begin sometime in the third quarter, with full service targeted in 2Q 2020.

As part of the project, a new terminal south of Taft, Texas, is being constructed. Plains said that terminal will hold more than 1 million bbl of crude oil storage.