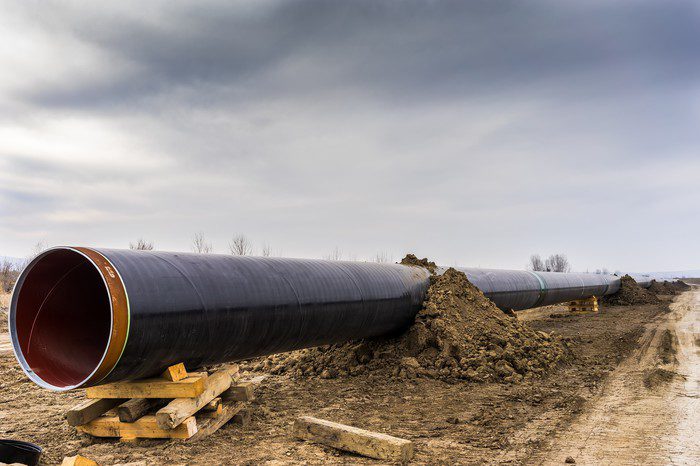 Phillips 66 and partners in two separate joint ventures are building the Red Oak and the Liberty pipeline systems to deliver a total of approximately 750,000 BOPD to the US Gulf Coast with startup of service in early 2021.

Phillips 66 and Plains All American Pipeline have formed a 50/50 joint venture and are proceeding with construction of the Red Oak Pipeline system. The system will provide crude oil transportation service for approximately 400,000 BOPD from Cushing, Oklahoma, and the Permian Basin in West Texas to Corpus Christi, Ingleside, Houston, and Beaumont, Texas. Initial service from Cushing to the Gulf Coast is targeted to begin as early as the first quarter of 2021.

The Red Oak JV will lease capacity in Plains’ Sunrise Pipeline system, which extends from Midland to Wichita Falls, Texas. The JV plans to construct a new 30-in. pipeline from Cushing to Wichita Falls and Sealy, Texas. From Sealy, plans include a 30-in. pipeline segment to Corpus Christi and Ingleside and a 20-in. pipeline segment to Houston and Beaumont. Plains will lead project construction on behalf of the joint venture, and Phillips 66 will operate the pipeline. The project is expected to cost approximately $2.5 billion.

Plains’ Cactus II crude oil pipeline, about 90% completed, will begin partial operations late in the third quarter of 2019 and is expected to transport 670,000 BOPD from the Permian Basin area to Corpus Christi, Texas.

In a second JV, Phillips 66 and Bridger Pipeline and are proceeding with construction of the Liberty Pipeline. The 24-in. pipeline will provide crude oil transportation service with a capacity of approximately 350,000 BOPD from the Rockies and Bakken production areas to Cushing, Oklahoma. From Cushing, shippers can access multiple Gulf Coast destinations, including Corpus Christi, Ingleside, and Houston, Texas. Initial service on the pipeline is targeted to begin as early as the first quarter of 2021.

Phillips 66 will lead project construction and will operate the Liberty Pipeline. The project is expected to cost approximately $1.6 billion.

Where feasible, both projects will utilize existing pipeline and utility corridors and construction techniques to limit environmental and community impact, according to the partners.