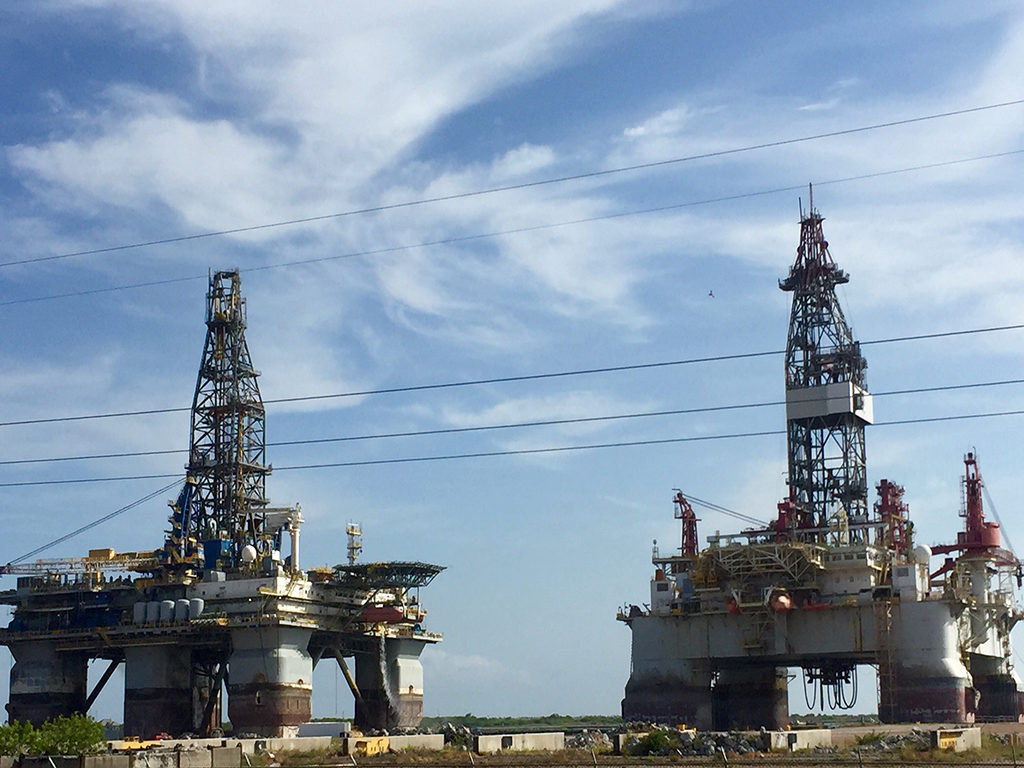 The Noble Jim Day semisubmersible (left) arrived at Harbor Island in Port Aransas, Texas, on 29 July to be cold stacked. The drilling rig is a Trosvik Bingo 9000 design built in 1999 and upgraded in 2010 with a rated water depth of 12,000 ft and a rated drilling depth of 37,000 ft.

Both rigs operated in the US Gulf of Mexico. The last contract with Noble Jim Day was with Shell before it was set for cold stacking. BP terminated its contract for West Sirius last March.