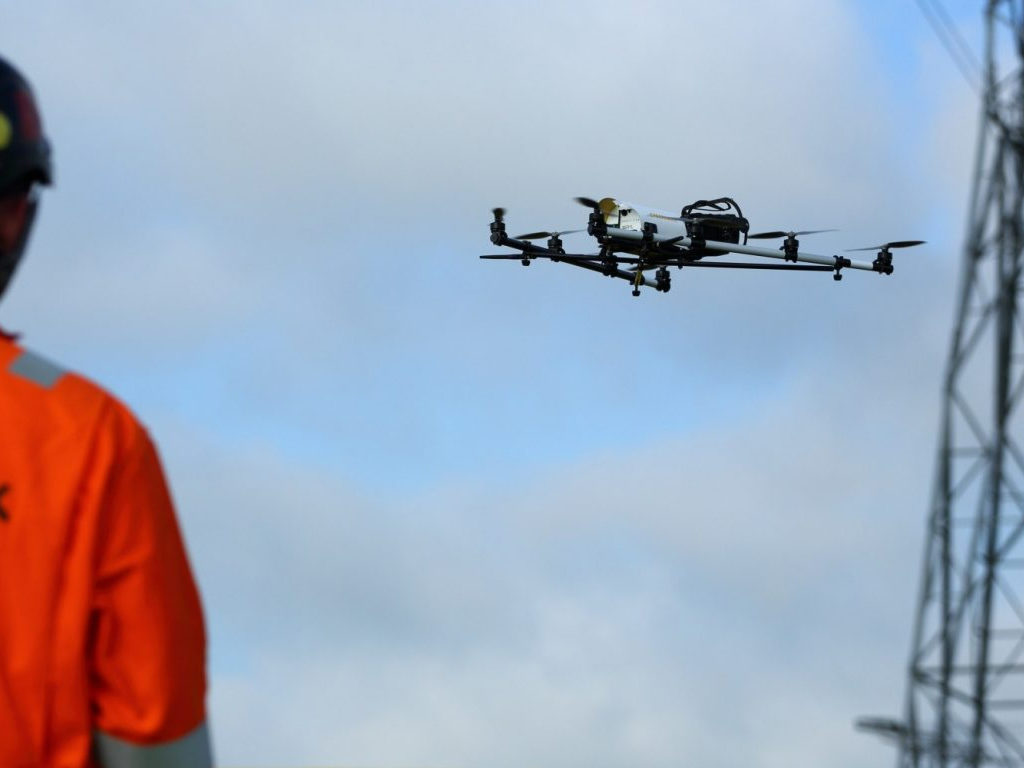 Unmanned aerial systems (UAS), commonly known as drones, are becoming a valuable tool for energy companies. They can improve on-site safety by taking dangerous tasks off the plates of personnel. They can help bolster emergency response and recovery efforts. They have enabled companies to better monitor assets that were previously difficult to monitor. Drones can also provide unprecedented levels of visibility around a site, allowing operators to have an optimal sense of what is happening with their projects.

But while drones may open operational possibilities, companies are still figuring out the best ways to use them, and what kind of value they have beyond visual inspections. This was the focus of a keynote panel session of operators held during the 2019 Energy Drone and Robotics Summit held in The Woodlands, Texas.

One topic that that came up often during the panel discussion was confined space inspection methods, which may carry life-threatening risk to the personnel that have to perform them. Confined spaces have limited means of entry or exit, and they are typically unsuitable for people to occupy for long periods of time. Inspection methods for confined spaces usually require extra planning, specialized equipment, and extensive protection for inspectors.

Drones designed to navigate and operate safely in confined spaces can be a significant aid to operators. Drone inspections reduce the need to acquire, assemble, or mount various access methods (rope access, scaffolding) and other special equipment (protective clothing, breathing aids). The also require a fraction of the time needed to perform a manual inspection.

Martin Robinson, global robotics system engineer at Dow, said eliminating confined space inspections was a priority for the company as it developed its robotics program six years ago.

“We were fortunate enough, when we started our robotics program, that it was a top-down initiative to eliminate confined space entry,” Robinson said. “It was less a concern about ROI (return on investment) and pure dollars and more about getting people out of harm’s way. We started collecting a lot of data. We were able to see the impact (the robotics program) had on the schedules, the impact it had on actually getting people out of harm’s way.”

George Williamson, manager of upstream engineering for BP, also spoke about the value in eliminating confined space entry, and in particular the value in documenting the man-hours eliminated, injury preventions, and operating revenue saved by taking personnel off of high-risk activities. In the past, Williamson said such figures would have required significant effort to compile in the past, but today UAS programs are getting better at marketing the business case for safety.

“It’s a funny thing. That’s the value. With a lot of operations, one of the things we haven’t been good at is really taking the time to document the savings and the value. We’ve felt like we’re a lot better at that,” Williamson said.

Robinson said a failure to sell the business case for UAS may make it difficult for developers to create new platforms.

“Right now, we’re just doing visual inspection for the most part, but going beyond that work within the robotic aerial platforms, we’re not there yet. I think we have to figure out as an industry how to get together and communicate business needs without giving away too much information. I’ve seen companies come and go because us buying 20 robots isn’t going to keep a company alive,” Robinson said.

A recurring theme throughout the discussion was the need to maximize the data captured from drone inspections, a straightforward way for companies to see ROI. Mark Hutcherson, director of operations excellence at ConocoPhillips, pointed to offshore flare tip inspections and digital twin mapping as areas where it was “very easy to justify” the business case for drone operations because the benefits (removing personnel from hazardous situations, savings in man-hours and costs) are obvious.

A less obvious value area is in operational workflows. Hutcherson said ConocoPhillips’ UAS advisory team has focused on talking to personnel in onshore operations and figuring out their “pain points,” the areas where drones could potentially provide significant relief, and identifying which pain points offer the biggest opportunities. He said successful drone programs can be built on the economics of individual use cases, and companies can find other opportunities to build off of, steadily growing the value of the program.

“What are some of the pain points for you as far as travel, as far as safety is concerned? What are some the things you’re looking at for surveillance,” Hutcherson said. “For us, it’s about getting with operations, finding the best chances for success, starting small, and then growing from the grassroots.”

“We have it plugged in with operations, we have it plugged in with land management, our engineering and construction, our marine team. We found those folks and those pain points, and we brought them solutions to solve those pains. As they’ve bought in, we’ve got some momentum behind the program. Other groups start to go, hey, wait a minute, we’ve got our own inspections we want you to look at. As the program grows, it finds a way to affect every department,” Walker said.