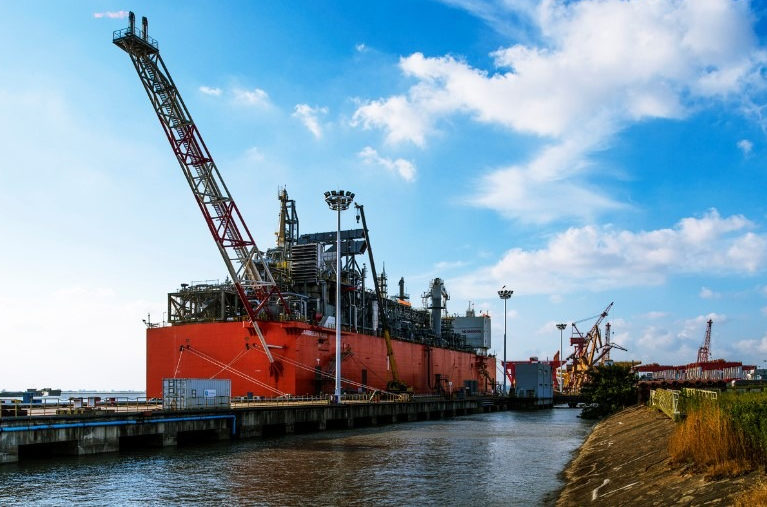 Wison Offshore & Marine
Tango FLNG, which can produce up to 0.07 Bcf/D of LNG, shipped Argentina’s first LNG cargo on 6 June.

Increasing production from the Neuquén Basin’s Vaca Muerta shale and tight gas play has driven a steady increase in Argentina’s domestic natural gas production. Vaca Muerta surpassed 1 Bcf/D in production last December. According to a report from the US Energy Information Administration (EIA), that growth has spurred the resumption of natural gas exports to Chile and Brazil, as well as the export of LNG.

Argentina’s first LNG export cargo was shipped on 6 June from the offshore Tango floating liquefaction unit (FLNG). State-owned YPF contracted the FLNG from Exmar under a 10-year agreement. Its production capacity is 0.07 Bcf/D of LNG and is expected to produce up to eight LNG export cargoes per year. Initial plans are to export 500,000 tons of LNG per year to overseas markets, estimated to bring in more than $200 million, or about a tenth of the company’s overall export revenues.

Argentina’s domestic natural gas production exceeds consumption during the warmer months of the year (defined as October through April), but the EIA said production is insufficient to meet demand during colder months (May through September). This requires the country to import natural gas by both pipeline and as LNG. Because Argentina lacks geologically suitable formations to serve as large-scale natural gas storage facilities, natural gas producers have to shut in surplus production to accommodate seasonal consumption patterns. Argentina is conducting feasibility studies to identify potential natural gas storage sites.

From 1990 to 2007, Argentina was a net exporter of natural gas. Since then, the country has been importing more natural gas by pipeline (primarily from Bolivia) and as LNG. Argentina imports LNG using Excelerate Energy’s floating storage and regasification vessel (FSRU) moored at the Escobar port near Buenos Aires.

Since becoming a net natural gas importer in 2008, Argentina has imported natural gas by pipeline and as LNG throughout the year. However, EIA said that in the past 2 years the country has been importing LNG only during cooler months thanks to the growth in domestic production. EIA estimates that this will continue until additional pipeline infrastructure is built to deliver growing shale production to major demand centers.

Natural gas from Vaca Muerta is transported by an existing pipeline network to the port of Bahia Blanca, where it is liquefied at Tango FLNG. These pipelines were previously used to transport imported LNG from an FSRU moored offshore at Bahia Blanca.

EIA said future growth in LNG exports will require additional investments in onshore liquefaction facilities and pipeline infrastructure or the use of additional FLNG production vessels.

Video: The Tango FLNG vessel arrived at Bahia Blanca, Argentina, in February. Exmar, the owner of the vessel, contracted to produce LNG for export over a 10-year period.