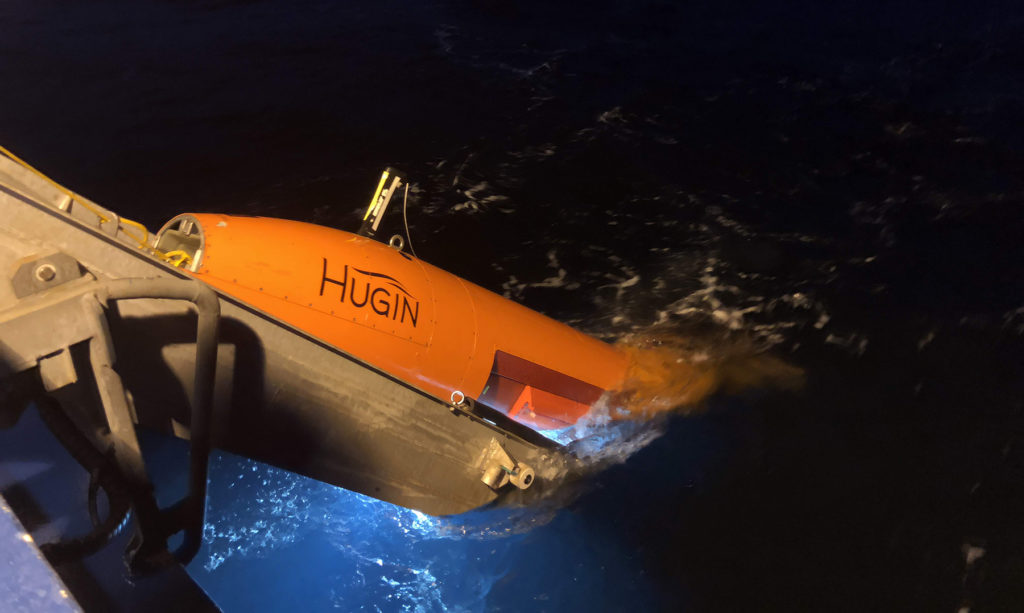 The inspections were performed on four pipelines over a combined 175 km on two dives using Kongsberg Maritime’s Hugin autonomous underwater vehicle (AUV). The Seakit Maxlimer unmanned surface vessel (USV) acted as the host vessel for surface positioning and communications to shore. The AUV acquired bathymetric, synthetic aperture sonar, and high-definition image data in order to verify the continued integrity of the pipelines. Swire controlled the operation from an onshore control center, including launch and recovery of the AUV, command and control of the USV/AUV, and monitoring of the acquisition of pipeline inspection data.

Swire completed its first autonomous offshore pipeline inspection last October on three pipelines between the Kollsnes and Troll A platforms. That inspection covered 180 km of pipeline over two AUV dives, acquiring similar data to this most recent inspection.

The company said the inspection campaign was part of an ongoing expansion of its provision of remotely controlled and unmanned subsea survey and inspection systems, covering large-area mapping services and small high-resolution inspections. In December 2018, it was awarded a frame agreement with Equinor for provision of offshore survey services.

For Equinor, the inspection marks another step into autonomous inspections. In August 2018, the company agreed to a 3-year contract with Oceaneering for subsea inspection, maintenance, and repair activities based around its E-ROV system, a work-class ROV that Equinor said can operate for extended periods of time without surface recovery. The pilot for E-ROV has been qualified to carry out valve operations on the Troll field. Equinor has also been installing a 4G wireless network on the Norwegian Continental Shelf to allow the transmission of control signals and video from the seafloor to the surface.

After a Decade of Waiting, the Keystone XL Will Be Built

The $8-billion pipeline project has been held up for years, but amid a historic price crash, the Canadian government is stepping in with funding to support exports.

McDermott was selected previously for a study of the FPU. Completion of the Trion project is expected in Q3.

The five-year contract is worth an estimated $400 and covers more than 200 offshore assets.