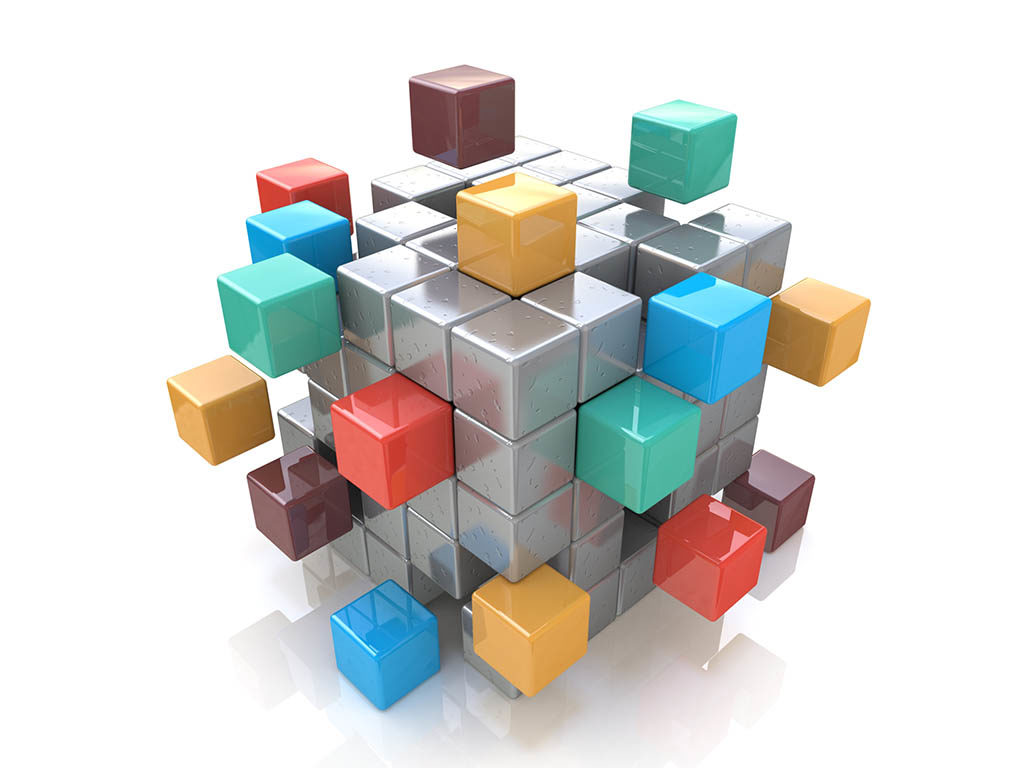 Megaprojects are here to stay, and owners and contractors share responsibility in making them better. These were among the topics discussed by a panel of oil and gas industry experts at the Rice Global Engineering and Construction (E&C) Forum at Rice University in Houston in September.

Moderated by Richard Westney, the founder and director of the Westney Consulting Group, and Jerry Kavalieratos, the managing director of Alvarez and Marsal, the session involved views and comments from the panel and audience participation.

Moderators asked the audience to agree or disagree with five statements (“propositions”) on current trends in the industry, and tallied their responses electronically. After presenting a proposition, the panel offered its thoughts and took questions, after which the audience would again take a survey to measure a potential change in opinion. Table 1 shows the results of the surveys. 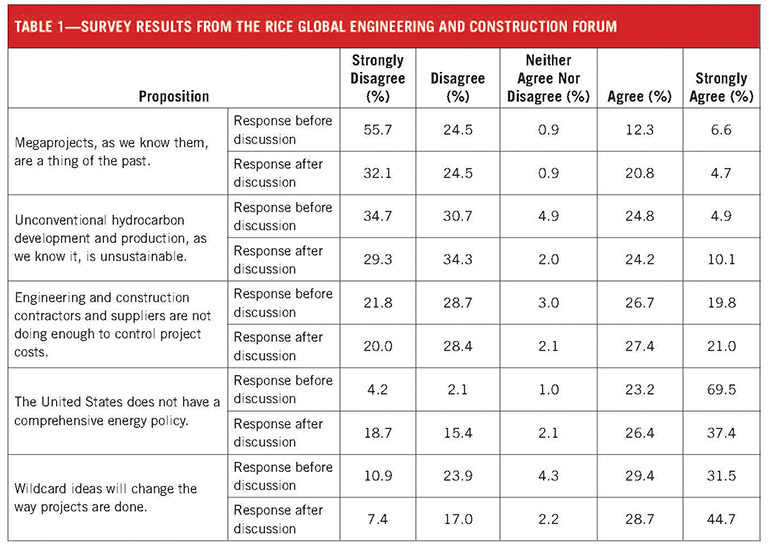 While the panel discussion covered a variety of topics, the propositions that produced the most debate centered on project management, an issue that has been at the forefront of the industry for decades.

The first proposition of the afternoon was whether megaprojects were a thing of the past. Sills disagreed with the notion that megaprojects, as currently considered within the industry, were much different from before.

“I can’t remember a time in the megaproject world in the last 3 decades where the projects we see coming at us are vastly different from the ones we’ve seen in the rearview mirror,” Sills said. “Sure, the landscape’s changing, but what’s new? A lot of other things have changed, but the constant factors that drive big projects are all still the same: decision quality in the front end, execution quality in the back end, and all the dumb stuff we do that creates project failures, that hasn’t changed either.”

McConnell said that there is too much emphasis on the “0.6 scale factor” rule, a general guide for scaling cost versus capacity within the chemical industry. The rule states that when comparing two projects, the ratio of costs should equal the ratio of their capacities raised to the 0.6 power. For example, if Project A has twice the capacity of Project B, Project A’s cost should be greater than Project B’s by a factor of two times the 0.6 power. McConnell said that the “bigger is better” philosophy that comes with this rule leads to unwieldy projects that are too big and complex.

“I would suspect that over time, disruptive technologies—the ability to do distributive technologies—is going to drive the contracting in a different direction,” McConnell said. “I think it almost has to, because some of these projects are just dying under the weight of their own [financing] or lack of [financing] in terms of complexity and being able to execute.”

The panel and the audience were also asked whether E&C contractors were doing enough to control costs. Watson said they were not doing enough, particularly when accounting for the effect of change on a project.

“It’s an ugly thing, change management,” Watson said. “The customer doesn’t want to hear about it, and sometimes we give up too quickly. Oftentimes, I think we get conflicted with the owners, and the relationships we have, so we’ll do our best to suck it up and make it work.”

To illustrate his point, Watson used an example of a hypothetical project in which the front-end definition stage was executed perfectly, but the sanctioning of the project was 3 months behind schedule. If an owner wanted to maintain the original end date as established during definition, the probability of success will decrease. Watson said that owners and contractors share in this problem: Owners must be more willing to accept change, and contractors must be more straightforward in explaining change to the owners.

“We proceed on the strategy of hope,” Watson said. “Some people say hope is not a strategy. I do think a lot of times you see the same situations as a project proceeds. Change happens. Oftentimes, our customers cannot fathom that one change has that much impact.”

Sills differentiated the types of cost issues that owners often face into two categories: competitive, when the cost of a project exceeds market expectations, and predictive, when the cost exceeds the contractor’s estimation prior to sanction. He said that owners could do more to control competitive costs, referring to the increase in upstream development costs over the past decade as an immediate area
of focus.

“How do you deal with the rapid increase in costs that we’ve seen with development expenses?” Sills said. “The supply chain is weaker than it has been in decades, and I don’t see very many owners systematically understanding the weakness in the supply chain, and then actually doing something to adjust their strengths to compensate.”

Sills said that, while contractors play a role in predictive costs, poor definition usually falls on the shoulders of the owners. Because owners control the decision quality on the front end, they have the biggest role in determining the project costs.

“When we see projects spin wildly out of control in the execute phase, it’s usually because poor decisions were taken at the front end. No matter how good you are at execution, you can never make up for poorly handled front end,” Sills said.