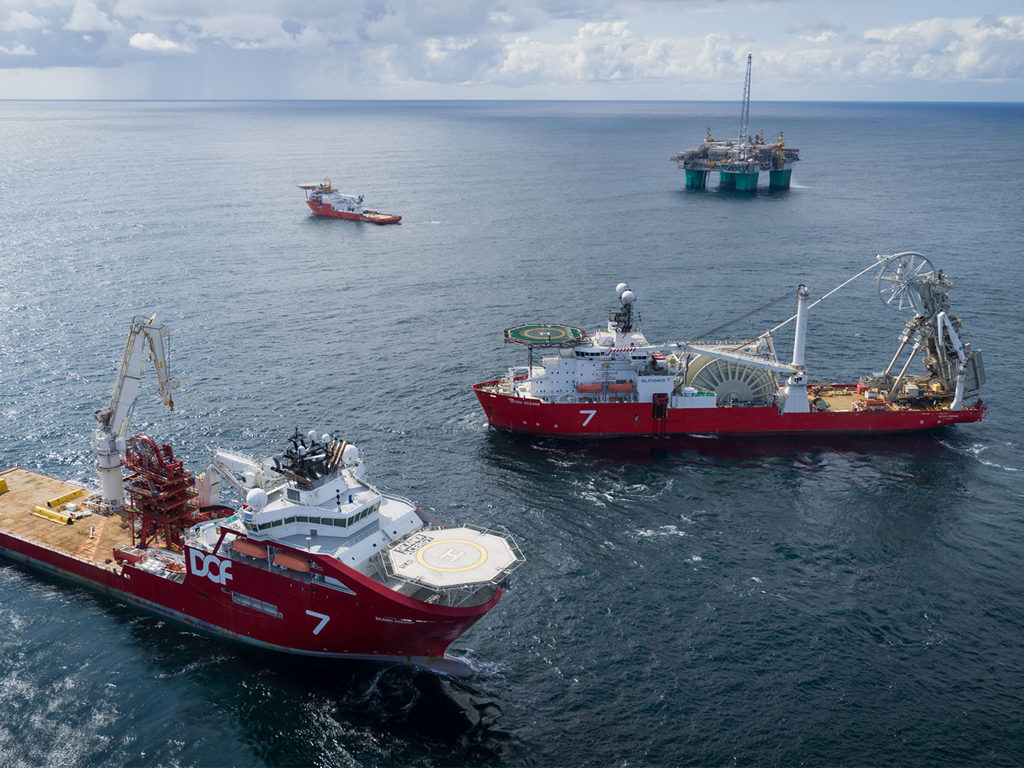 The subsea pipelines and umbilicals have been installed at the Wintershall Dea-operated Nova project in the Norwegian North Sea.

The installation consisted of several work stages. Subsea 7 spearheaded the subsea work and installed the templates on the Nova field before laying 65 km of pipelines using its Seven Oceans vessel, and 20 km of control umbilicals using the Skandi Acergy vessel. Subsea 7 fabricated the pipelines, while Aker fabricated the umbilicals and tie-in systems.

“The safe installation of the pipelines and umbilicals in the field marks another major step towards the completion of the Nova project,” said Wintershall Dea chief technology officer Hugo Dijkgraaf.

The pipelines, umbilicals, and tie-in systems will tie the Nova field back to the nearby Gjøa platform, which will process and export the hydrocarbons, and provide injection water and lift gas for pressure support.

Subsea 7 had previously finished installing two subsea templates for Nova in May, the first major subsea delivery for the project and for Wintershall Dea as a merged entity. Wintershall received sanction from Norway’s Ministry of Petroleum and Energy for its plan for development and operation of the field in October 2018.

Located in the Norwegian North Sea, 120 km northwest of Bergen, Nova will become Wintershall Dea’s fourth operated subsea field in production when it comes on stream. It holds approximately 80 million boe in expected recoverable reserves, the majority of which will be oil. Drilling of the wells is scheduled to start next year, with first oil coming in 2021.

Nova is one of several fields scheduled to tie back to the Gjøa platform. In June, Norwegian authorities approved development plans for two Neptune Energy projects (Duva and Gjøa P1), that are expected to start up in late 2020.