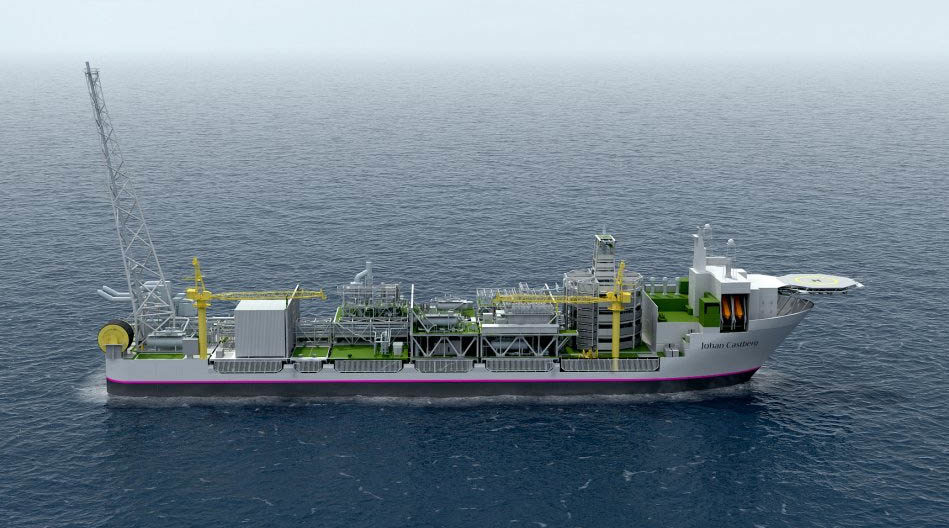 Equinor
Kvaerner is currently working on the delivery of an FPSO for the Equinor-operated Johan Castberg field.

As part of a plan to boost revenue to more than $1 billion over the next four years, Kvaerner announced its plans to push for more floating production, storage, and offloading (FPSO) vessel manufacturing contracts. The engineering and construction company also said it would expand its operations into the offshore wind market as it anticipates a significant boost in wind power projects to come into development.

Kvaerner president and CEO Karl-Petter Løken said Kvaerner has already delivered more than 50 units for offshore wind projects and is involved in early phase work for other operators. The company is looking to expand its wind operations into other regions, particularly offshore Europe and North America.

“The market for the development of offshore wind power is growing exponentially. If such developments are to be profitable for both energy companies and society, it is important that suppliers can contribute with safe and efficient execution. We bring valuable knowledge from the oil industry where the cost over time has been significantly reduced,” Løken said.

On the oil and gas side, Løken said he sees an increasing number of opportunities in Norway and abroad for small unmanned platforms with steel jackets and floating production units with hull storage capacity. Kvaerner is currently executing the delivery of an FPSO to the Johan Castberg field on the NCS. Løken said the company expects to win and execute a series of FPSO projects in the future.

“We have efficient facilities for building platforms,” Løken said. “We believe that we are able to offer one of the world’s best production lines for advanced FPSOs, focusing on secure execution within agreed quality, time, and budget. A consistent activity like this resembles factory operations which will further improve both HSSE and productivity.”

As part of this strategic push, Kvaerner announced an organizational restructuring, with the establishments of new divisions for FPSOs and renewable projects. Kvaerner is aiming for around 40% revenue growth from its 2018 levels by 2023.