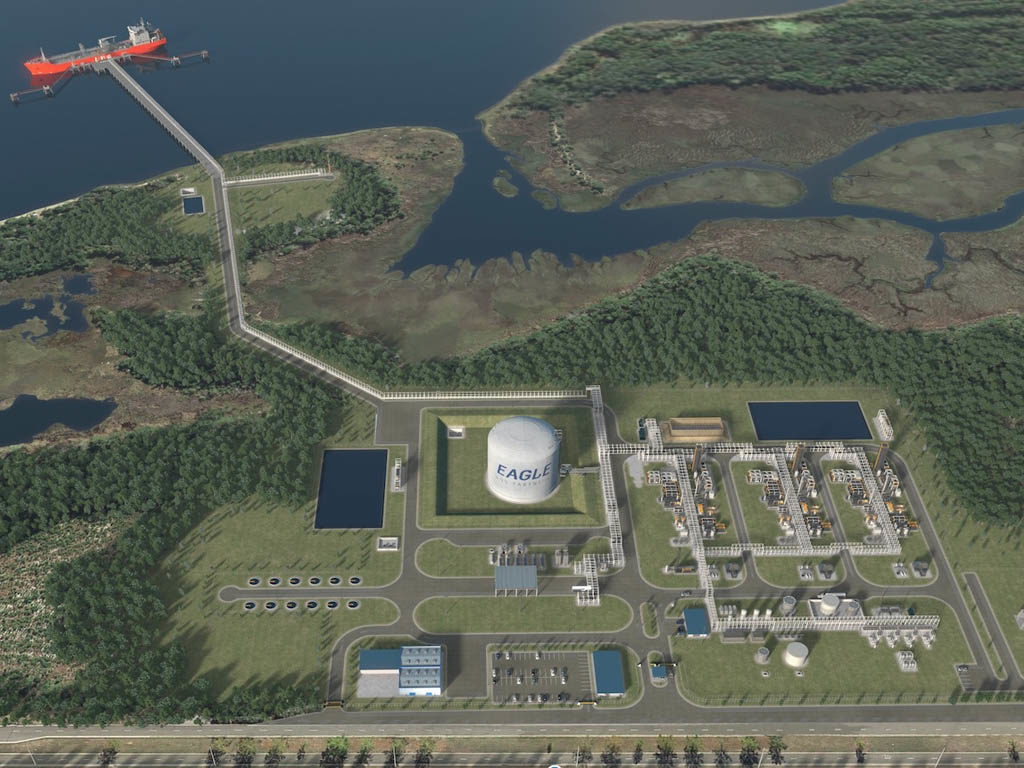 The US Federal Energy Regulatory Commission (FERC) has authorized Eagle LNG to site, construct, and operate a proposed facility located on the St. Johns River in Jacksonville, Florida. The export facility and terminal will have a production capacity of approximately 1.65 million LNG-gal/D, with 12 million LNG-gal of storage plus onsite marine and truck loading capabilities.

Eagle LNG said the Jacksonville LNG project will cost around $500 million to build. It will be located between the Marathon Petroleum marine terminal and the US Navy fuel pier, just north of the St. Johns River Federal Channel. Berthing and mooring facilities will ensure the accommodation of LNG vessels.

The facility will have three trains, each with a production capacity of 44 MMcf/D of domestically produced natural gas. A 45,000-cbm LNG storage tank will be constructed, as well as a marine load-out facility and a dock designed to hand small and mid-sized LNG vessels and bunkering barges. The total project capacity will be around 0.33 mtpa.

The Jacksonville facility will receive natural gas from Peoples Gas System, liquefy it, and store and transfer the LNG onto carriers for export to foreign markets. The small-scale project will help support the export of LNG to markets that cannot be served by large LNG carriers, such as small ports in the Caribbean Sea. In its FERC filing, the company estimated that approximately 40 to 100 LNG carriers will come through the terminal each year once it is operating at full production capacity.