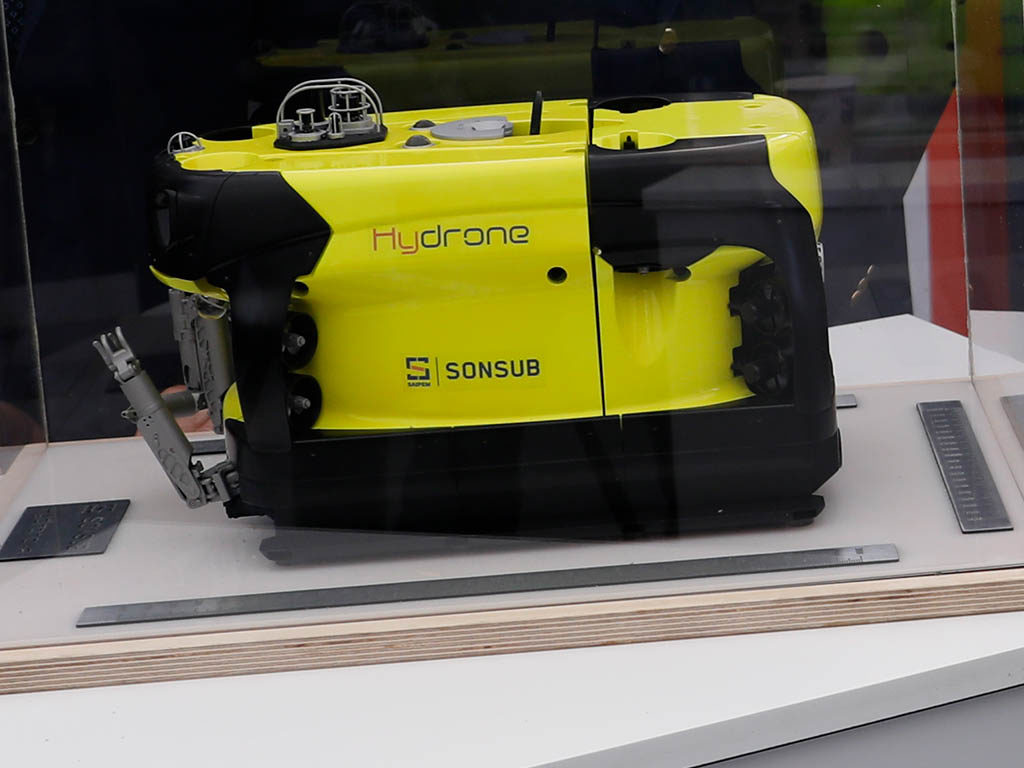 Equinor
: Equinor will use Saipem’s Hydrone-R underwater intervention drone (pictured) for intervention work on the Njord field in the Norwegian North Sea.

Equinor awarded Italian oil contractor Saipem with a multimillion-dollar deal for use of its wireless underwater intervention drone and remotely operated vehicle (ROV) in the Njord field in the Norwegian North Sea. The contract, understood to be around $43 million, is the first contract from an operator for advanced wireless drone services. It is expected to begin when the Njord field resumes production in 2020 and continue for the next decade.

“This is a historic contract in the oil and gas industry,” said Anders Opedal, Equinor’s vice president of technology, projects, and drilling. “We are pleased to secure a contract that will bring subsea technology a big step forward.”

The technology employs an underwater intervention drone (Hydrone-R) and an all-electric work class ROV (Hydrone-W). Equinor said the drone may be autonomous below Njord for months between scheduled maintenance, while the Hydrone-W will be connected to the platform like a traditional ROV. Both are electric and can be operated without a surface vessel.

Hydrone-R is capable of performing light construction works and subsea asset inspection via sensors embedded onboard and artificial intelligence designed for unmanned navigation and autonomous anomaly detection on subsea systems. Upon its launch on 1 July, Saipem claimed it was the first resident subsea drone. It can be connected to subsea infrastructures via through-water communication links.

Hydrone-W will be used for heavy intervention work. It can be operated from a control room or from shore. Equinor said it expects the ROV to be fully developed in 2021. Hydrone-R will perform similar tasks, but it has been assigned what Equinor called a “janitor role” for quick response in unexpected situations.

Hydrone-W and Hydrone-R were two of three vehicles developed under the Hydrone program. Hydrone-R was the first vehicle to be launched in the market.

“It is very exciting to be a pioneer for this type of technology offshore, enabling personnel to plan and perform operations from shore rather than being flown offshore.” said Olav A. Godø, Njord operations manager for Equinor.

Earlier this year, Saipem took the lead in advancing the capabilities of FlatFish, an autonomous underwater vehicle, being developed by Shell for commercial application by 2020. The AUV will be able to perform complex inspections of risers, data harvesting from subsea sensors, contactless monitoring of the cathodic protection systems, and will operate from a “flying-hanging garage” for the launching/recovering and subsea recharging/reprogramming of the AUV from offshore platforms.