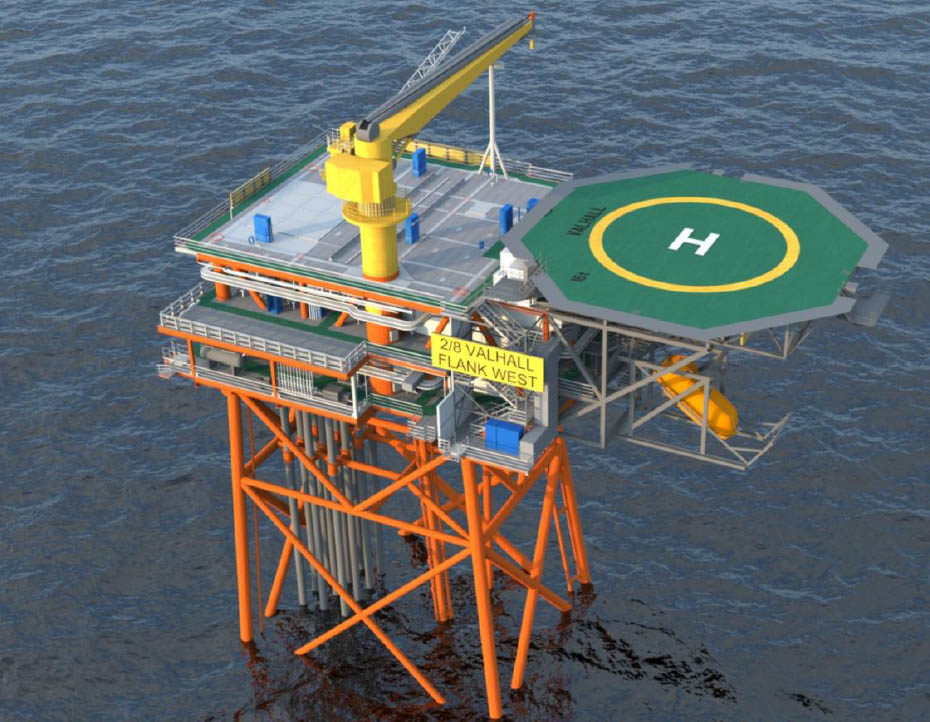 Aker BP now has the go-ahead to start up its Valhall West Flank facility in the North Sea, as the Norwegian Petroleum Directorate (NPD) granted permission for the facility to begin operations this fall.

The 12-slot unmanned facility is a further development of the Valhall field, located in 70-m water depth. It will be remotely controlled from the main Valhall field center, from which it will be connected via a 4-km tieback, including an umbilical and riser system. It is expected to target the Tor formation on the western flank of the Valhall field, which is owned by Aker BP and Hess. Aker BP expects to recover around 60 million BOE from the least developed area of the Valhall field, boosting the field’s recovery rate from 27% to 40%.

“Valhall West Flank is an important measure for further exploitation of the resources in a mature field,” said Tove Francke, the NPD’s assistant director for development and operations, North Sea South.

The West Flank topsides were successfully installed on the field on 22 June, 14 months after the first steel was cut at Kvaerner’s yard in Verdal. The NPD said Aker BP and its partners are investing an estimated NOK 5.4 billion (approximately $600 million) on the project, according to the submitted Plan for Development and Operation.

Valhall started up in 1982, seven years after its discovery. The field surpassed 1 billion BOE produced in 2017, after which Equinor said it plans to produce an additional 500 million BOE over the remainder of the field’s lifetime. The Flank developments are identified unmanned wellhead platforms located between 4 and 6 km from the existing Valhall facilities, where the well streams are processed. The South Flank began production in 2003, and the North Flank came on stream the following year.