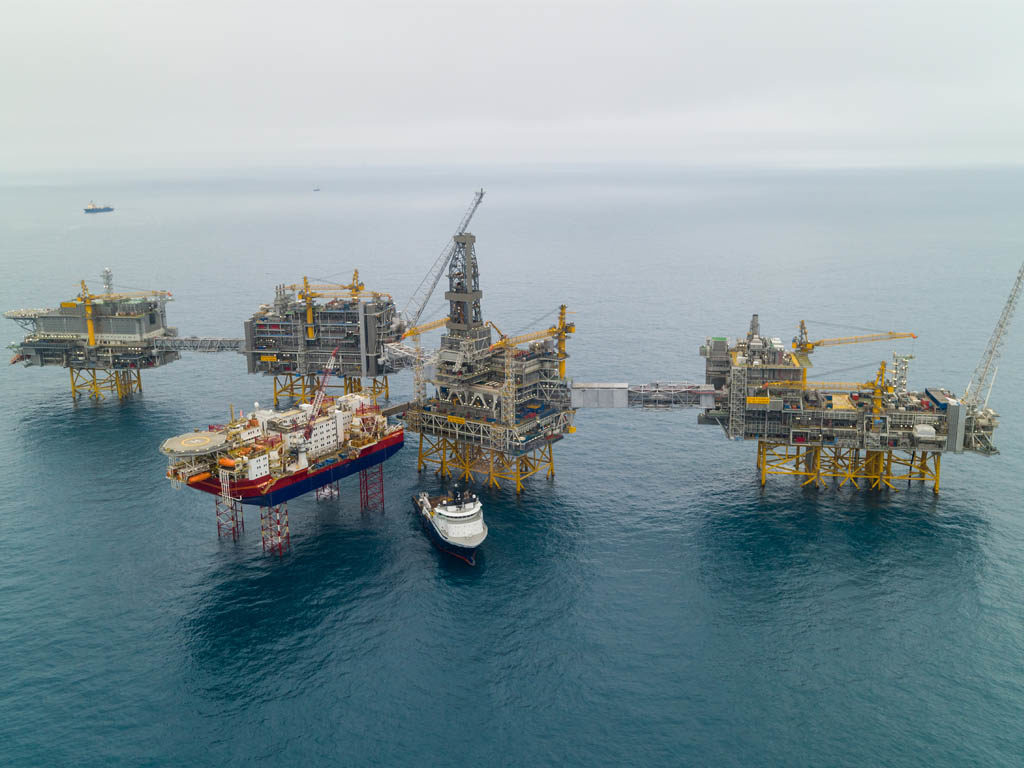 Johan Sverdrup, the oil field expected to account for approximately one-third of Norway’s oil production at its peak, came on stream over the weekend, more than 2 months ahead of schedule.

Located in the Utsira High area of the central Norwegian North Sea, 99 mi west of Stavanger, Johan Sverdrup is the third-largest oil field on the Norwegian Continental Shelf (NCS). It holds expected recoverable reserves of 2.7 billion BOE, and the full field can produce up to 660,000 BOPD at its peak. Equinor, the operator of Johan Sverdrup, said that the field will produce CO2 emissions of “well below” 1 kg/bbl, in large part because it will be powered by electricity from shore.

“Johan Sverdrup coming on stream is a momentous occasion for Equinor, our partners, and suppliers,” Equinor president and CEO Eldar Saetre said in a statement.

The field will be developed in two phases involving five fixed platform installations. The first phase of its field center spans around 2,300 ft and includes an accommodation platform, processing platform, and a riser platform, all linked by bridges. The platforms are supported on steel jackets standing in approximately 360 ft of water. Phase 1 has a 440,000-BOPD production capacity.

The second phase, which is expected to start up in late 2022, will see the field center extended with the addition of a second processing platform supported by a steel jacke, and a connecting bridge. It will also include modifications of the riser platform and the addition of five subsea templates. Production capacity for Phase 2 is 220,000 BOPD.

“This is a milestone for Aker BP. The production from this giant oil field will be a major contributor to Aker BP’s production and earnings growth in the years to come,” Aker BP CEO Karl Johnny Hersvik said.

Johan Sverdrup was sanctioned in August 2015 with a targetd startup data of late December 2019. Equinor said Phase 1 costs were around NOK 83 billion ($9.08 billion), a reduction of around NOK 40 billion from the original estimate. Equinor Executive Vice President, Technology, Projects, and Drilling Anders Opedal said the qualification of new installations technology helped save more than 2 million offshore hours and shaved months off the development schedule.