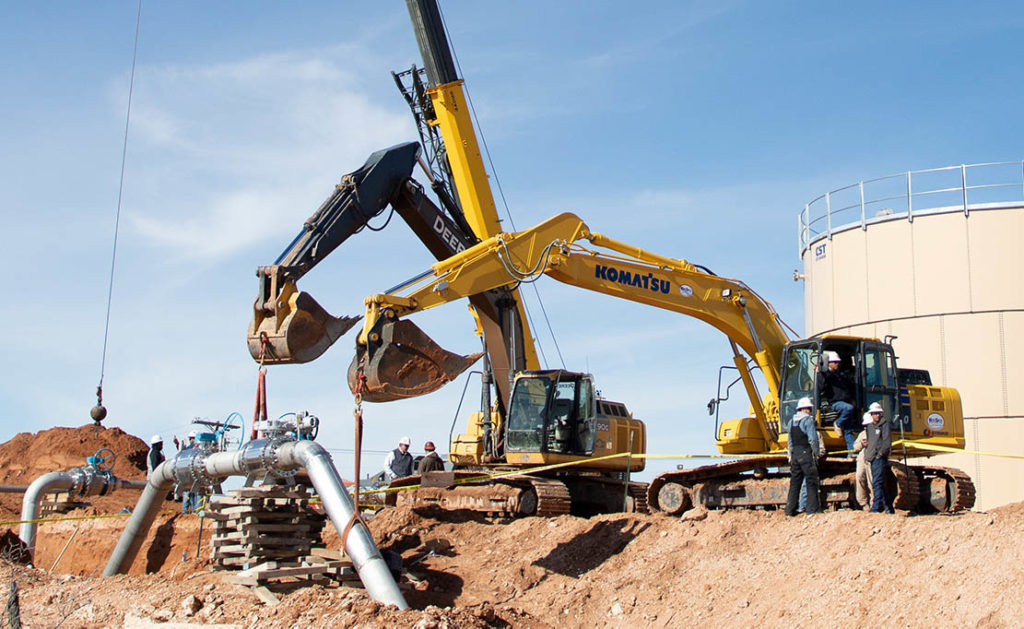 While financial terms were not disclosed, Goodnight said in a statement that the deal would bring Tailwater’s total investment in the company to more than $500 million. Tailwater first invested in Goodnight three years ago. In its report on the transaction, Bloomberg said that Tailwater initially committed about $120 million to Goodnight in 2016, of which $80 million has been used. Bloomberg also reported that a portion of the commitment will come from Tailwater’s fourth midstream energy fund, while the rest will come from a co-investment fund specifically targeting Goodnight.

The news comes two weeks after TPG Capital announced it was calling off a deal to acquire Goodnight from Tailwater and other private investors for $930 Goodnight failed to meet unspecified closing requirements. Bloomberg reported at the time that the Goodnight’s inability to strike a customer contract  with an unidentified major oil company was one of the key factors in the cancellation. Tailwater was expected to retain its stake in Goodnight following the cancellation.

“As a long-standing investor in Goodnight, our focus is on helping to position the company for ongoing success,” Jason Downie, co-founder and managing partner of Tailwater, said in a statement. “We are excited to expand our partnership with the Goodnight team and to provide them with the capital to grow their footprint throughout North America.”

Since receiving its initial investment, Goodnight has expanded its Bakken operations and entered into the Delaware Basin, Midland Basin, and the Eagle Ford shale. The company’s facilities and trans-basin pipeline systems in the Delaware Basin include more than 700,000 B/D of throughput capacity. Its total platform consists of 500 mi of produced water pipelines with 1.6 B/D of throughput capacity.

Goodnight recently signed five new long-term contracts with producers in the Delaware and the Bakken. The company said it expects to see an eighth consecutive year of double-digit volume growth.

“With this capital flexibility, we will continue to meet the increasing demand from our customers for scalable produced water infrastructure solutions,” Goodnight CEO and co-founder Patrick Walker said.

The $600-million deal sees NGL net around 580,000 B/D in disposal capacity and 680,000 B/D in transportation capacity via 19 saltwater disposal wells and a network of produced water pipelines. Hillstone also holds an aggregate of more than 110,000 acres in the Delaware Basin.